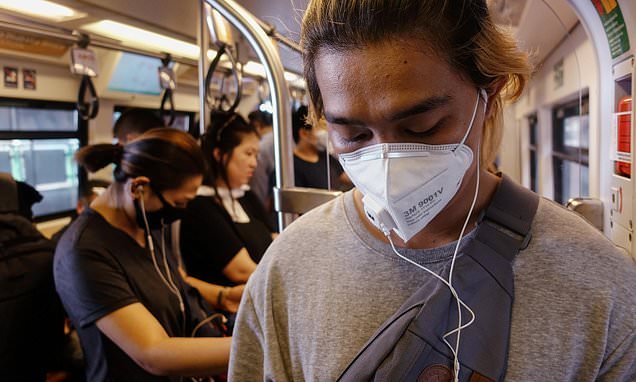 The more polluted the air, the sadder we are, according to a study on social media users.

US researchers have spent years studying the effects of air pollution on people in China, where smog is rife.

But now, a new study presents evidence that the impact on our mental health is just as grave.

Lead author Siqi Zheng, of the Massachusetts Institute of Technology, warns these findings show air quality could impact people’s life decisions, and when you’re not feeling right you may act rashly. 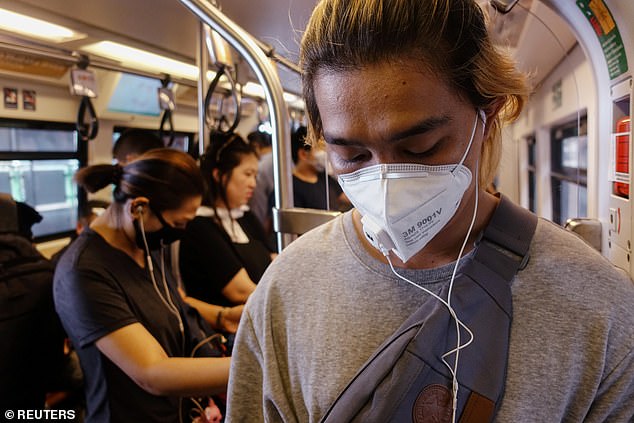 Researchers found a link between air pollution and sadness

‘Pollution also has an emotional cost,’ Zheng says. ‘People are unhappy, and that means they may make irrational decisions.’

On polluted days, people have been shown to be more likely to engage in impulsive and risky behavior that they may later regret, possibly as a result of short-term depression and anxiety, according to Zheng.

‘So we wanted to explore a broader range of effects of air pollution on people’s daily lives in highly polluted Chinese cities,’ she says.

In the past, happiness levels have typically been measured using questionnaires. However, such surveys provide only a single snapshot; people’s responses tend to reflect their overall feeling of well-being, rather than their happiness on particular days.

‘Social media gives a real-time measure of people’s happiness levels and also provides a huge amount of data, across a lot of different cities,’ Zheng says.

Airborne particulate matter has become the primary air pollutant in Chinese cities in recent years, and PM 2.5 particles, which measure less than 2.5 microns in diameter, are particularly dangerous to people’s lungs.

The tweets cover a period from March to November 2014. For each tweet, the researchers applied the machine-trained sentiment analysis algorithm to measure the sentiment of the post.

They then calculated the median value for that city and day, the so-called expressed happiness index, ranging from 0 to 100, with 0 indicating a very negative mood, and 100 a very positive one.

Finally, the researchers merged this index with the daily PM2.5 concentration and weather data.

They found a significantly negative correlation between pollution and happiness levels. What’s more, women were more sensitive to higher pollution levels than men, as were those on higher incomes.

When the researchers looked at the type of cities that the tweets originated from, they found that people from the very cleanest and very dirtiest cities were the most severely affected by pollution levels.

This may be because those people who are particularly concerned about their health and air quality tend to move to clean cities, while those in very dirty cities are more aware of the damage to their health from long-term exposure to pollutants, Zheng says.

Zheng now hopes to continue her research into the impact of pollution on people’s behavior, and to investigate how China’s politicians will respond to the increasing public demand for cleaner air.