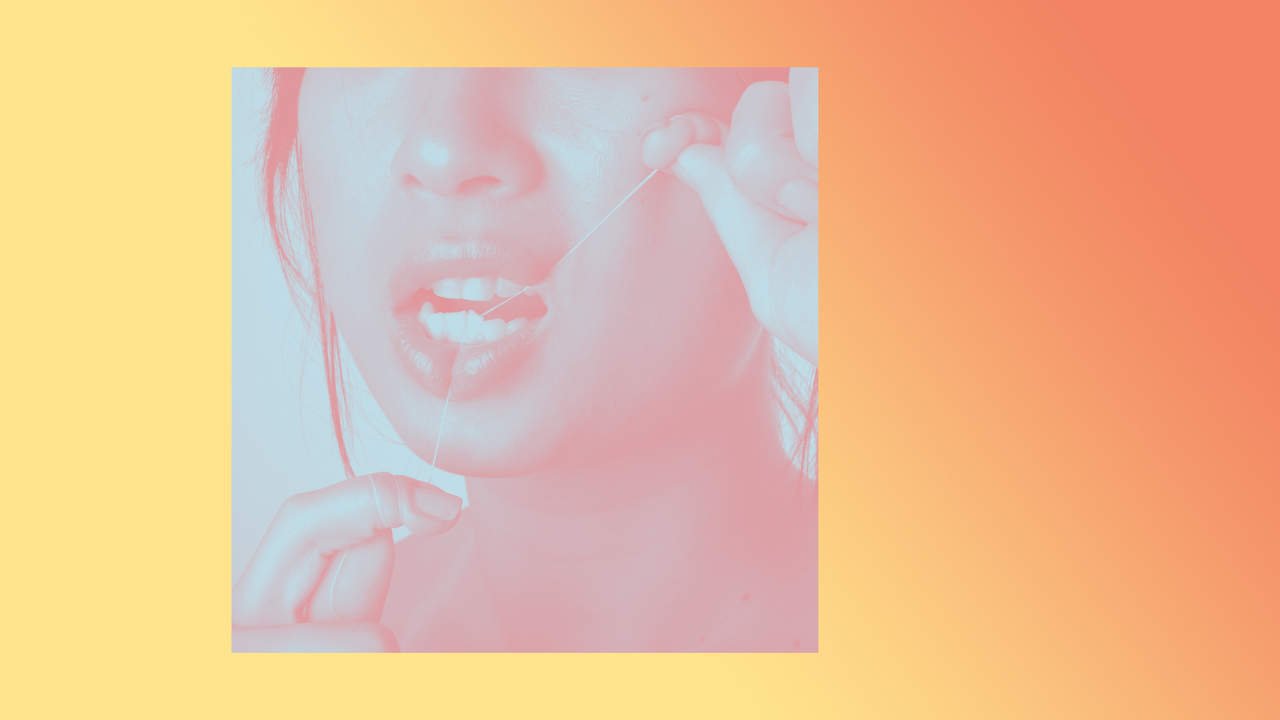 We think of flossing as a healthy habit—but according to a new study, a certain type of floss contains harmful chemicals that may be leaching into our bodies.

Women who used Oral-B Glide dental floss had higher levels of perfuoroalkyl substances (also known as PFAS) in their blood than those who didn’t, finds the new report from the non-profits Silent Spring Institute and Public Health Institute. Tests also confirmed that the company’s Glide floss—along with several of its competitors—contained fluorine, a marker of PFAS chemicals.

That’s concerning, researchers say, since those same compounds have been linked to serious health problems like cancer, fertility issues, and weight gain. But how worried should we be, exactly, about our nightly dental care routine? Here’s what we know so far.

PFAS are a common class of chemical that can help make substances water- and grease-proof. Because of that, they’re present in a lot of consumer goods—like fast-food wrappers, Teflon and other non-stick cookware, flame-retardant fabrics, and water- and stain-resistant clothing, to name just a few. People are exposed to PFAS through the products we use and the foods we eat, and also through household dust and contaminated drinking water.

This is the first time, however, the chemicals have been linked to flossing. The study’s authors say that their findings, published in the Journal of Exposure Science & Environmental Epidemiology, shed new light on how these chemicals end up in our bodies, and how we can limit our exposure by modifying our behavior and making smarter choices when we shop.

What did the study find?

In the new study, researchers took blood samples from 178 middle-aged women—half white, half African American. They also interviewed the women about nine behaviors they thought could be linked to higher PFAS exposure, including regular flossing and fast-food consumption. (They had a hunch that dental floss might be problematic, since some types have been described as Teflon-like.)

They found that women who flossed with Oral-B Glide—which “slides 50% more easily in tight spaces,” according to the company’s website—tended to have higher levels of a PFAS compound called perfluorohexanesulfonic acid, or PFHxS. Digging deeper, the researchers tested 18 different dental flosses, and found that all three Glide products tested contained fluorine, a marker of PFAS.

Two store-brand floss products with “compare to Oral-B Glide” labeling and another brand that described itself as “Teflon fiber” also tested positive for fluorine.

Why exactly should we worry about PFAS again?

Previous research suggests that adults with higher levels of these compounds in their blood are at greater risk of kidney and testicular cancer, high cholesterol, fertility problems, and ulcerative colitis. Elevated PFAS levels are linked to lower birth weights in newborns and to thyroid disease, compromised immunity, and lowered sex and growth hormones in children.

Last year, a Harvard University study found that women with higher levels of PFAS tend to have slower metabolisms and gain back more weight after dieting than those with lower levels. This wasn’t true of men, however, and researchers suspect that the chemicals’ effects on female sex hormones may be responsible.

Scientists have known for years that PFAS are present in many consumer products. But more and more, studies are showing that there is a connection between using these products and a “higher body burden” of PFAS, says lead author Katie Boronow, a staff scientist at Silent Spring. “In other words, these chemicals don’t stay put in products—they migrate out and into people’s bodies,” she tells Health. “And the more you’re exposed, the higher the levels in your body.”

So does this mean we shouldn’t floss anymore?

Hold your horses: No one is saying we should stop flossing. First of all, we know it’s good for us. And second of all, even if flossing with Oral-B Glide is directly responsible for elevated PFAS levels—and that’s a big if, since other studies are needed to confirm this association and show how, exactly the chemicals would migrate into saliva or onto a user’s hands, for example—consumers still have other options.

In their paper, the authors wrote that floss products containing PFAS “are widely available, but that consumers can use advertising claims to help identify them.” In other words, you can avoid PFAS by avoiding Oral-B Glide floss, or any floss that’s marketed for its glideability.

We know what you’re thinking: No, regular floss doesn’t feel as nice on your teeth and gums. But in Boronow’s opinion, reducing your chemical exposure may be worth the trade-off. “Our study found that safer flosses are available, so people can choose to use dental flosses without PFAS,” she says.

How worried should we be about this?

If you have a cabinet full of Oral-B Glide floss at home right now, or you’ve been using it religiously for the past several years, don’t freak out. The truth is, we all have PFAS in our bodies—from lots of different sources—and it’s smarter to focus on avoiding future exposure rather than worry about what’s already happened.

Take non-stick cookware, for example. Last year, Tom Brutton, PhD, a fellow and PFAS researcher at the Green Science Policy Institute, told Health that consumers don’t have to throw out pots and pans they already own—but that they shouldn’t stock up on new Teflon products, either.

“The exposure to you from your use of that pan isn’t going to be so huge that it represents a significant health threat,” Brutton said. “But when it’s time to buy a new one, perhaps look for one that doesn’t contain PFAS.”

We’re going to guess that the same advice might apply to your dental floss, as well. Then again, floss isn’t nearly as expensive as an entire set of cookware, so if you’d rather be safe than sorry, it probably won’t hurt—not much, at least—to toss your current stash and start fresh.

We reached out to Procter & Gamble, Oral-B’s parent company, for their reaction to the study, but haven’t heard back yet. (A representative told the New York Post that they “stand by the safety of all our products.”) As far as the study authors are concerned, their advice for people who want to limit their exposure to harmful chemicals is to use dental floss without PFAS—and to check out their free Detox Me app for other ways to protect themselves from harmful chemicals in everyday products.

Overall, Boronow says, this study lends more evidence to the idea that consumer products are an important source of PFAS exposure. “Because there are so many sources of PFAS, and every exposure adds up,” she says, “any steps that people can take to reduce their exposure is a good thing.”

To get our top stories delivered to your inbox, sign up for the Healthy Living newsletter