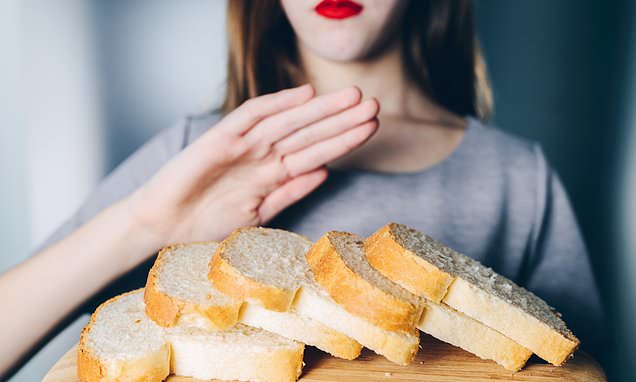 An additive commonly used to make food last longer and give it better texture may be a cause of celiac disease, a new study suggests.

The additive, called microbial transglutaminase – also known as ‘meat glue’ – is similar to enzymes that naturally occur in the body which are the targets of the autoimmune response known as celiac disease.

At least three million Americans have celiac disease, but the cause remains largely a mystery.

But researchers at the Aesu.Kipp Institute in Germany now think that the ‘disease’ may be a reaction to the foreign additive – and that our own gluten enzymes might get attacked thanks to a case of mistaken identity. 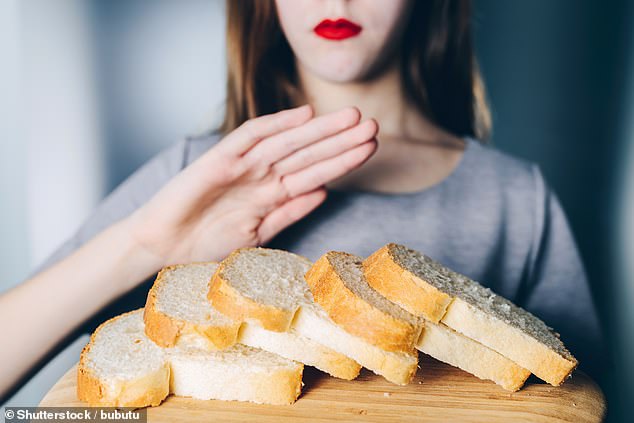 ‘Gluten free’ has almost become a punch line. There is widespread confusion about if a gluten free diet is best, for whom and certainly why.

This is in part because gluten allergies, gluten intolerance and celiac disease are all separate things.

Only about one in 100 people has celiac disease, which is partly genetic, as everyone with confirmed celiac disease has one of two variants of a particular gene, but so do about a third of people without the disease.

Gluten is a difficult compound for anyone to process because of its chemical structure.

But for those with celiac disease, the immune system sees the proteins in wheat and barley as though they were pathogens and sets off a cascade of immune responses that are hard on the body, specifically, the small intestine, causing stomach upset, indigestion, gas, diarrhea, vomiting and nausea.

So it stands to reason that additional gluten enzymes would be a nightmare for a celiac disease sufferer.

And that’s exactly what the makers of a number of kinds of food prodcuts do.

Everything from cheese and dairy products to processed meats, bakery and bread products and even ‘edible films’ may contain added transglutaminase.

The chemically sticky substance is great for food manufacturers because it makes food last longer on the shelf and can improve its texture to seem more moist and springy.

WHAT IS CELIAC DISEASE?

Celiac disease is a genetic autoimmune disorder in which gluten leads to damage in the small intestine.

Gluten provokes inflammation in the small intestine which affects the body’s ability to absorb nutrients from food.

The condition is estimated to affect one in 100 people worldwide.

One percent – or three million Americans – are living with celiac disease.

There are more than 200 symptoms of celiac disease but the more common ones are:

The only treatment for the disease and is a strict gluten-free diet.

Only foods and beverages with a gluten content less than 20 parts per million are allowed.

‘This enzyme functions like the transglutaminase produced by our body, which is known to be the target of autoimmunity in celiac disease.’

Not only is there a biochemical basis for this theory, as transglutanimase has been added to more and more foods, rates of celiac disease have risen in parallel.

Our own innate transglutanimase exists in the gut in small enough amounts that it doesn’t disrupt our digestion or ability to absorb nutrients so much, but the German researchers think that outside factors like stress and extra enzyme in processed foods could exacerbate the issue, perhaps contributing to celiac disease.

People suffering form the autoimmune disorder may be facing compounding factors. Bits of gluten that are hard to break down bind with the additional transglutaminase, which makes them harder still to break down.

Celiac disease sufferers have gene variants that make their immune systems suspicious, so to speak, that gluten enzyme compounds are foreign invaders.

So the immune system sounds the alarm and attacks.

That may mean, Dr Lerner and his team think, that the introduced microbial transglutaminase is the real target – and our own natural gluten enzymes are collateral damage.

And if they’re right, meat glue and processed foods may be a cause of celiac disease – though it’s too soon to say for certain.

‘Ultimately all we have so far are associations between microbial transglutaminase and celiac disease. To test whether this enzyme causes or triggers immune damage in celiac disease will require experimenting with exposure in animal models, intestinal cell lines or biopsies,’ said Dr Lerner.

For now, it doesn’t change the best course of symptom management for celiac disease: avoid gluten.

But, it does suggest that clear labeling of foods that use microbial transglutaminase might help celiac sufferers to avoid foods that at least they may not have expected to worsen their symptoms and, at most, might even cause their disease.