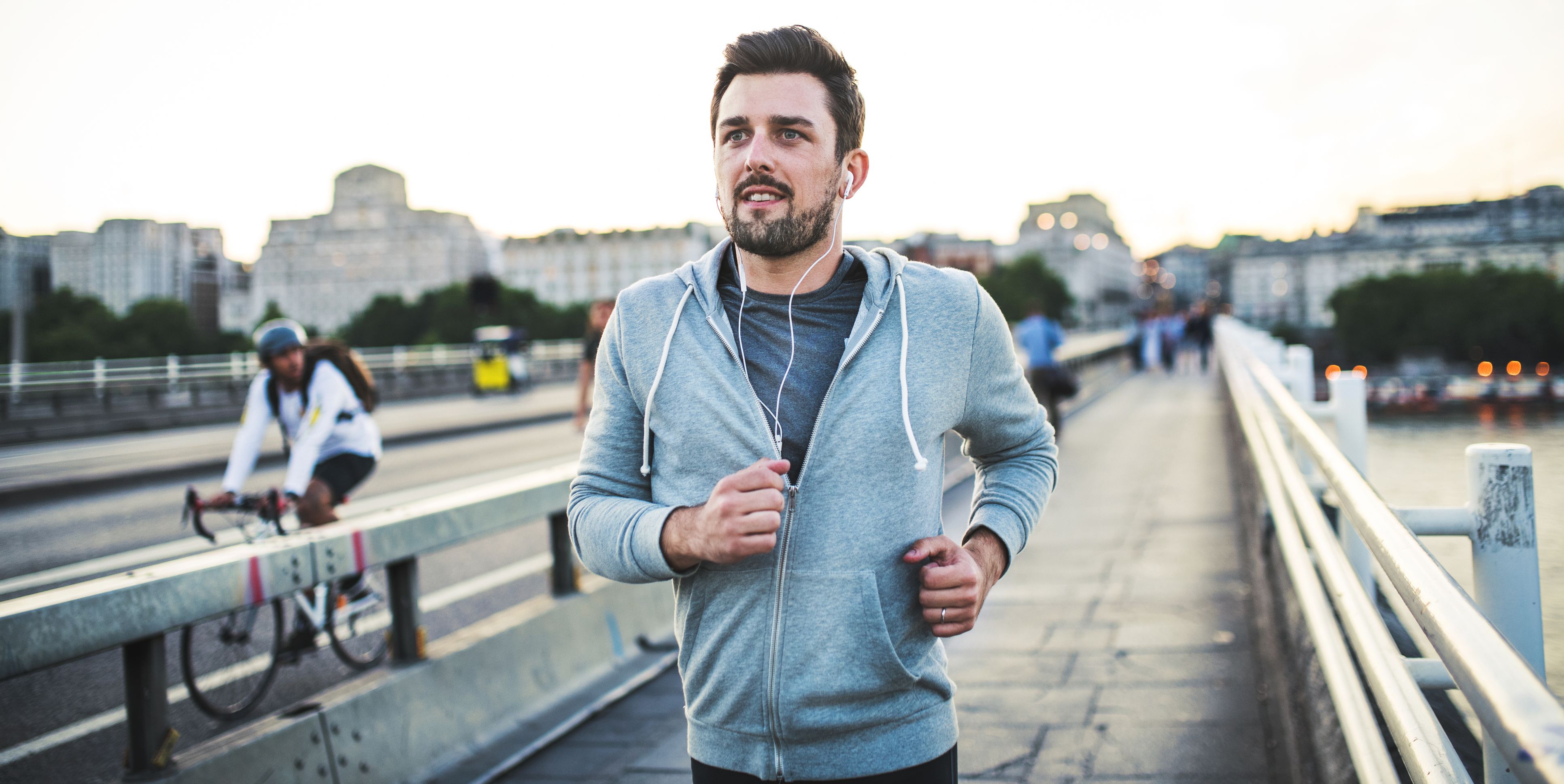 It’s simple math: If you don’t run and then you start running, you’re probably going to lose weight. That’s because, to boil it down, “weight loss is a matter of calories in versus calories out,” says Tedd Keating, Ph.D., an associate professor of kinesiology at Manhattan College in New York. In starting to run, “you just tipped the scale toward the latter.” In fact, running is great for initial weight loss. Research shows it calls for so many muscles to work together, which requires more energy, so it burns more calories than some other exercises.

The problem is, as with any exercise routine, when you do the same thing over and over again, your body eventually adapts. Most runners start out by simply doing relatively low- to moderate-intensity steady state running. The more you do that, the more efficient your body will become at that specific workout—which means it will learn to use as little energy as possible to exert the same amount of effort. And that’s what leads to a weight loss plateau.

The same paces and distances won’t produce the same results once we become fit.

“Beginner runners become much more economical over time, meaning a little less calorie burn per unit of time at the same pace,” Keating explains. And that’s a good thing, but if we want to continually challenge our bodies, grow stronger, and use cardio for weight loss, “it means we have to continually turn this up and mix it up a bit—the same paces and distances won’t produce the same results once we become fit,” he says.

So what are you supposed to do when your body adapts to running (i.e. the same distances you started with feel easy)? “Once something stops challenging your body, you need to find a new way to challenge it at a muscular level,” says Jason Martuscello, a certified strength and conditioning specialist. But don’t panic—you don’t have to hang up your running shoes and start a new sport. You can shock your system with running, Martuscello says, you just need to change the stimulus: run faster, run farther, or run on different terrain.

Doing all of those things is the most beneficial to sustaining the weight loss benefits of running, and that’s called periodization. Picture a race training plan, which calls for cycles of different types of running and recovery—that’s periodization. “Periodization can be key to sustaining progress,” Keating says. “An example would be incorporating long, slow distance runs, tempo runs (shorter, faster-paced runs), as well as interval runs into your weekly training program.”

You’ve probably heard of HIIT, or high-intensity interval training. HIIT that involves running is one of the best ways to shock your system into a higher rate of efficiency. “Interval-style training enables you to work at higher intensities for longer durations—which is good for long-term weight loss results,” says Keating.

Interval training also revs up your body’s afterburn. “People generally think about just burning calories when we work out, but we also burn them after exercise,” says Martuscello. “Higher-intensity workouts require higher EPOC, or excess post-exercise oxygen consumption,” which brings your body back to a normal resting state—and, yes, that requires energy. HIIT also increases your metabolism post-exercise more than jogging, according to a study published in the journal Sports Medicine Open.

Plus, HIIT is super accessible to runners who aren’t quite ready to start picking up the pace over longer distances. “The science is very clear on this: You don’t need to do a lot of HIIT,” Martuscello says. “You could head to the gym, and just do three 30-second, all-out sprints on the treadmill, and you’re really going to feel it in your legs.” On those days, add in some strength training, too—that’ll help you build muscle, which boosts your resting metabolic rate, or RMR; the higher your RMR, the more calories you’re going to burn overall.

Or just work HIIT into your regular runs. Instead of running at a continuous pace, pick up your speed throughout your run—over three miles, for example, you could sprint for 10 seconds every half mile. It’s that easy.

Once a workout clicks, it’s easy to develop a one-track mind—especially with running, where all you have to do is throw on your sneakers and get out the door. But even a different type of cardio can excite your body enough to jolt you out of a weight loss rut.

Swimming is a great cardio option for runners. First, despite being a total-body exercise, it’s actually a restorative workout. “Since you’re stressing different muscle groups, swimming allows for better replenishment of glycogen stores (stored glucose) for the next workout,” says Keating. Try swimming a few laps in the pool interspersed with rest periods or simple treading water or pool running on a non-run day.

Riding a bike can also act as an active recovery for running, while still providing you with an intense cardio workout. “It’s a little more quad-oriented than running, and helps give your hamstrings a little bit of a rest,” says Keating. Both cycling and swimming are low-impact workouts that can give your legs a bit of a break while still working your muscles—a win-win.

And there are other alternatives that provide plenty of calorie burn while being easier on your body: think ellipticals, aqua jogging or cycling, jump roping. “Anything that engages similar muscles and stimulates your heart rate is going to work,” says Martuscello.

Switching between running and any other form of cardio is going to keep your body—and metabolism—from getting used to a routine, which means it’ll keep working hard to burn calories. And there’s another benefit, too: “Mixing things up keeps you from getting bored,” says Keating. And the key to all of this is finding motivation to stick with it. “To see results, exercise needs to become a habit.”

From: Runner’s World US