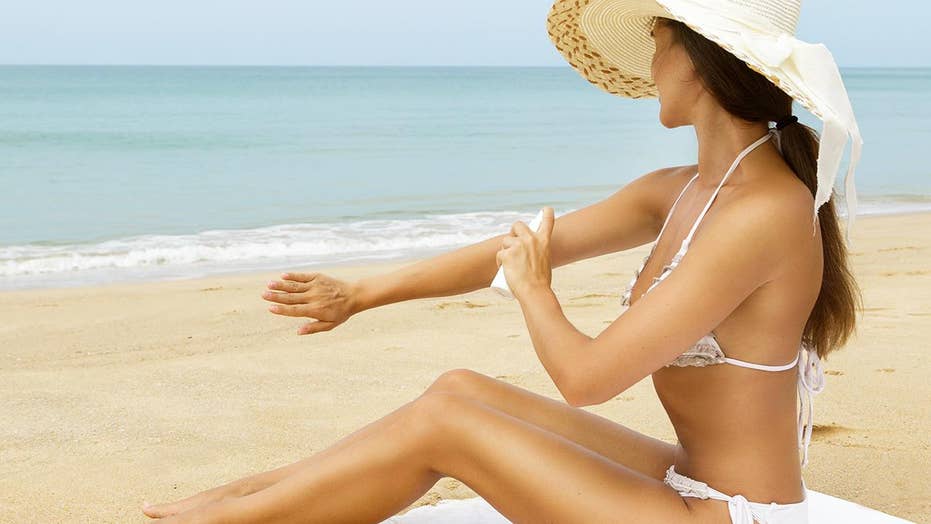 Sunscreen 101: what to know before you head outside

New York dermatologist, Dr. Whitney Bowe believes not all sunscreens are made equal. She shares her favorite sunscreens for adults and children and reveals why you can’t rely on last year’s lotions.

When people slather on sunscreen, chemicals in the products are absorbed into the bloodstream, and the health effects are still unknown, a new government study reports.

The study, conducted by researchers at the U.S. Food and Drug Administration (FDA), found that sunscreen chemicals leach into people's blood rather quickly and reach levels high enough to warrant further testing on the substances' safety.

The study was small, involving only two dozen people. But it is one of the first to precisely examine levels of sunscreen chemicals in people's blood when the products are used as directed, and it's one of the first to examine how long the chemicals stay in the blood. [5 Things You Didn't Know About Sunscreen]

However, scientists don't know if these chemicals pose health risks at the levels seen in the study.

Importantly, the findings, published today (May 6) in the journal JAMA, do not mean that people should stop using sunscreen, especially given the very serious and well-known risks of sun exposure, researchers said.

"[People] should absolutely still use sunscreen" and follow recommendations to protect themselves from the sun, said Dr. Kanade Shinkai, a dermatologist at the University of California, San Francisco, who co-authored an editorial accompanying the study. "We definitely know that the sun can cause skin cancer and melanoma."

But the findings highlight the need for further research into the potential health effects of these chemicals when they wind up in the blood. "The concern is that we just don't know what the systemic [blood] absorption data mean," Shinkai told Live Science.

Although sunscreens are widely used, there's been surprisingly little research on the safety and effectiveness of many chemicals commonly found in the products.

In the new study, 24 healthy adults volunteered to have sunscreen applied to their skin four times a day for four days. The participants were divided into four groups that each received a different sunscreen formulation (a lotion, a cream or one of two different sunscreen sprays).

The researchers applied the recommended amount of sunscreen — specifically, 2 milligrams of sunscreen per square centimeter (0.2 square inches) of skin — to 75 percent of each participant's body.

The participants stayed in the laboratory for up to seven days and weren't actually exposed to sunlight. They each had 30 blood samples taken over the course of their stay.

The researchers examined blood levels of four common sunscreen ingredients: avobenzone, oxybenzone, octocrylene and ecamsule. They wanted to see whether the blood concentrations of these chemicals surpassed 0.5 nanograms per milliliter, a threshold set by the FDA in 2016. The agency says that any medication that is absorbed into the blood at levels that exceed this threshold should undergo additional safety studies.

The results revealed that within just one day of sunscreen application, all four chemicals were found in people's blood at levels exceeding the threshold.

What's more, the blood levels of these chemicals increased in subsequent days as the sunscreen was reapplied, suggesting that the chemicals may accumulate in the blood over time.

Shinkai, who wasn't involved with the new research, stressed that the new findings don't mean that chemical sunscreens are unsafe. But the results do suggest that these ingredients will need to undergo the same type of safety testing done for other "systemic" medications (ones that get into the blood), she said. Such studies would look at whether exposure to these chemicals in the blood is tied to any potential cancer risks or effects on the reproductive system.

The researchers noted that their study was conducted indoors, without exposure to sunlight or heat — factors that could affect how well sunscreen chemicals are absorbed into the blood. Further studies will also be needed to examine whether blood absorption levels vary based on certain factors, such as a person's skin type, age and how much sunscreen they apply.

In February, the FDA proposed new rules aimed at improving sunscreen safety and asked the sunscreen industry for additional evidence on the safety of 12 common sunscreen ingredients. In theory, if manufacturers don't submit this data by November, all of the sunscreens that contain these 12 chemicals could be pulled from the market, Shinkai said. However, Shinkai added that she expects that manufacturers will ask for an extension on this deadline, which may be granted if they show that they are committed to conducting the safety studies.

In the meantime, if people are worried about sunscreen chemicals, they should know that some sunscreen ingredients don't leach into the blood and are generally recognized as safe. These include zinc oxide and titanium dioxide; both are ingredients in so-called mineral sunscreens. Such products work by coating the skin and reflecting light, rather than by absorbing light as chemical sunscreens do, Shinkai said.

It's important to note that using sunscreen is just one of the recommended ways for people to protect themselves from the sun. Other methods include seeking shade and wearing protective clothing, hats and sunglasses, according to the Centers for Disease Control and Prevention.

10 Do's and Don'ts to Reduce Your Risk of Cancer

Is Expired Sunscreen Better Than No Sunscreen?