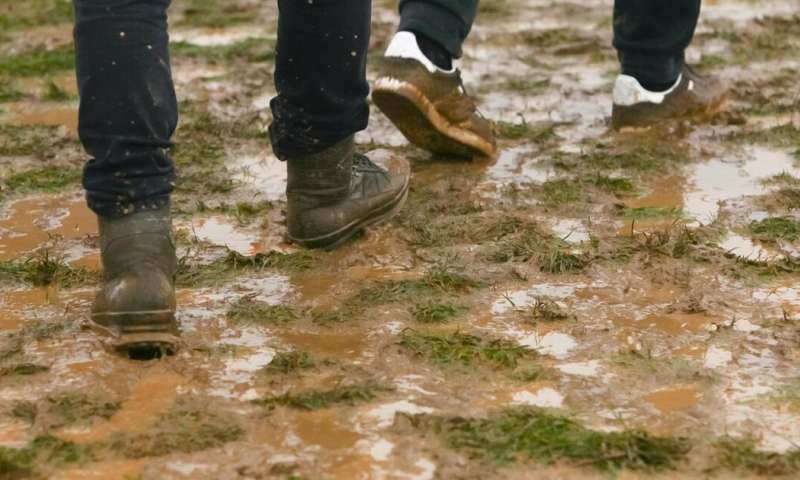 The devastating Townsville floods have receded but the clean up is being complicated by the appearance of a serious bacterial infection known as melioidosis. One person has died from melioidosis and nine others have been diagnosed with the disease over the past week.

The bacteria that causes the disease, Burkholderia pseudomallei, is a hardy bug that lives around 30cm deep in clay soil. Events that disturb the soil, such as heavy rains and floods, bring B. pseudomallei to the surface, where it can enter the body through through a small break in the skin (that a person may not even be aware of), or by other means.

Melioidosis may cause an ulcer at that site, and from there, spread to multiple sites in the body via the bloodstream. Alternatively, the bacterium can be inhaled, after which it travels to the lungs, and again may spread via the bloodstream. Less commonly, it’s ingested.

Melioidosis was first identified in the early 20th century among drug users in Myanmar. These days, cases tend to concentrate in Southeast Asia and the top end of northern Australia.

Melioidosis can cause a variety of symptoms, but often presents as a non-specific flu-like illness with fever, headache, cough, shortness of breath, disorientation, and pain in the stomach, muscles or joints.

People with underlying conditions that impair their immune system – such as diabetes, chronic kidney or lung disease, and alcohol use disorder – are more likely to become sick from the infection.

The majority of healthy people infected by melioidosis won’t have any symptoms, but just because you’re healthy, doesn’t mean you’re immune: around 20% of people who become acutely ill with melioidosis have no identifiable risk factors.

People typically become sick between one and 21 days after being infected. But in a minority of cases, this incubation period can be much longer, with one case occurring after 62 years.

How does it make you sick?

While most people who are sick with melioidosis will have an acute illness, lasting a short time, a small number can have a grumbling infection persisting for months.

One of the most common manifestations of melioidosis is infection of the lungs (pneumonia), which can occur either via infection through the skin, or inhalation of B. pseudomallei.

The challenges in treating this organism, though, arise from its ability to form large pockets of pus (abscesses) in virtually any part of the body. Abscesses can be harder to treat with antibiotics alone and may also require drainage by a surgeon or radiologist.

How is it treated?

Thankfully, a number of antibiotics can kill B. pseudomallei. Those recovering from the infection will need to take antibiotics for at least three months to cure it completely.

If you think you might have melioidosis, seek medical attention immediately. A prompt clinical assessment will determine the level of care you need, and allow antibiotic therapy to be started in a timely manner.

Your blood and any obviously infected body fluids (sputum, pus, and so on) will also be tested for B. pseudomallei or other pathogens that may be causing the illness.