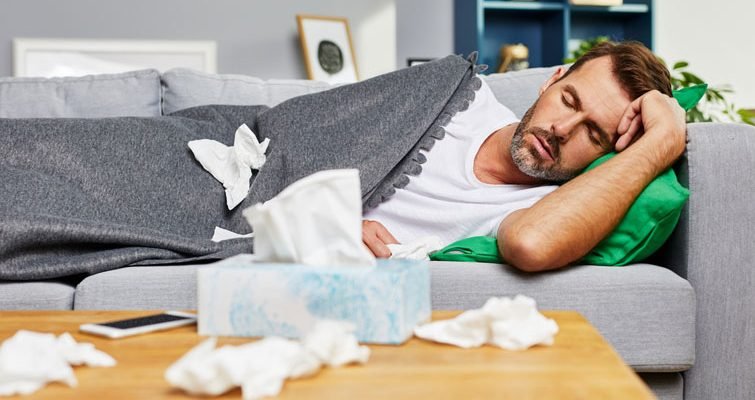 Not only cold, but also a low relative humidity favors infection with the flu virus. Researchers from Yale have found three reasons why dry air affected the respiratory tract and the immune system and so more susceptible to infection.

It is known that dry air in combination with low temperatures facilitates the Transmission of viruses. Why this is so, a research team at the Department of Immunobiology at Yale University studied under the guidance of Prof. Akiko Iwasaki. You tested how susceptible mice to virus infections, if they are kept at different humidity.

A low humidity led to the cilia on the cells of the respiratory tract less able to remove virus particles and mucus. The ability of the airway cells to repair damage caused by viruses was reduced. In addition, the virus filled cells infected at low humidity less substances messengers to the neighboring cells on the viral threat. This, the researchers report in the journal Proceedings of the National Academy of Sciences of the United States of America (PNAS).

A low humidity is not the only cause of flu outbreaks, but the humidifier could afford according to the researchers, good services, to reduce flu symptoms and speed the recovery.

In the Experiment, the scientists tested how resistant the mice are under different conditions against flu infections. The animals were kept in chambers at the same temperature, but either at a low or normal humidity. Then they were confronted with Influenza A virus, while the researchers observed the reactions of the respiratory tract and the immune system.