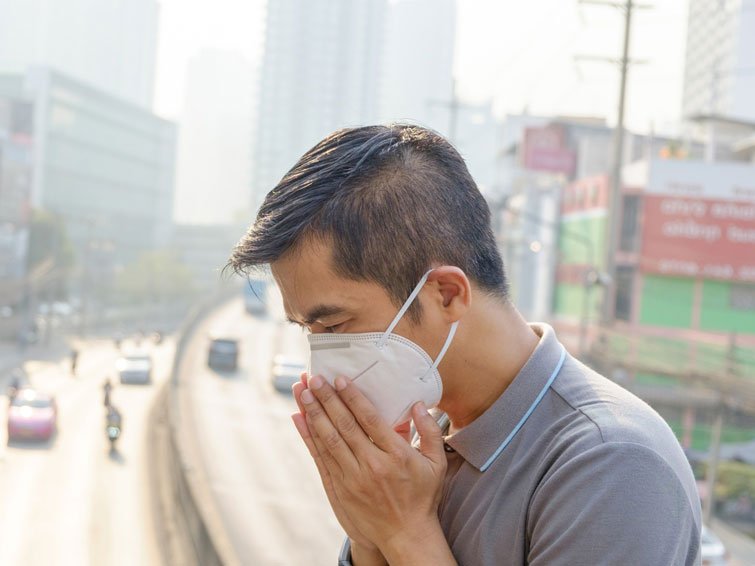 Fine dust, nitrogen oxides and Co not only have a negative impact on physical health, but also to the mood: a Chinese study suggests. Especially women are sensitive.

Researchers from China and America have analysed the mood in 210 million Tweets of people from major Chinese cities and found that the people are unhappy, when air pollution is high. On days with high particulate pollution, the people showed a more impulsive and risky behaviour. The researchers assume that this could possibly be the consequence of short-term depression and anxiety. Research Director Siqi Zheng from the Massachusetts Institute of Technology &quot notes: ;Environmental pollution also has emotional costs. The people are unhappy, and the result is that you may take irrational decisions."

Air pollution in the metropolises of China, a big Problem. Researchers at the University of Hong Kong estimate that in China, 1.1 million people die prematurely due to the high air pollution. In spite of the high economic growth rate of eight per cent, the satisfaction of living in cities, Chinese people does not increase as expected. Your quality of life suffers from the air pollution caused by the industrialization of the country, the burning of coal and the increasing car traffic. More Worry about the Chinese rising housing prices, the food security and inadequate public services.

Researchers from China and America, had studied between March and November 2014, the mood in 210 million Tweets of people from 144 major Chinese cities. With a machine-learning algorithm, the mood of the Tweets was analyzed and compared with the weather as well as Fine particulate emissions with particles up to a size of 2.5 micrometers at the given time.