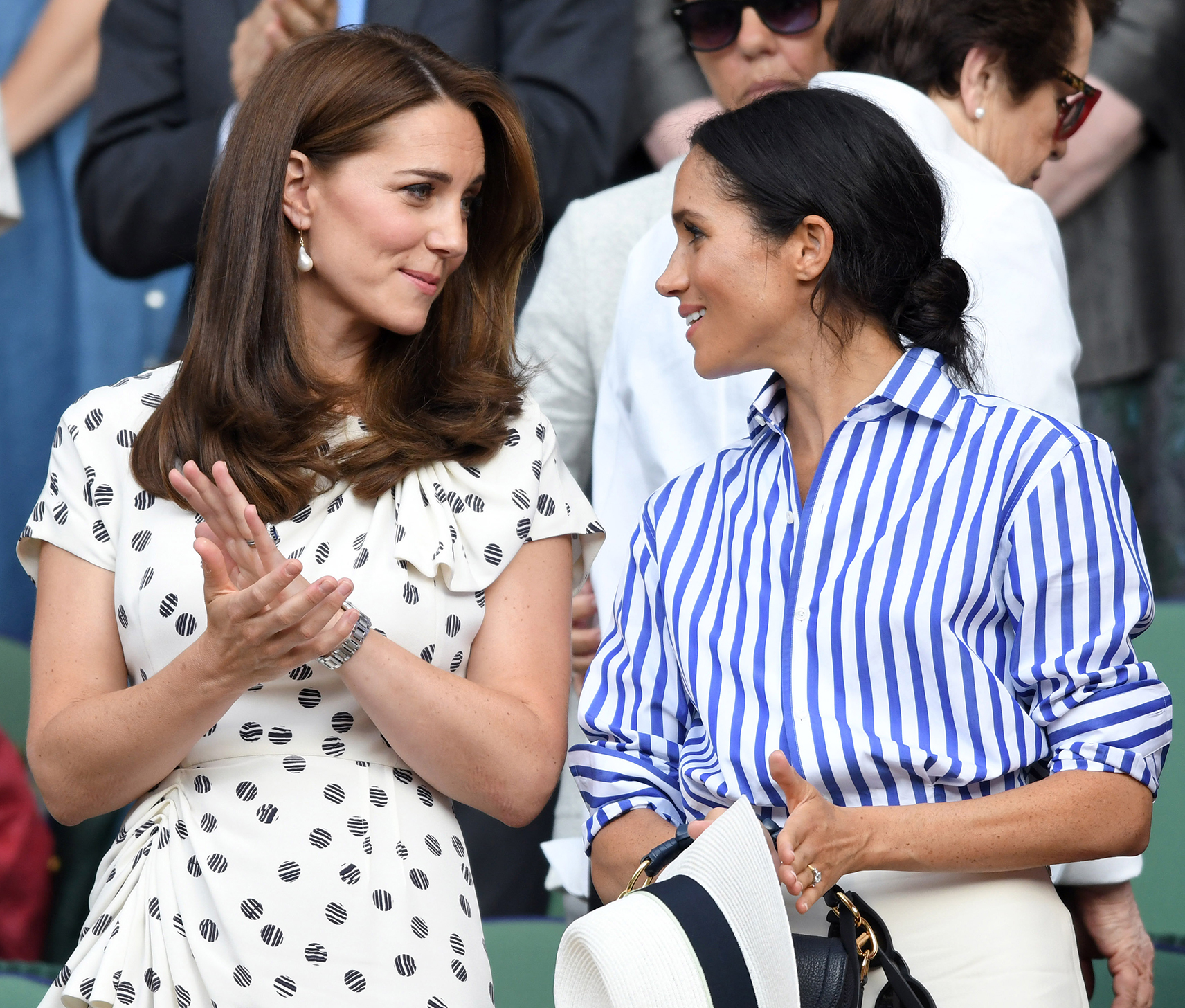 “Meghan and Kate will be spending a lot more time together,” a palace insider says in this week’s issue of Us Weekly. “Now that they’re bonding over motherhood, they’ve become closer than ever.”

The Duchess of Sussex, 37, and her husband, Prince Harry, became parents on May 6 and announced their son’s arrival on Instagram. “We are pleased to announce that Their Royal Highnesses The Duke and Duchess of Sussex welcomed their firstborn child in the early morning on May 6th, 2019,” the reveal read. “Their Royal Highnesses’ son weighs 7lbs. 3oz. The duchess and baby are both healthy and well, and the couple thank members of the public for their shared excitement and support during this very special time in their lives.”

On Wednesday, May 8, the royal pair announced their infant’s name — Archie Harrison Mountbatten-Windsor.

The Duchess of Cambridge, 37, and her husband, Prince William, share three children. Prince George, 5, arrived in 2013. He became a big brother two years later when Princess Charlotte, 4, was born, followed by Prince Louis, 12 months, in April 2018.

Kate congratulated Meghan and Harry on their little one’s arrival the day after his birth. “It’s such a great time to have a baby,” she said at the time. “Spring is in the air. It’s pretty great. [William and I] look forward to meeting him. … It’s really exciting for both of them.”

She and her husband visited the little one on Tuesday, May 14. ““Kate and William met Baby Sussex early this afternoon,” an insider told Us at the time. “Kate and William went over to Meghan and Harry’s to meet their new nephew in a private affair.”

For more details on Archie’s first week, watch the video above and pick up the new issue of Us Weekly, on newsstands now!