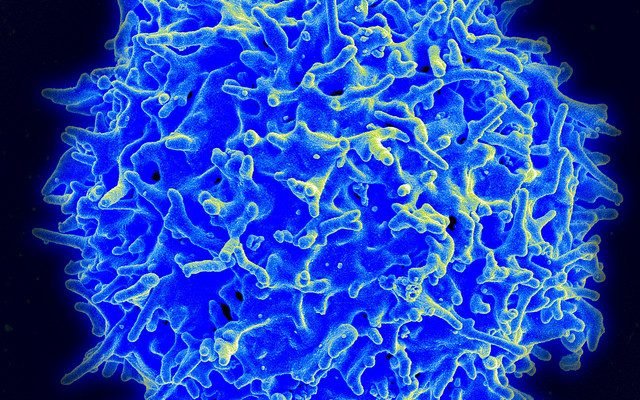 The scientific community has made great strides over the past decade in the development of a new class of cancer therapy called immunotherapy, a treatment that activates a patient’s own immune system to target cancer cells. One type of immunotherapy called chimeric antigen receptor (CAR) T cell therapy has shown pronounced activity in certain cancers, and two CAR T therapies, Kymriah and Yescarta, have received approval from the Food and Drug Administration to treat acute lymphoblastic leukemia and large B-cell lymphoma. However, despite the progress being made, scientists have not been completely certain of how CAR T cells function mechanistically. A team of Moffitt Cancer Center researchers addressed this uncertainty and characterized the mechanism of action of these new agents in a new article published this week in Science Signaling.

CAR T cells are unique among immunotherapies in that they are composed of a patient’s own immune cells. They are made by collecting and separating T cells from a patient’s blood. The T cells are then sent to a laboratory where they are modified, adding a special receptor called a CAR that recognizes cancer cells. The genetically engineered cells are allowed to grow and multiply in the laboratory, and then sent back to the clinic to be infused into the patient.

The genetic alterations that are made to the T cells have been optimized to elicit a greater anti-tumor response. One of the genes that is inserted into the T cell is a portion of a T-cell receptor, called CD3ζ, linked to a module that targets a cancer cell. Additional costimulatory moieties are also included, with recent versions of third-generation CARs including more than one costimulatory receptor. However, some studies suggest that more than one costimulatory moiety may not make the third-generation CARs more effective. Other modifications have focused on the structural design of the receptors, such as the region that anchors the receptor into the cell.

It is unclear how these different genetic and structural designs of CARs impact biological signaling and immune cell effects. Given the increasing use of CAR T cells as approved therapeutic agents and in clinical trials, Moffitt researchers believe that it is crucial to understand the mechanisms of how these therapies work in patients.

In order to better understand how CAR T cells function, a multidisciplinary team of Moffitt researchers used a variety of approaches based on proteomics to compare CAR T cells that targeted the same molecule on cancer cells, but differed in their intracellular design and antitumor activity. They discovered that both second- and third-generation receptors bind to a wide variety of interacting partners, some of which are mutually exclusive. Importantly, only the second-generation CARs were capable of stimulating the expression of a CD3ζ that resembled the natural receptor. The researchers discovered that this activity of the second-generation receptors was dependent on the structural design of the intracellular region, and not on the choice of costimulatory molecules or the design of the region that anchors the receptor to the cell. Additionally, through a detailed phosphoproteomic survey, they demonstrated that the second-generation receptors were able to activate downstream signaling messengers more effectively than the third-generation receptors.

“These results suggest that second-generation CARs can activate additional sources of CD3 signaling, and this may contribute to more intense signaling and superior antitumor efficacy that they display compared to third-generation CARs,” explained Daniel Abate-Daga, Ph.D., lead study author and assistant member of the Department of Immunology at Moffitt.