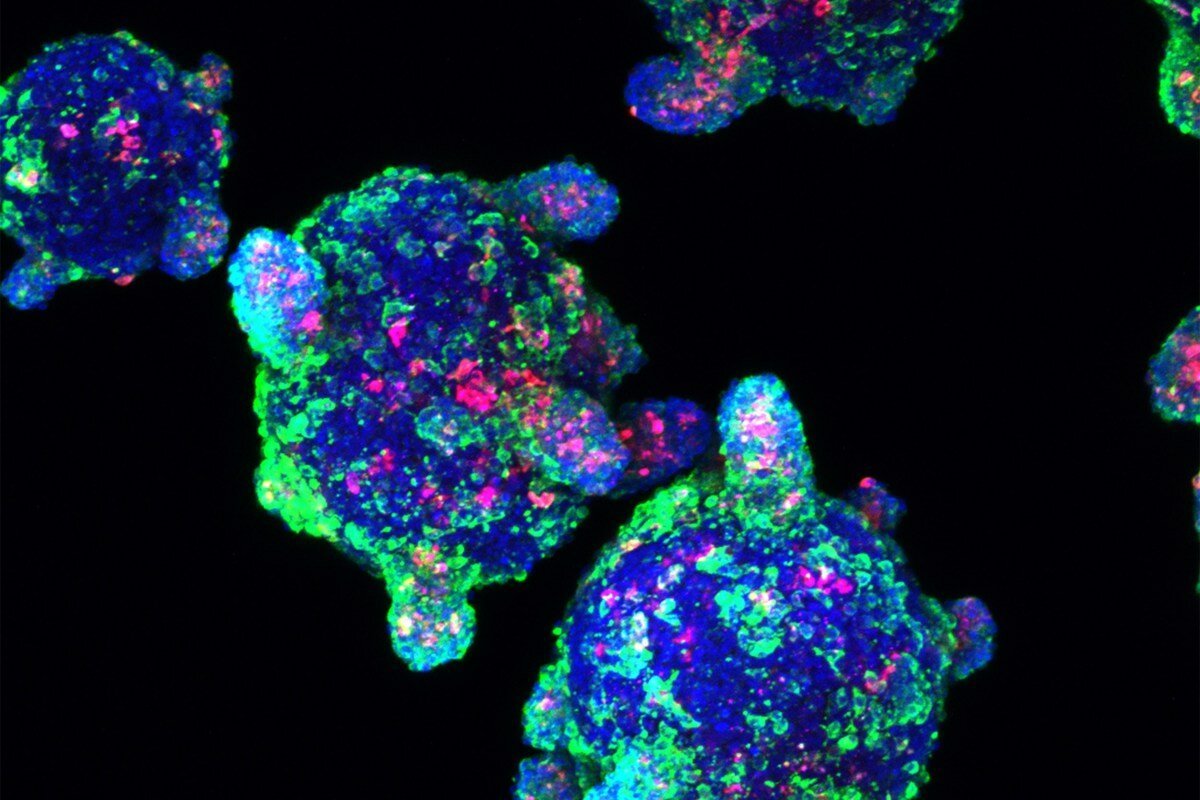 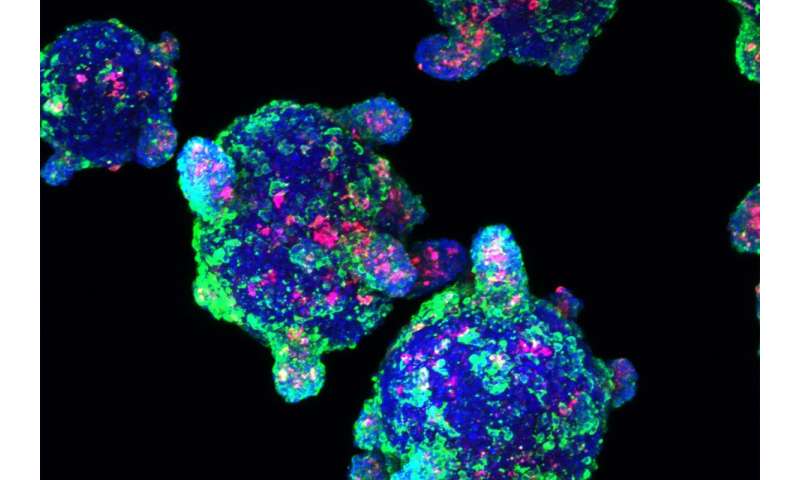 The immune system normally defends the body against everything from microscopic viruses to meters-long parasitic worms. But sometimes, it sets its sights on the wrong target: the body’s own cells.

Autoimmunity problems cause many different diseases, depending on which cells are targeted. In Type 1 diabetes, it’s beta cells. Beta cells are located in the pancreas and produce insulin, the molecule necessary to convert food into energy. Without it, patients must monitor their blood and inject themselves with insulin multiple times a day.

Scientists at the Harvard Stem Cell Institute (HSCI) want to develop a better treatment: transplanting healthy beta cells grown in the laboratory into patients. Having figured out the first part of the process, they are now figuring out how to protect newly transplanted cells from autoimmune attack.

Arlene Sharpe is the George Fabyan Professor of Comparative Pathology at Harvard Medical School. She said that over the past 30 years, autoimmune diseases have become almost epidemic.

“They’re increasing in frequency and occurring earlier in life, and we don’t understand why,” she said. “There’s tremendous need to understand the causes of these diseases and how to treat them.”

Sharpe said that in the case of Type 1 diabetes, using a patient’s own stem cells—which have the ability to become many types of cells—is a promising therapy. By coaxing the stem cells to become beta cells in the lab, researchers can give patients their own source of insulin.

“One of the challenges now is to be able to deliver these cells in such a way that the body tolerates them,” Sharpe said. “It’s leading to a whole new field of immunology: regenerative immunology.”

HSCI co-director Douglas Melton, who discovered how to make beta cells from stem cells in 2014, is now turning his attention to the immunity problem. He said that scientists still do not understand exactly how the immune system attacks beta cells.

“We’ve decided to protect the beta cell without knowing all the different ways that the immune system is trying to kill it. We want to genetically modify the beta cell to make it invisible to the immune system,” said Melton, who is the Xander University Professor in the Harvard Department of Stem Cell and Regenerative Biology.

One of Melton’s approaches is to take molecules that are already known to protect cells from the immune system in certain situations, and add them to the beta cells. Pregnancy is a familiar example. A pregnant woman’s immune system does not attack the fetus, even though half of the fetus’s genes come from the father and are foreign to her. The fetus survives because it expresses protective molecules. Cancer cells survive for a similar reason. They express molecules that allow them to evade detection by the immune system.

“When we grow cells to transplant them into a person, we grow a lot of them: around 500 million,” Melton said. “We’ve removed one gene at a time from each cell. Since there are only 20,000 genes, we could do that easily with 500 million cells.”

Most of the mutated cells would be killed by the patient’s immune system.

“But wouldn’t it be fantastic if there was some mutation that said to the immune system, ‘You can’t see me—leave me alone!'” he said. 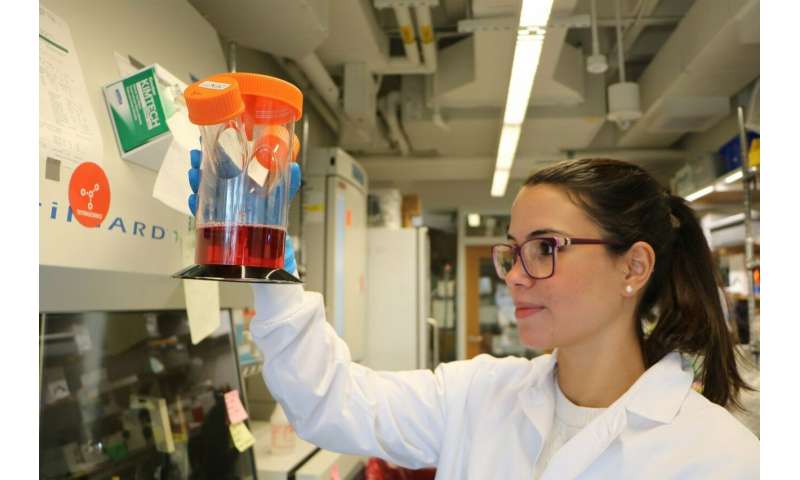 Nayara Leite is a postdoctoral researcher in Melton’s lab. She is developing a method to test whether any of those genetic modifications protect beta cells from immune attack.

By putting these donor-matched cells together in a petri dish, she expects the immune cells to react and kill the beta cells—unless the beta cells contain a protective genetic modification.

“For Type 1 diabetes, the main autoreactive immune cells will be close to the pancreas, so the frequency of these cells is very low in the blood,” Leite said. “In the beginning it was very hard to get a reaction, because you almost didn’t have anything there.”

Leite is continuing to refine the method. She is also starting to genetically modify patient beta cells, focusing on genes identified by Stephan Kissler and Peng Yi, who collaborate with the Melton lab.

A shot in the dark

Kissler is a Harvard assistant professor based at Joslin Diabetes Center. He and Yi—both of whom are HSCI affiliate faculty—have completed a genetic screen similar to the one Melton is planning, using a mouse experimental system.

“We took an approach that was a bit of a shot in the dark,” Kissler said. The researchers mutated beta cells, ending up with a mixture of millions of cells that carried different mutations in every possible gene.

“We put the cells in a diabetic mouse, and then we just waited,” Kissler said. “The immune system killed off beta cells like it normally does. After two months, we went back and found a small number of cells that were still there.”

The protected beta cells had mutations in a dozen different genes. In follow-up mouse experiments that directly compared regular and modified beta cells, most of the gene mutations panned out.

Kissler said that none of the protective genes he and Yi identified were obvious choices, so they are investigating the mechanisms of how these genes are involved in autoimmunity. Kissler and Yi are also collaborating with the Melton lab to test the genetic modifications in a human cell experimental system.

“Our two top candidate genes are associated with diabetes in people, and we’re very excited because that provides relevance to human disease,” Kissler said. “That gives us a lot of hope that if we were to do this in human cells, we might get similar effects.”

Beyond just protecting beta cells, Kissler and Yi want to understand more about Type 1 diabetes and why autoimmunity occurs.