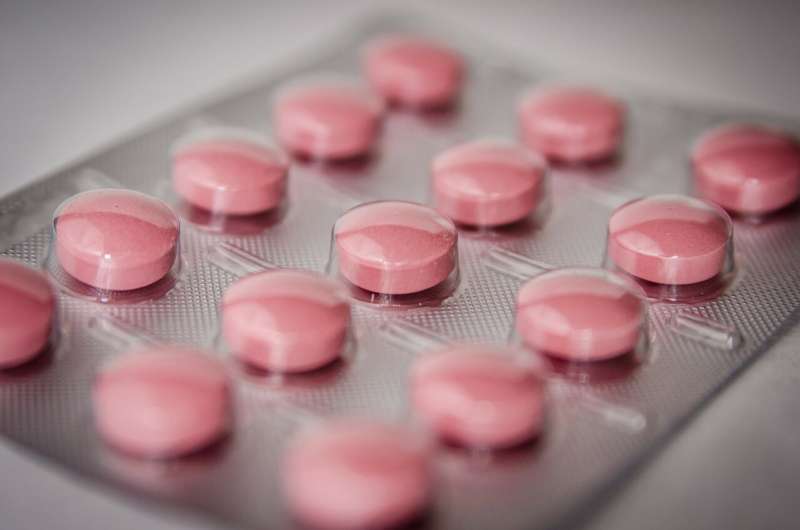 The U.S. Food and Drug Administration approved the medication lecanemab, sold under the brand name Leqembi, on Jan. 6, 2023, through an “accelerated approval pathway” that fast-tracks promising clinical treatments for diseases in which there are no other currently effective options.

The Conversation asked James E. Galvin, a neurologist from the University of Miami School of Medicine who specializes in the study of Alzheimer’s disease and Lewy body dementia, to explain the drug’s clinical potential to help ease the suffering of the roughly 6.5 million Americans who live with Alzheimer’s.

How does lecanemab work, biologically speaking?

Lecanemab is a monoclonal antibody that targets beta-amyloid, a naturally occurring protein that becomes toxic when it clumps together to form the characteristic plaques that accumulate in the brains of people with Alzheimer’s disease. The drug is given through intravenous infusions every two weeks.

Antibodies are Y-shaped proteins circulating in the blood that recognize and neutralize substances in the body that they see as foreign, such as bacteria and viruses. A monoclonal antibody is produced by cloning, or making a copy of, a single white blood cell so that all the offshoot antibodies are derived from the same cell and bind to one specific target. In this case, lecanemab binds only to beta-amyloid proteins.

Lecanemab binds to a particular form of beta-amyloid as it clumps, called a protofibril. Studies suggest this is the species of beta-amyloid that is both most likely to aggregate into plaques that disrupt cell functioning and to play a role in the development of Alzheimer’s disease.

Earlier trials of other monoclonal antibodies failed to demonstrate a benefit and had more side effects, possibly because they targeted forms of beta-amyloid either too early or too late in the aggregation process.

Could lecanemab be a game changer for Alzheimer’s treatment?

Potentially, yes, for people with early-stage Alzheimer’s disease. Medications such as lecanemab have the potential to interfere with the progression of Alzheimer’s disease by removing beta-amyloid from the brains of people who are suffering with it.

One study, published in early January 2023, reported the results of a phase 3 clinical trial that included 1,795 participants, half of whom received lecanemab and another half who didn’t. In that trial, treatment with lecanemab not only met all its clinical outcomes and safety requirements, but it also reduced the amounts of beta-amyloid measured in imaging tests and in the blood.

Researchers also saw reductions in the levels of tau—the protein responsible for the neurofibrillary tangles that accumulate inside the neurons in patient’s with Alzheimer’s. And they found reduced levels of other proteins that measure brain injury and degeneration. This suggests that lecanemab could potentially address the disease by targeting it through both direct and indirect pathways.

A separate study published in December 2022 reported the results of a phase 2 study with 856 participants. Lecanemab treatment also led to significant reductions in amyloid plaques on brain imaging tests, reductions in blood measurements of amyloid and tau protein and slowing of disease progression. These findings provide independent confirmation of the phase 3 findings and support the potential of lecanemab in the treatment of Alzheimer’s disease.

What were the results?

After 18 months of treatment in the phase 3 study, lecanemab slowed disease progression by 27% compared with the control group. Compared with those who didn’t receive the treatment, participants treated with lecanemab also showed 26% less decline on cognitive testing and a 36% slower loss of function in everyday activities. The study also found a marked reduction in the amount of beta-amyloid deposits in the brains of those who received the treatment.

These outcomes are the some of the largest effects yet seen in any Alzheimer’s disease clinical trial. While not cures, they provide hope that by significantly slowing physical, cognitive and functional decline while also removing amyloid, the course of disease might be altered in a way to give patients improved quality of life.

It is important to remember that the trial was only carried out over 18 months, so we do not fully know the long-term benefits of lecanemab. Ongoing long-term studies will hopefully bring additional insights. However, some recent simulation models have suggested that lecanemab treatment may provide long-term benefits and improve overall quality of life.

While lecanemab has shown clear benefits, it also comes with some notable potential adverse effects that need to be considered. In this case, the concerns are very specific to treatment with amyloid monoclonal antibodies.

In the phase 3 clinical trial, of the 1,795 participants, 12.6% taking lecanemab experienced swelling of the brain on MRI scans compared to 1.7% of those who received the placebo. Overall, only 2.8% of participants experienced any symptoms—mostly headaches.

In addition, 17.3% of those who received lecanemab had small hemorrhages, or bleeds, of the brain on MRI scans compared to 9% in the placebo group. While few participants experienced complications, at least three deaths due to brain hemorrhage have been reported in individuals enrolled in an ongoing long-term study. But notably, each of these people appear to have had additional risk factors.

How is lecanemab different from other treatments?

The currently available Alzheimer’s treatments—which include donepezil, rivastigmine, galantamine and memantine—primarily treat symptoms. They do not address the underlying disease processes, and they have modest clinical benefits.

One medication that does treat the disease, aducanumab, sold under the brand name Aduhelm, was approved by the FDA in 2021 under the same accelerated process as lecanemab. But it has not become widely used due to controversy about its efficacy and pricing.

When could lecanemab reach patients who could benefit?

Although lecanemab has received approval from the FDA, it will likely be several months before it is available for clinical use.

Eisai and Biogen, the pharmaceutical companies that developed lecanemab, recently published guidelines on their pricing policy and roll-out plans for the drug. However, the Center for Medicare and Medicaid Services has said that for now, therapies targeting beta-amyloid will not be covered by insurance except for those individuals who are enrolled in clinical trials funded by the National Institutes of Health. And commercial insurance companies generally follow Medicare guidance.

Lecanemab will have an estimated out-of-pocket cost of US$26,500 per year. The drugmaker has already filed a supplemental application for traditional FDA approval. If that approval is granted, it is more likely that Medicare and commercial insurance payers will cover most of the cost of lecanemab, which would make the drug much more widely accessible to those living with Alzheimer’s disease.