Every month, as the familiar ache crept in, I was convinced I would always be seen as less than a real man.

Humiliation swept over me as I sat drenched in the latest heavy flow, sobbing and huddled on the floor. I was already deep in depression, with no foreseeable way out of my dysphoria.

Even now, just over a year later, it’s hard now to see that moment as one with me in it. I have the memory, but don’t recognise myself.

This is largely due to starting my gender-affirming treatment, giving me physical and emotional distance from that time of sadness and emptiness. But part of it has been finding the right way to manage my menstrual cycle, that nagging monthly reminder that my reproductive organs once labelled me as female.

For me, that meant trashing the sanitary towels I’d used since my first period and taking up the menstrual cup.

It was almost an impulse buy after seeing a Facebook ad, but I was exhausted with seeing the blood whenever I pulled down my underwear, cleaning myself up and the self-disgust of it all.

That overrode concerns about how I’d get on with inserting the thing after my patchy track record with tampons, which were often tricky and uncomfortable for me to use. 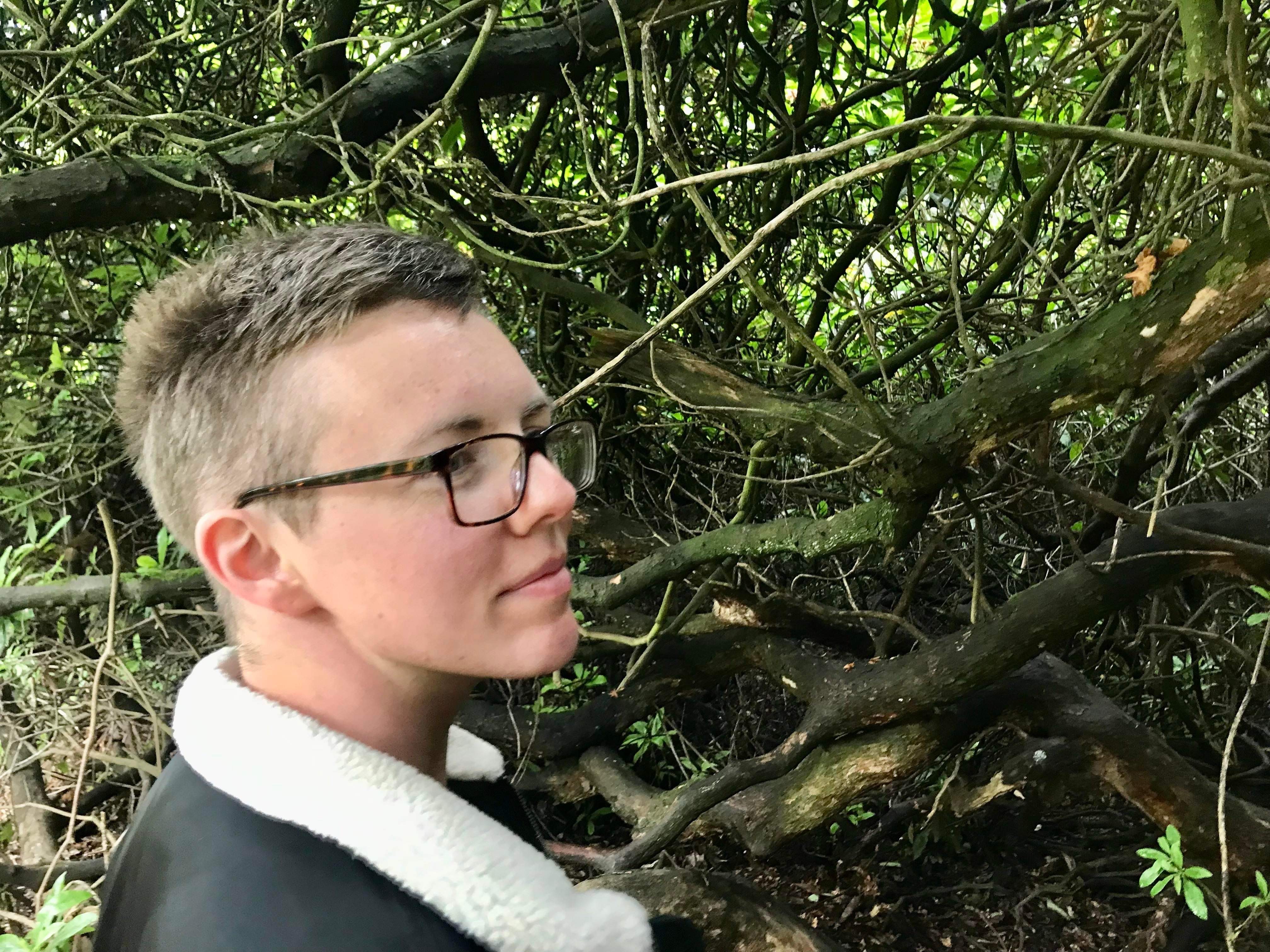 As soon as I tried out my new solution, it was as if I’d bought myself freedom. It’s pure relief not to worry for as much as 12 hours at a time and, oddly enough, being able to see just how small an amount of blood caused me so much angst.

Going on the pill at 17, while playing havoc with my emotional wellbeing, helped with the pain and knowing where my bleed week fell. At least then I could make mental preparations for the onslaught.

But I could never use my prescription to pause my period altogether – a constant source of irritation. I tried, but my cycle acted out against me, with unpredictable bleeds and incessant spotting in between, and the same happened with the contraceptive injection and implant.

I feel lucky to have been able to buy the menstrual cups that would have made life easier for teenage me, never mind pushing 30.

Money wasn’t abundant when I did, and I worried about wasting it, but in the end it became an investment in self-compassion. I’ve learned that kindness has worth even when it’s for yourself.

I suggest anyone with period dysphoria shows themselves the same empathy above all else, wherever possible.

While testosterone is slowly working to stop them, I still have bleeds nine months in. Stubborn as my periods always were against being chemically stopped, I was never going to be one of the few trans mascs who see the back of them almost instantly.

Even though I have started to treat myself with more kindness, managing periods is still an emotionally complex task.

I ditched the pill years ago for the sake of my mental health, and so don’t even have the comfort of knowing when the next flow’s coming.

All that remains is to look into sterilisation – ‘female’ sterilisation as the current NHS system at large calls it, making it something I’m nervous to ask for.

This minor surgery would block my fallopian tubes and stop ovulation for good, meaning no more surprise bleeds (or surprise pregnancies without the pill for insurance).

I keep meaning to ask at my GP, then bottling out, scared of being misgendered, asked uncomfortable questions or scrutinised.

Now the difficulty lies in cramps worsening and lingering longer with each successive cycle, a symptom of hormone replacement therapy.

Loving self-compassion helps more than anything; keeping hydrated and medicated with comforting things to hand, like a cuddly blanket or a favourite TV series, and space to acknowledge trying emotions.

At least with a reusable sanitary product, I can avoid regular run-ins with the ‘female hygiene’ sections in certain shops: more nagging reminders of the widespread ignorance of transness.

Assumptions that ‘women have periods’ never mattered to me, until they involved me. Now whenever I pass one of these aisles, I take a good look. It’s painful, but it reminds me to be aware of injustices that don’t impact my daily life.

I don’t know if periods will ever come unlinked from a time of suffering. Until I hopefully put them behind me forever, I’m still more fortunate than many in the chance to come closer to myself as I am in my inner vision.

I’m trying to remember that while having patience with myself and my frustrations. I’m often pushed to think otherwise by society and my own thoughts, but menstruation is part of my experience as a man.

Metro.co.uk’s weekly The Truth Is… series seeks to explore anything and everything when it comes to life’s unspoken truths and long-held secrets. Contributors will challenge popular misconceptions on a topic close to their hearts, confess to a deeply personal secret, or reveal their wisdom from experience – good and bad – when it comes to romance or family relationships.