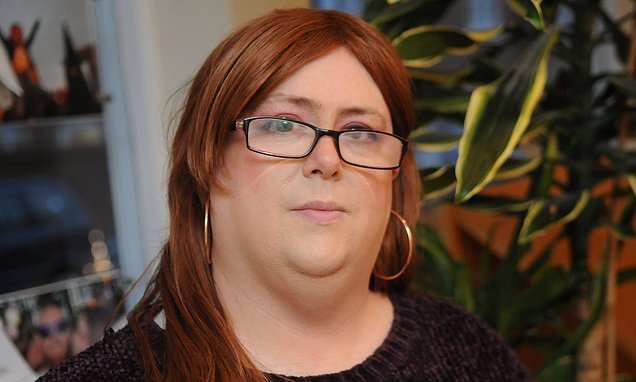 A transgender woman said she is regularly reduced to tears because the NHS is keeping her waiting for laser hair removal surgery.

Jessica Samson, 39, has to shave twice a day while she continues her more than six month wait for the permanent procedure.

She was approved for the treatment in July as the final stage of her gender reassignment but progress is slow, she said.

The NHS needs to ‘realise they are mucking around with people’s lives’, according to the frustrated IT customer service worker.

After a complaint in December, Miss Sampson has now been offered a consultation appointment but worries her case is the ‘tip of the iceberg’.

The NHS has faced criticism in the past for the range of service it offers transgender people, and recent growth in demand has piled pressure on clinics. 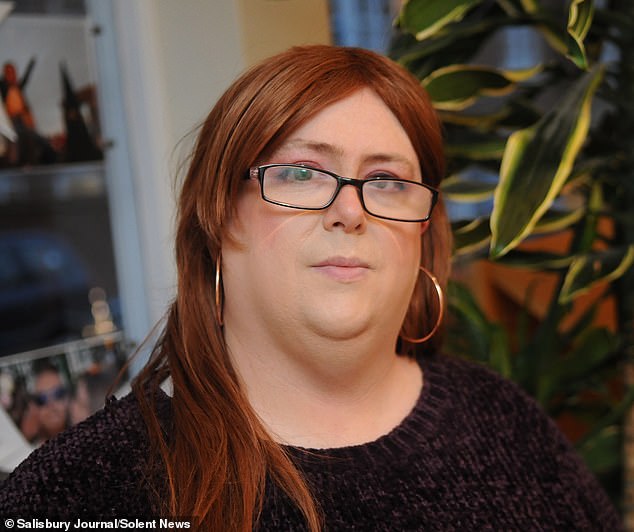 Jessica Samson, 39, said the NHS is ‘mucking around with people’s lives’ because of a delay to her laser hair removal surgery, for which she has been waiting for more than six months

Miss Sampson claims she has had to endure months of frustration as she has emailed various NHS departments to try and get the process moving.

‘As it stands, something that should’ve taken two months is currently taking six,’ she said. ‘And there is absolutely no sign of it making any further progress.

‘It is difficult to explain why this is a big issue to anyone who hasn’t had trans-thoughts, but I’ve been on hormones long enough for my body to start changing.

‘But I still grow a beard every day and I have to shave twice a day to maintain some sort of normal lifestyle.’

Formerly a man, Miss Sampson, from Salisbury, is trying to get the surgery in her home city through a commissioning team in Bristol.

She said her letters went unanswered for months and, after five months of waiting without an update, she filed a formal complaint against the health service.

‘I’ve had my head in my hands crying so many times about this,’ she said. ‘They need to realise they are mucking around with people’s lives.

‘I’m not trying to access a niche department, this is a major department that should be able to receive funding.

‘Is it really that hard? I get things go wrong, we’re only human, mistakes get made, things get ignored, but I don’t think I’ve ever had a genuine apology, no one has tried to take ownership and get it sorted.’

Following her complaint, Miss Sampson said she received an email saying the process had not been chased up, despite already being delayed by several months.

In the NHS’s own guidance it says facial hair removal is an ‘essential part of gender reassignment’ and should be one of the first stages of the process.

A document from 2013 said: ‘It is recommended that facial hair removal should commence prior to social gender role transition, as the beard must grow to visible lengths to be removed.’

WHAT IS GENDER DYSPHORIA?

Gender dysphoria is a condition where a person experiences discomfort or distress because there is a mismatch between their biological sex and gender identity.

Its exact cause is unclear and was initially thought to be psychological.

But more recent research suggests it may be the result of abnormal development when a baby is in the womb, possibly due to genetic or hormonal factors.

The first signs of the condition can appear at an early age through a child refusing to wear clothes typical to their gender, or refusing to take part in boys’ or girls’ activities.

For most children this behaviour will pass but, for those with gender dysphoria, it often persists into adolescence and adulthood.

Treatment can range from simply living as the gender they identify with to taking hormones and having surgery to change their sex to match their gender identity.

A survey by the Equality and Human Rights Commission of 10,000 people found that about one per cent of the population experienced issues with their gender identity to some extent.

If you think you or your child may have gender dysphoria, consult your GP who may refer you to a specialist gender identity clinic, or contact support group Mermaids via mermaidsuk.org.uk.

Miss Samson said: ‘Honestly, I broke down crying when I read that email, because I actually thought the hospital were working for me but were being blocked by a higher authority, and I then suddenly discovered that actually they’re not doing what they need to do.’

Miss Samson has since had a consultation for the surgery arranged at Salisbury District Hospital.

‘As soon as we received confirmation of funding for this service for her, treatment was immediately arranged.’

Miss Samson added: ‘As far as I see it and can prove with emails and paper trails, a department basically didn’t exist or had been moved but nobody told anybody.

‘I feel like this is the tip of the iceberg.

‘I can’t speak for other areas of the NHS, because from what I can tell the country is broken down into different geographical areas.

‘If other areas manage these issues better, then fine – but who knows.’

There has been an ‘explosion’ in the number of children seeking a sex swap, Dr Palmer said, which may accelerate if plans to expand publicly funded operations go ahead.

Dr Palmer told the Westminster Social Policy Forum that referrals for gender dysphoria have increased by around 240 per cent over the last five year period.

‘So the delay in getting treatment through a gender identity clinic I totally understand and accept, I think that’s regrettable but it’s a case of demand outstripping capability.

‘You could throw money at it and it wouldn’t make a difference because the specialists aren’t there.

An NHS England spokesman said: ‘NHS England does not comment on individual cases, and any patient complaint received is handled through a formal process.’