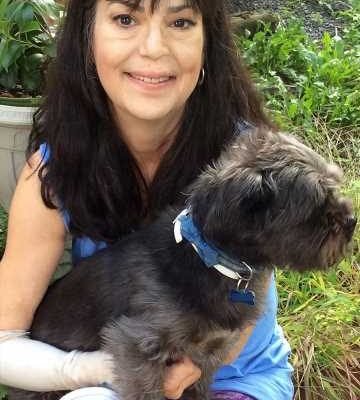 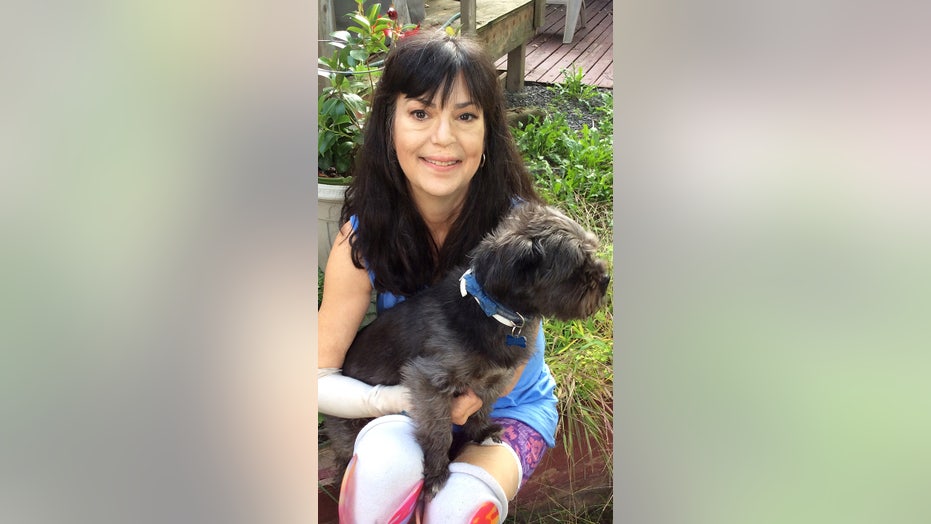 A Canadian mother who had three limbs amputated after she was bitten by her dog during a game of tug-of-war is raising awareness on sepsis, the life-threatening infection that nearly killed her. In 2013, then 49-year-old Christine Caron was playing with her Shih Tzu, Buster, when the dog accidentally nipped her, Caters News Agency reported.

After a week of feeling ill and then vomiting, Caron landed in the hospital where she later collapsed and was placed in a monthlong induced coma.

“The next thing I knew I was in the hospital being awoken from an induced coma on June 13,” Caron told Caters News Agency. “This is when I was told that I had suffered from sepsis and the only way they would be able to save me was if they amputated my arms and legs.” 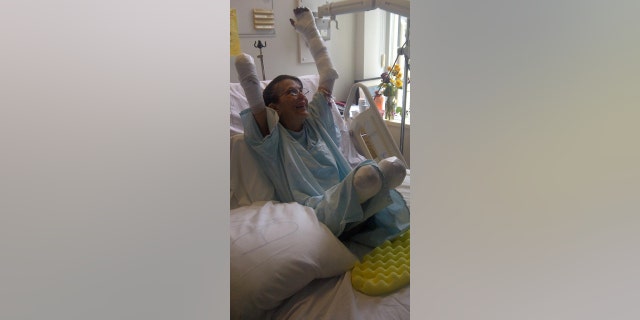 Christine Caron, who was 49 at the time, was playing tug-of-war with her four dogs on May 16, 2013, when her 3-year-old Shih Tzu, Buster, accidentally bit her hand.
(Christine Caron/Caters News )

Caron’s right arm was spared, but on June 22, 2013, she had both legs amputated below the knee, and her left arm amputated below the elbow four days later. She was discharged to a rehab center in July, and began walking on prosthetic legs by September.

“Over the years I have been working on becoming active again after the mental impacts of surgery stopped me, and now I even have a yoga arm — which helps my mental health massively,” Caron told the news agency.

Caron told the news agency that she is now focused on spreading as much awareness as possible about sepsis and post-sepsis syndrome. According to the Centers for Disease Control and Prevention (CDC), sepsis is the body’s extreme response to an infection and is considered a life-threatening medical emergency. It happens when an infection triggers a chain reaction throughout the body, potentially leading to rapid tissue damage, organ failure and death. 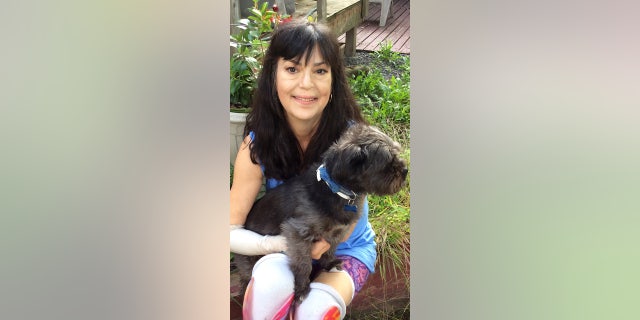 Caron woke up one month later to find out she had been in a coma and battling deadly sepsis.
(Christine Caron/Caters News)

Anyone is at risk of sepsis, but those older than 65, younger than 1 or patients with chronic conditions or weakened immune systems are at a higher risk of contracting it. Signs or symptoms can include high heart rate, fever, shivering and confusion, shortness of breath, clammy or sweaty skin, and extreme pain or discomfort. It’s estimated that 1.7 million adults in America develop sepsis each year, resulting in an estimated 270,000 deaths.

According to Sepsis Alliance, about 50 percent of patients who survive sepsis will go onto suffer from post-sepsis syndrome, which can cause insomnia, nightmares, panic attacks, disabling muscle and joint pain, extreme fatigue, poor concentration, loss of self-esteem and decreased cognitive functioning.

Caron has called for more education and advocacy, as “sepsis doesn’t discriminate, it can happen to anyone.”

“I was just playing with my dog in the garden when he accidentally nipped my hand,” she told Caters News Agency. “I didn’t think it would be an issue as I had cleaned it immediately and it didn’t become infected.”