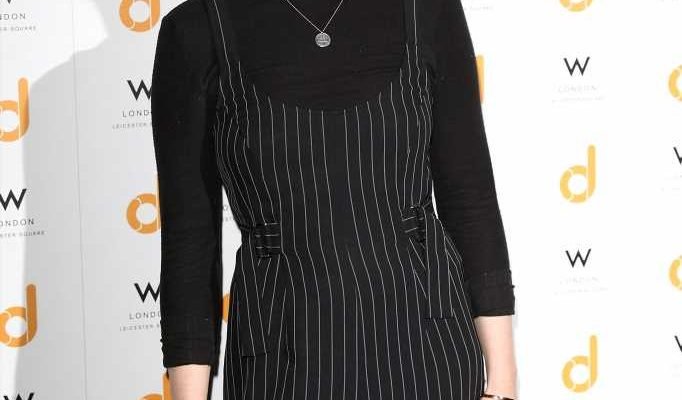 Maisie Williams is getting candid about her mental health.

During a recent interview on the Happy Place podcast with Fearne Cotton, the 22-year-old Game of Thrones actress shared that she felt pressure to act “perfect” as a young celebrity.

“I was so set on trying to look like I was really grown up and that I wasn’t going to ruin my life and that I was going to be a good actor who did all the right things,” Williams said. “It did take a lot of trying to be squeaky clean — I was a real teacher’s pet, but on the fame spectrum and not school.”

The star then said that she went through “revelations” in the last year and realized she wasn’t “happy doing this and pretending everything was fine.”

“That wasn’t a public thing but after going through that, now I’ve sort of tried to be a lot more genuine and it just becomes a lot more relaxing after that I think,” she explained. “You just drop it all and that’s when you can just really have fun.”

Though she says she’s grown a lot in the last year, Williams admits she still has a “journey” ahead.

“I still lie in bed at like eleven o’clock at night telling myself all the things I hate about myself,” she shared. “There’s still a journey, I think. But at least dropping the act and just being who you truly are, I think that’s definitely a first step.”

Williams then shared that she started to look “within” herself to figure out why she was having those negative thoughts.

“As soon as you start digging, you start asking yourself bigger questions than ‘Why do you hate yourself?’ but it’s more like ‘Why do you make yourself feel this way?’ I think the answers to all of these questions really are within you,” she explained.

Williams’ interview comes less than a month after her Game of Thrones costar Sophie Turner also opened up about her own mental health journey.

Like Williams, the 23-year-old actress said that she suffered from mental health problems while spending her teenage years on screen.

“I have experienced mental illness firsthand and I’ve seen what it can do to the people around [the sufferers] as well,” she told Marie Claire Australia for their June issue.

Turner also said that her body started to change over the many years of filming.

“My metabolism suddenly decided to fall to the depths of the ocean and I started to get spotty and gain weight, and all of this was happening to me on camera,” she said.

Turner shared that she dealt with criticism from fans over her body, and had film and television studios telling her to lose weight. To deal with it, she turned to therapy.

“Everyone needs a therapist, especially when people are constantly telling you you’re not good enough and you don’t look good enough,” she said. “I think it’s necessary to have someone to talk to, and to help you through that.”