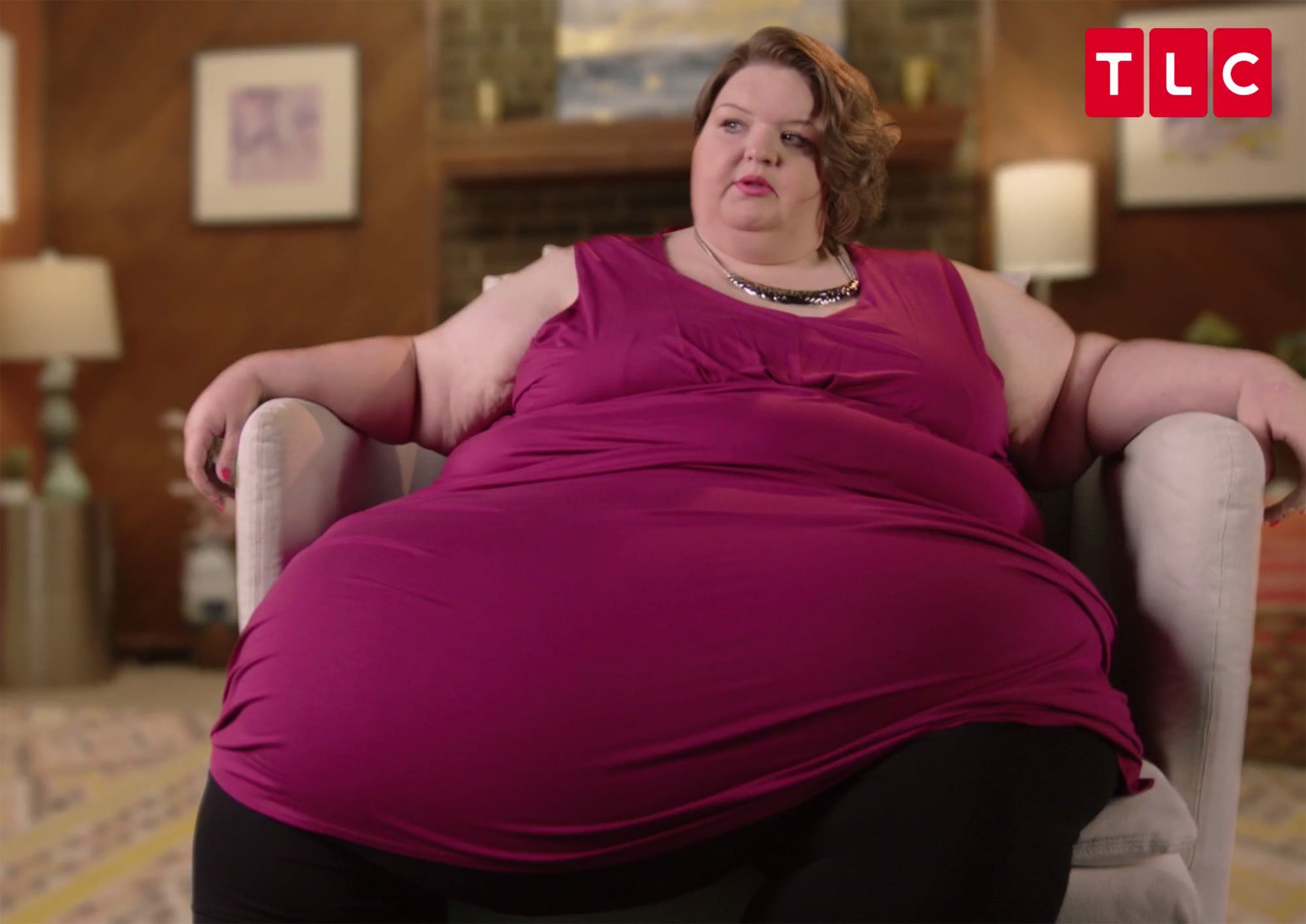 Amanda Johnson took a major step towards healing her body with her decision to get weight loss surgery, but she’s struggling to come to terms with the rude looks she still gets in public.

The 37-year-old opted for a vertical sleeve gastrectomy to help her lower her weight — at 650 lbs. prior to surgery — and eventually enable her to start treatment for her endometrial cancer. One week after undergoing the surgery Johnson is feeling renewed, but is frustrated with the stares she gets during a trip to the supermarket.

“Before my surgery, before I started this journey or anything, I would eat a whole pizza and brownies and then eat whatever my mom made for dinner that night, and now I’m eating one egg and two protein shakes in a day, and I’m full,” she says in this exclusive clip from Wednesday’s episode of Family by the Ton. “It’s very exciting, because I know that the surgery worked; that I didn’t go through all of this for nothing.”

Johnson is feeling good when she goes to get healthy foods at the supermarket, but that doesn’t seem to matter to the other shoppers who just see her size and the electric scooter she needs to move around the store.

“I’m proud of myself for making these lifestyle changes, but it’s hard to know that it’s going to take time for the results to show. Right now in the store, people are still staring at me as we go through the aisles,” she says. “That’s why I stayed home most of the time, I didn’t have to worry about being stared at. People just don’t understand. Before I stayed at home ordering food and now I’m going out and getting healthy food. People just don’t get that it’s not just the fat girl going to get food, it’s me trying to do better.”

Johnson breaks down in a separate interview, expressing her frustration over the public perception of people working to lose weight.

“I don’t understand the mentality of people,” she says. “They laugh at you if you’re eating in the restaurant because you’re not trying, but they’re saying people laugh at you when you’re on the treadmill at the gym when you are trying. So when are you supposed to be accepted? You’re not, you’re supposed to stay in your house until you look a certain way. That’s not fair.”

Johnson, who is the focus of season two along with three of her similarly overweight cousins, wonders if society will ever change.

“I’ve been working hard, I’m losing weight, I’ve had my surgery. But I still feel like people look at me and they don’t know how far I’ve come,” she says. “They just see the fat girl riding the cart around the store, and I wonder if I’ll ever get to that point where I’m not just a spectacle.”

Still, Johnson says to her mom who accompanied her to the supermarket, the stares don’t get to her as much anymore.

“It doesn’t bother me like it did before. Before I would be in bed for two days,” she says. “It bothers me, but I’m not going to stop my life because of somebody’s ignorance.”