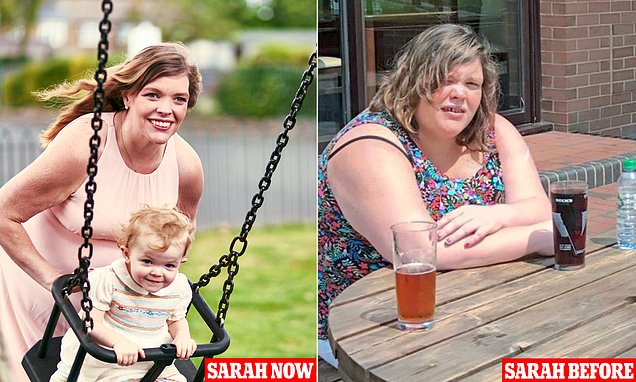 Sarah Dunkley was a typically excited expectant mother until a routine urine test after just eight weeks showed she had gestational diabetes.

Sarah, 31, from Dartford, Kent, weighed 16st when she became pregnant, rising to 20st when her daughter Eleanor was born in 2017. ‘I never thought gestational diabetes would affect me because I felt well in myself and wasn’t diabetic.’ 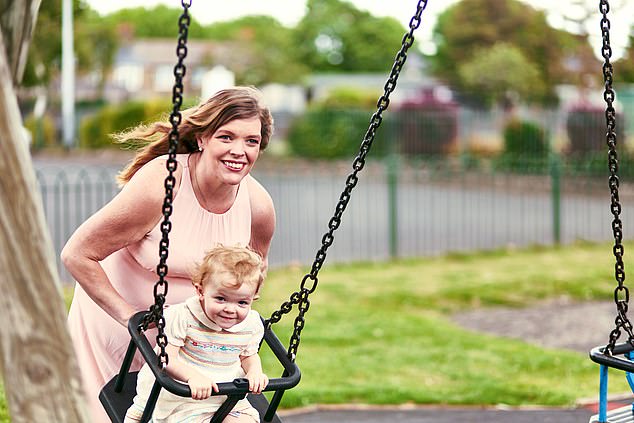 Babies born to mothers with gestational diabetes are more likely to be larger at birth, become obese themselves and to go on to develop type 2 diabetes as teenagers or young adults.

The condition is also linked to complicated labours and the deaths of babies soon after birth. Mothers themselves are also more likely to develop type 2 diabetes at a later date. Research suggests gestational diabetes is linked to changes in the unborn baby’s DNA. Further work led by Professor Karen Lillycrop, at the University of Southampton, is investigating whether, if mothers eat more healthily, they can protect against these genetic changes. 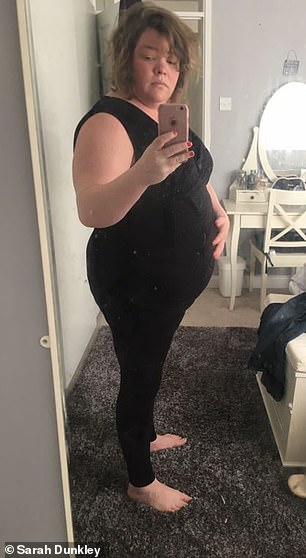 Sarah, who is married to prison officer Ben, 31, was told she would have to inject insulin eight times every day to protect her unborn baby’s health. At first I was in floods of tears because I simply couldn’t get the needle in – Ben had to help me. Very careful carb counting was also needed to regulate my blood-glucose levels.’

Eleanor, now 22 months old, was born by planned caesarean section in August 2017 at 38 weeks. Sarah says not being able to have a natural birth – due to her health problems – ‘was a massive wake-up call’.

‘Before Eleanor was born I’d have toast for breakfast, a sandwich and crisps for lunch, a burger and chips for dinner, and grazed constantly on biscuits, chocolate and crisps.

‘I started having fresh fruit and natural fat-free yogurt for breakfast, baked chicken or fish and salad for lunch. I tried to stick to between 800 and 1,200 calories a day and exercised for an hour. I lost 8st in ten months.’

In November 2018, Sarah became pregnant again. ‘I weighed just 10st and felt healthier than ever. I had no sign of gestational diabetes this time, which is a relief.’ 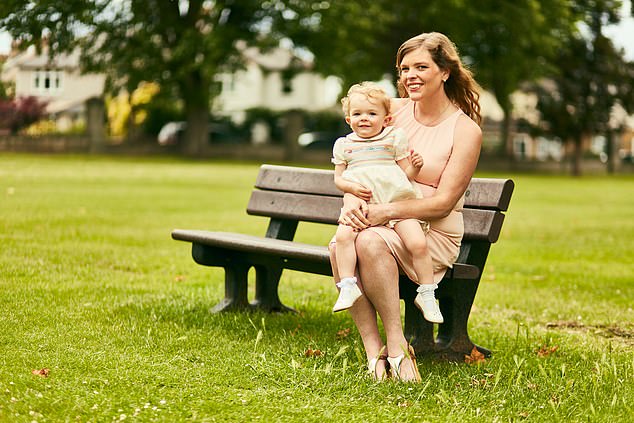 Ms Dunkley, who is 31 weeks pregnant with her second child. Her daughter Eleanor, who is two in August, is sitting on her knee

Do I have to pay for my medicines if I’m treated for pre-diabetes on the NHS?

Pre-diabetes is not a condition that warrants free NHS prescriptions in England, I’m afraid.

I have been taking the diabetes drug metformin for a few weeks now and I am constantly running back and forth to the bathroom with diarrhoea. Is this a side effect?

It most likely is. Metformin is a drug with well-known gut side effects. Although diarrhoea is common when high doses are given, it does not usually persist in everyone, so it may be worth continuing to see if it settles down. Other tummy side effects are also seen a lot – pain, some nausea and even a change in taste can happen.

No, it isn’t. Having too much sugar in the blood means your cells do not respond well to insulin, the hormone that should keep blood sugar levels normal. For some people that is due to obesity and a lack of exercise. For others it is down to genetics and age.

I have pre-diabetes, but due to a hectic work schedule I’m not in a position to overhaul my lifestyle. Can I just take pills to control my blood sugar?

Medication is not normally prescribed at the pre-diabetes stage. Drugs that lower blood sugar come with side effects so are only prescribed when strictly necessary.

An overhaul of lifestyle is not needed – pre-diabetes can improve with even small tweaks of diet, an increase in exercise or weight loss. This could be achieved by taking the stairs at work rather than the lift.

My mum has pre-diabetes but she’s too frail for a calorie-restricted diet or lots of exercise. How can she best tackle it?

It may be that nothing needs to be done. If she is low-risk for cardiovascular disease or has had pre-diabetes for a long time with no progression, there may be little need to do anything. If something does need to be done, start with some gentle walking, little and often.

A calorie-restricted diet would not be recommended for someone frail, rather just a tweak here or there, such as cutting down on sugar in tea.