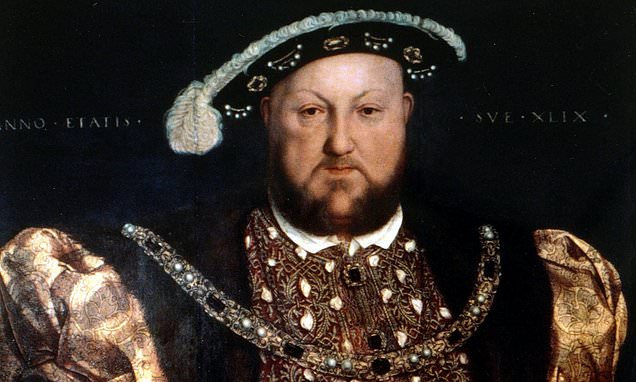 Going vegetarian could reduce your risk of gout: Scientists find those who cut out meat have lower blood levels of the substance known to cause the agonising condition

Vegetarians face a lower risk of gout – the agonising condition that once struck Henry VIII, according to research.

Scientists analysed the diets of thousands of adults to discover those who cut out meat have the smallest odds of developing the ailment.

Tests also showed the vegetarians had lower blood levels of uric acid, the substance known to cause gout.

The findings by researchers in Taiwan add to the existing evidence that a poor diet can lead to the crippling form of arthritis.

Figures suggest around two per cent of people in the UK and US have gout. 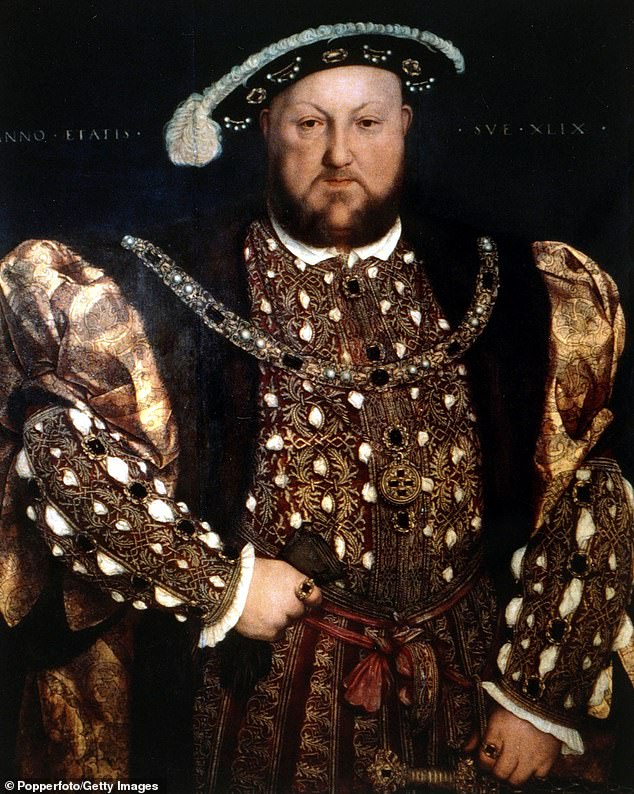 Vegetarians face a lower risk of gout – the agonising condition that once struck Henry VIII, according to research

Experts at Fu-Jen Catholic University quizzed 13,935 participants about their diet, specifically what foods they eat and how often.

In hope of finding a link between gout and diet, their dietary habits were compared against their health records.

The participants, who were recruited between 2005 and 2009, were followed-up until the study ended in 2014.

A total of 4,903 participants were from the Tzu Chi Health Study, whose levels of uric acid were almost monitored.

Gout is a form of arthritis that can be extremely painful.

Agonising attacks come on very quickly, often during the night.

It affects around two per cent of people in the UK and 8.3 million in the US.

Gout was once thought to be caused by overeating and drinking excessively, however, that is not the whole story.

The condition occurs due to a build up of uric acid, which can be because a person’s kidneys cannot get rid of the substance quickly enough.

Over time, uric-acid crystals can form in and around the joints, which can trigger severe inflammation that usually settles within a week.

Around two-thirds of a person’s uric acid is already present in their body, while the remaining third comes from the break down of the chemical compounds purines in certain foods and drinks.

Foods and drinks high in purines include:

As well as pain, symptoms can include joints being:

Without treatment, gout attacks can become more frequent, with more joints being affected.

The two most common painkillers used to treat gout are non-steroidal anti-inflammatory drugs, such as ibuprofen, and colchicine.

High levels of uric acid in the bloodstream can lead to crystals, which then build-up in soft tissues and joints, causing the painful symptoms of gout.

The rest, 9,032 participants, were from the Tzu Chi Vegetarian Study.

‘We found significant difference in uric acid concentration between lacto-ovo vegetarians and nonvegetarians in both men and women’, the authors wrote.

The researchers said the reason a plant-based diet is protective is because meat and seafood is high in the compound purine which increases urine acid production, shown in other studies.

As well as this, vegetarian diets tend to contain lower saturated fat and more foods rich in phytochemicals which can prevent inflammatory responses that trigger gout attacks.

Famous sufferers include Henry VIII, with the Tudor monarch being the reason gout is known as the ‘disease of kings’.

And founding father Benjamin Franklin is said to have missed many meetings that were held to draft the Declaration of Independence due to gout.

Gout can come back every few months or years, but left untreated it can become chronic leading to kidney stones and damage to the joints, according to the NHS.

What starts as excruciating pain and swelling in the big toe can move to other lower-body joints such as the ankle or knee.

The research comes after a myth-bunking study in October confirmed that the painful form of arthritis is not triggered by unhealthy eating.

Overindulging in beer, wine and red meat increases a person’s risk of gout by just one per cent, University of Otago researchers found.

Instead, the inflammatory condition is largely driven by genetics, the academics concluded in the British Medical Journal.