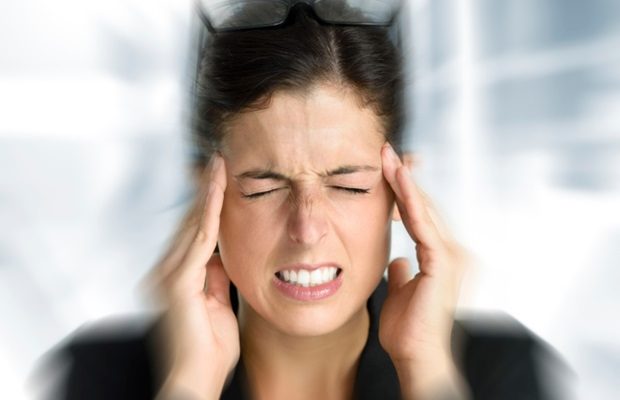 Fatigue and headache were the most common symptoms reported by individuals an average of more than four months out from having COVID-19, investigators report.

Muscle aches, cough, changes in smell and taste, fever, chills and nasal congestion were next in the long line of lingering symptoms.

"Our results support the growing evidence that there are chronic neuropsychiatric symptoms following COVID-19 infections," Medical College of Georgia investigators write in the journal ScienceDirect.

There are a lot of symptoms that we did not know early on in the pandemic what to make of them, but now it's clear there is a long COVID syndrome and that a lot of people are affected."

The published study reports on preliminary findings from the first visit of the first 200 patients enrolled in the COVID-19 Neurological and Molecular Prospective Cohort Study in Georgia, or CONGA, who were recruited on average about 125 days after testing positive for the COVID-19 virus.

CONGA was established at MCG early in the pandemic in 2020 to examine the severity and longevity of neurological problems and began enrolling participants in March 2020 with the ultimate goal of recruiting 500 over five years.

Eighty percent of the first 200 participants reported neurological symptoms with fatigue, the most common symptom, reported by 68.5%, and headache close behind at 66.5%. Just over half reported changes in smell (54.5%) and taste (54%) and nearly half the participants (47%) met the criteria for mild cognitive impairment, with 30% demonstrating impaired vocabulary and 32% having impaired working memory.

Twenty-one percent reported confusion, and hypertension was the most common medical condition reported by participants in addition to their bout with COVID-19.

No participants reported having a stroke, weakness or inability to control muscles involved with speaking, and coordination problems were some of the less frequently reported symptoms.

While the findings to date are not surprising and are consistent with what other investigators are finding, Rutkowski says the fact that symptoms reported by participants often didn't match what objective testing indicated, was surprising. And, it was bidirectional.

For example, the majority of participants reported taste and smell changes, but objective testing of both these senses did not always line up with what they reported. In fact, a higher percentage of those who did not report the changes actually had evidence of impaired function based on objective measures, the investigators write. While the reasons are not certain, part of the discrepancy may be a change in the quality of their taste and smell rather than pure impaired ability, Rutkowski says.

"They eat a chicken sandwich and it tastes like smoke or candles or some weird other thing but our taste strips are trying to depict specific tastes like salty and sweet," Rutkowski says. Others, for example, may rely on these senses more, even when they are preparing the food, and may be apt to notice even a slight change, she says.

Either way, their data and others suggest a persistent loss of taste and smell following COVID-19, Rutkowski and her colleagues write.

Many earlier reports have been based on these kinds of self-reports, and the discrepancies they are finding indicate that approach may not reflect objective dysfunction, the investigators write.

On the other hand, cognitive testing may overestimate impairment in disadvantaged populations, they report.

The first enrollees were largely female, 35.5% were male. They were an average of 44.6 years old, nearly 40% were Black and 7% had been hospitalized because of COVID-19. Black participants were generally disproportionately affected, the investigators say.

Black and Hispanic individuals are considered twice as likely to be hospitalized by COVID-19 and ethnic and racial minorities are more likely to live in areas with higher rates of infection. Genetics also is a likely factor for their increased risk for increased impact from COVID, much like being at higher risk for hypertension and heart disease early and more severely in life.

A focus of CONGA is to try to better understand how increased risk and effects from COVID-19 impact Blacks, who comprise about 33% of the state's population.

A reason fatigue appears to be such a major factor among those who had COVID-19 is potentially because of levels of inflammation, the body's natural response to an infection, remain elevated in some individuals. For example, blood samples taken at the initial visit and again on follow up showed some inflammatory markers were up and stayed up in some individuals.

These findings and others indicate that even though the antibodies to the virus itself may wain, persistent inflammation is contributing to some of the symptoms like fatigue, she says. She notes patients with conditions like multiple sclerosis and rheumatoid arthritis, both considered autoimmune conditions that consequently also have high levels of inflammation, also include fatigue as a top symptom.

"They have body fatigue where they feel short of breath, they go to get the dishes done and they are feeling palpitations, they immediately have to sit down and they feel muscle soreness like they just ran a mile or more," Rutkowski says.

"There is probably some degree of neurologic fatigue as well because patients also have brain fog, they say it hurts to think, to read even a single email and that their brain is just wiped out," she says. Some studies have even shown shrinkage of brain volume as a result of even mild to moderate disease.

These multisystem, ongoing concerns are why some health care facilities have established long COVID clinics where physicians with expertise in the myriad of problems they are experiencing gather to see each patient.

CONGA participants who reported more symptoms and problems tended to have depression and anxiety.

Problems like these as well as mild cognitive impairment and even impaired vocabulary may also reflect the long-term isolation COVID-19 produced for many individuals, Rutkowski says.

"You are not doing what you would normally do, like hanging out with your friends, the things that bring most people joy," Rutkowski says. "On top of that, you may be dealing with physical ailments, lost friends and family members and loss of your job."

For CONGA, participants self-report symptoms and answer questions about their general state of health like whether they smoked, drank alcohol, exercised, and any known preexisting medical conditions. But they also receive an extensive neurological exam that looks at fundamentals like mental status, reflexes and motor function. They also take established tests to assess cognitive function with results being age adjusted. They also do at-home extensive testing where they are asked to identify odors and the ability to taste sweet, sour, bitter, salty, brothy or no taste. They also have blood analysis done to look for indicators of lingering infection like those inflammatory markers and oxidative stress.

Neuropsychiatric symptoms are observed in the acute phase of infection, but there is a need for accurate characterization of how symptoms evolve over time, the investigators write.

And particularly for some individuals, symptoms definitely linger. Even some previously high-functioning individuals, who normally worked 80 hours a week and exercised daily, may find themselves only able to function about an hour a day and be in the bed the remainder, Rutkowski says.

The investigators are searching for answers to why and how, and while Rutkowski says she cannot yet answer all their questions, she can tell them with certainty that they are not alone or "crazy."

One of the best things everyone can do moving forward is to remain diligent about avoiding infection, including getting vaccinated or boosted to help protect your brain and body from long COVID symptoms and help protect others from infection, Rutkowski says. There is evidence that the more times you are infected, the higher the risk of ongoing problems.

Rutkowski notes that their study findings may be somewhat biased toward high percentages of ongoing symptoms because the study likely is attracting a high percentage of individuals with concerns about ongoing problems.

SARS-CoV-2 is thought to have first infected people in late 2019 and is a member of the larger group of coronaviruses, which have been a source of upper respiratory tract infections, like the common cold, in people for years.

At least part of the reason SARS-CoV-2 is believed to have such a wide-ranging impact is that the virus is known to attach to angiotensin-converting enzyme-2, or ACE2, which is pervasive in the body. ACE2 has a key role in functions like regulating blood pressure and inflammation. It's found on neurons, cells lining the nose, mouth, lungs and blood vessels, as well as the heart, kidneys and gastrointestinal tract. The virus attaches directly to the ACE2 receptor on the surface of cells, which functions much like a door to let the virus inside.

Experience and study since COVID-19 started both indicate immediate neurological impact can include loss of taste and smell, brain infection, headaches and, less commonly, seizures, stroke and damage or death of nerves. As time has passed, there is increasing evidence that problems like loss of taste and smell, can become chronic, as well as problems like brain fog, extreme fatigue, depression, anxiety and insomnia, the investigators write. Persistent conditions including these and others are now referenced as "long Covid."

The research was supported by funding from the National Institute of Neurological Disorders and Stroke and philanthropic support from the TR Reddy Family Fund.