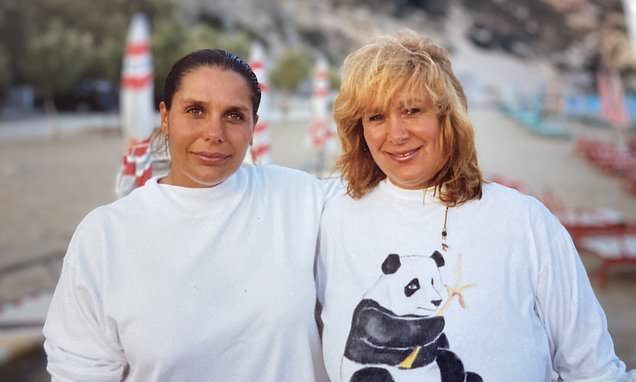 I fear that embarrassment stopped my mother seeking help: BRIGIT GRANT never realised it was possible to get cancer in a woman’s most intimate place

The morning my mother came to tell me that she had cancer, I was out shopping.

She’d never been one for arriving unexpectedly, so I was disconcerted when my husband called to say she’d just turned up and I should hurry back.

When I got home, she was sitting at my kitchen table, still wearing her coat. Her lovely warm smile briefly settled my disquiet.

‘I have something to tell you,’ she said, before revealing her diagnosis and the urgent need for surgery in sentences punctuated with tears. I was shocked — but even more so when I heard the details.

My mother, Carole, had vaginal cancer. She struggled to say the words, relying instead on George, her husband of 26 years, to relay the information.

I could barely believe it. I hadn’t even realised that it was possible to get cancer in a woman’s most intimate place.

I had so many questions: only later did I realise that every answer Mum gave was to pacify me. She reassured me her cancer was curable. I clung to that and so did she. It would be hard, but I said we’d get through it.

Yet in June last year, only three months after we’d reassured one another, my mother was dead and I was utterly bereft. 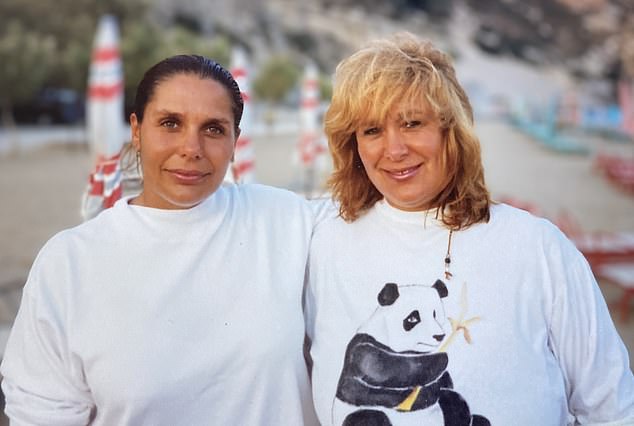 The morning my mother came to tell me that she had cancer, I was out shopping. She’d never been one for arriving unexpectedly, so I was disconcerted when my husband called to say she’d just turned up and I should hurry back

My sister asked why I, a seasoned journalist who had written about pioneering medicine, hadn’t thought to investigate the facts of my own mother’s cancer?

And my sister was right. But like many others, I’d clung to optimism and the few facts I’d been given. Had I done the research, I would have discovered that vaginal cancer is one of the rarest types, with only 260 new cases diagnosed in the UK each year.

You might expect that having spent 17 years as a specialist NHS gynaecological oncology nurse, and providing expert information for the cancer charity The Eve Appeal, Hilary Maxwell would have seen multiple cases — yet she has dealt with only one.

‘It’s that rare,’ she confirms. ‘While clinicians know to fast-track referrals when women present with certain symptoms, women themselves are often reluctant to go to the doctor with such symptoms. They’re too private and too embarrassed. But if they don’t overcome their self-consciousness and see a doctor early enough, then the likelihood is the cancer will spread.

‘They could be dying of embarrassment. Literally.’

I don’t know how quickly my mother sought help, but Hilary says that, at the age of 78, she was part of a generation who ‘don’t talk about things like that’.

This is not unique to vaginal cancers. As Dr Jane Benn, a GP for 33 years with a private practice in Harrow, Middlesex, explains: ‘Women of this generation didn’t talk about that part of the body — and there is still a reluctance to use the word vulva or vagina even among the younger age group, who resort to euphemisms.’

My sister and I were raised with those affectionate euphemisms for private parts. My mother was liberal and frank about so much, but modesty mattered to her and she was deeply private. 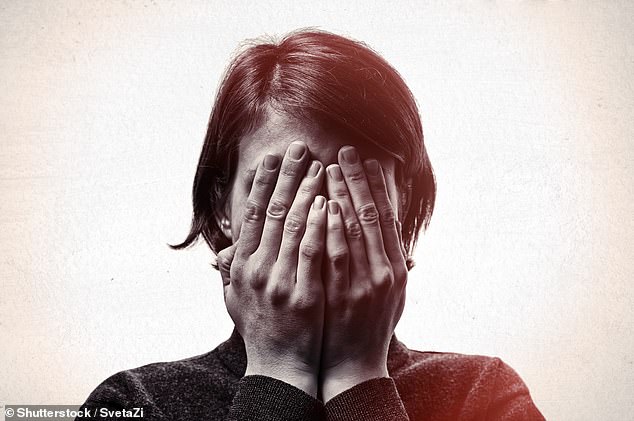 It’s typically diagnosed in women over 60, which is also the age group most reluctant to bother doctors during the pandemic. A file photo is used above

I will never know when she first experienced any of the symptoms attributed to vaginal cancer, which include unexpected bleeding after menopause, pain, constant itching, or a lump or growth.

‘The risk factors and the way vaginal cancer presents are very similar to cervical cancer and, as with cervical cancer, it is also associated with HPV [the Human papillomavirus], which is very common,’ explains Dr Adeola Olaitan, a consultant gynaecological oncologist at University College London Hospital (UCLH).

‘It also presents late, probably because some patients have been reluctant to seek help.’

This is reflected in the negligible ten cases of vaginal cancer each year in Dr Olaitan’s NHS catchment of two million people, which includes eight hospitals.

Looking back, I realised my mother had been hiding the truth for weeks. In lockdown, it was easier to suppress her pain and worry.

And though youthful-looking and energetic, at 78 she was deemed vulnerable to Covid, and the rules meant only one person — her husband, but not me — was allowed to accompany her to hospital appointments.

Her age also put her in the prime category for vaginal cancer. It’s typically diagnosed in women over 60, which is also the age group most reluctant to bother doctors during the pandemic.

My mother and I were incredibly close, yet I didn’t know about her first call to the GP in January 2021, or the subsequent appointment in February — after which she was referred to UCLH.

On paper, the dates confirm she was fast-tracked — yet the clock was clearly ticking loudly, her chances of recovery critically dependent on early diagnosis.

‘Covid had a huge impact, as services had to be changed to protect the vulnerable,’ says Hilary Maxwell. ‘But we’ve seen a huge decline overall in people attending, and NHS data I’m collecting shows there has been a massive drop in more preventable types of cancer such as endometrial [affecting the lining of the womb].

‘These cases disappeared off the face of the earth and, if we’re not seeing women with the most common gynaecological cancer, you can almost kiss goodbye to anything that’s rare.’

I still can’t believe I had to say goodbye so quickly to my mother, taken by a cancer which I had never heard of.

I only realised the grave reality of her situation when I read the email I received from her surgeon just before she died.

He wrote: ‘The disease had spread when she came to us and was an aggressive type. Despite this, we had hoped that removing it, and adding radiation and chemotherapy after surgery, would be able to cure it. This was the only life-saving option.’

I think ‘able to cure’ may well have been the only words my mother heard in that meeting, enabling her to calmly relay her prognosis to me.

Hilary has seen this response in other patients — ‘who when receiving bad news immediately go into denial and negate almost anything they’ve been told’.

If my mother could not process the horror, how could she tell us?

Three weeks after surgery, the cancer returned. It was now incurable and George broke the news by phone.

Deprived of the truth from the start, I was totally unprepared. Desperately, I investigated other treatments from eminent oncologists — but it was too late.

‘This is the worst thing in the world for you, isn’t it, Brigit?’ said my mother as I wept, watching her rapid decline over two weeks.

She was right. But her secrecy left me wishing she’d felt more able to discuss her most private pain with me and my sister.

In grief, what haunts me most is wondering how quickly she sought help. ‘That’s the question she may have been fearful of,’ suggests Hilary. I only wish I knew.

The tattoos being used for medical purposes. This week: To camouflage damage to the eye

Scarring or disease can cause the cornea — the clear, front layer of the eye — to become cloudy, known as corneal opacification.

In a study in India, patients had their eyes tattooed for aesthetic reasons — to mimic the look of the iris, which was hidden underneath.

After treatment, the majority of patients reported being satisfied with the results.

How what you wear can affect your health. This week: Glasses may protect against Covid-19

People who regularly wear glasses have a 15 per cent lower chance of becoming infected with Covid, according to early results from a study run by scientists at University College London (UCL), who examined data from almost 20,000 people taking part in the Virus Watch study.

‘The reduced incidence may either be from glasses directly preventing contaminated droplets landing in the eyes or reducing transfer of virus from the hands to eyes,’ explains Professor Andrew Hayward, an epidemiologist from UCL who worked on the trial.

‘When the virus gets into the eye, it may then reach the respiratory tract via tear ducts that connect the eye and nose — or directly establish infection via the mucus membranes and surrounding tissues.’