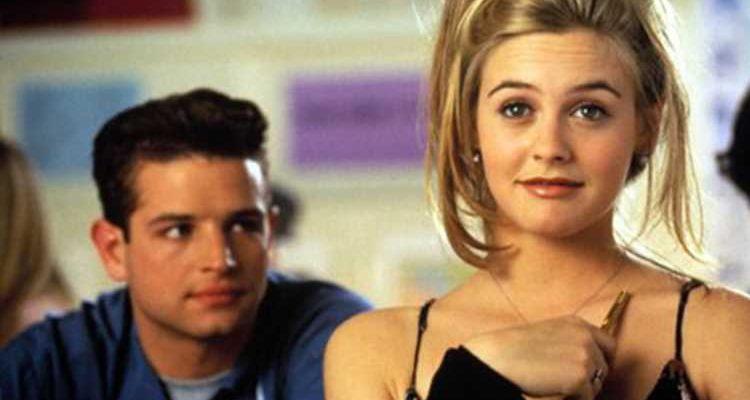 When it comes to defining the most popular ‘90s hairstyles, it’s impossible to go past the ultimate beauty icons of the decade. Namely, Alicia Silverstone, Gwen Stefani and Jennifer Aniston.

Pixie crops, half-up updos pinned with a slate of butterfly clips and pigtails were all donned on high rotation. Suffice to say, these throwback hairdos are all about experimentation. Nonetheless, there was one hairstyle that reigned supreme as the ultimate ’90s look *drumroll, please*  the Rachel.

Other ’90s hair trends have made a full-fledged comeback – seen on it girls, the fashion week runways and the red carpet – hair accessories, a prime example.

Grab your crimping iron, because we’re revisiting the best hairstyles of the ’90s. In no particular order, we’re looking back at our favourite hair looks from the decade.

Spice up your life with the epitome of ’90s girl band style: The Spice Girls. From Mel C aka Sporty Spice’s super high ponytail to Emma Bunton’s (Baby Spice) girlie-girl buns, these British pop-stairs delivered one classic nineties look after another.

Short hair? Drew Barrymore‘s daisy-adorned ‘do is the perfect ‘90s style for you.

Supermodel Cindy Crawford’s bouncy waves and deep side-part are a natural wonder of their own. The trick to faking ’90s supermodel-worthy hair? In one word: volume. The bigger the better.

No Doubt frontwoman Gwen Stefani made the ’90s double bun or mini buns hairstyle a red carpet hit. These days the quirky style has been sported by Cara Delevigne, Rita Ora and Kaia Gerber. Case in point: Supermodel Josephine Scriver wearing the hairstyle on Instagram.

Messy buns and topknot hairstyles have been having a major moment lately, and if we’re honest, we hope this very wearable trend sticks around. After all, a topknot is our go-to hairstyle when we’re running all of those errands we’ve been avoiding, working out, or running late to the office. You can blame hair guru Jen Atkin, who recently gave her clients, Kendall Jenner and Hailey Baldwin ’90s tendrils on the red carpet, for bringing back the chin-grazing hair strands.

There are haircuts, there are classic haircuts, and then there’s “The Rachel,” made famous by Jennifer Aniston. The debut of the iconic look on the set of Friends back in 1995 launched a thousand lookalikes in its wake, and the movement quickly caught on in Hollywood.