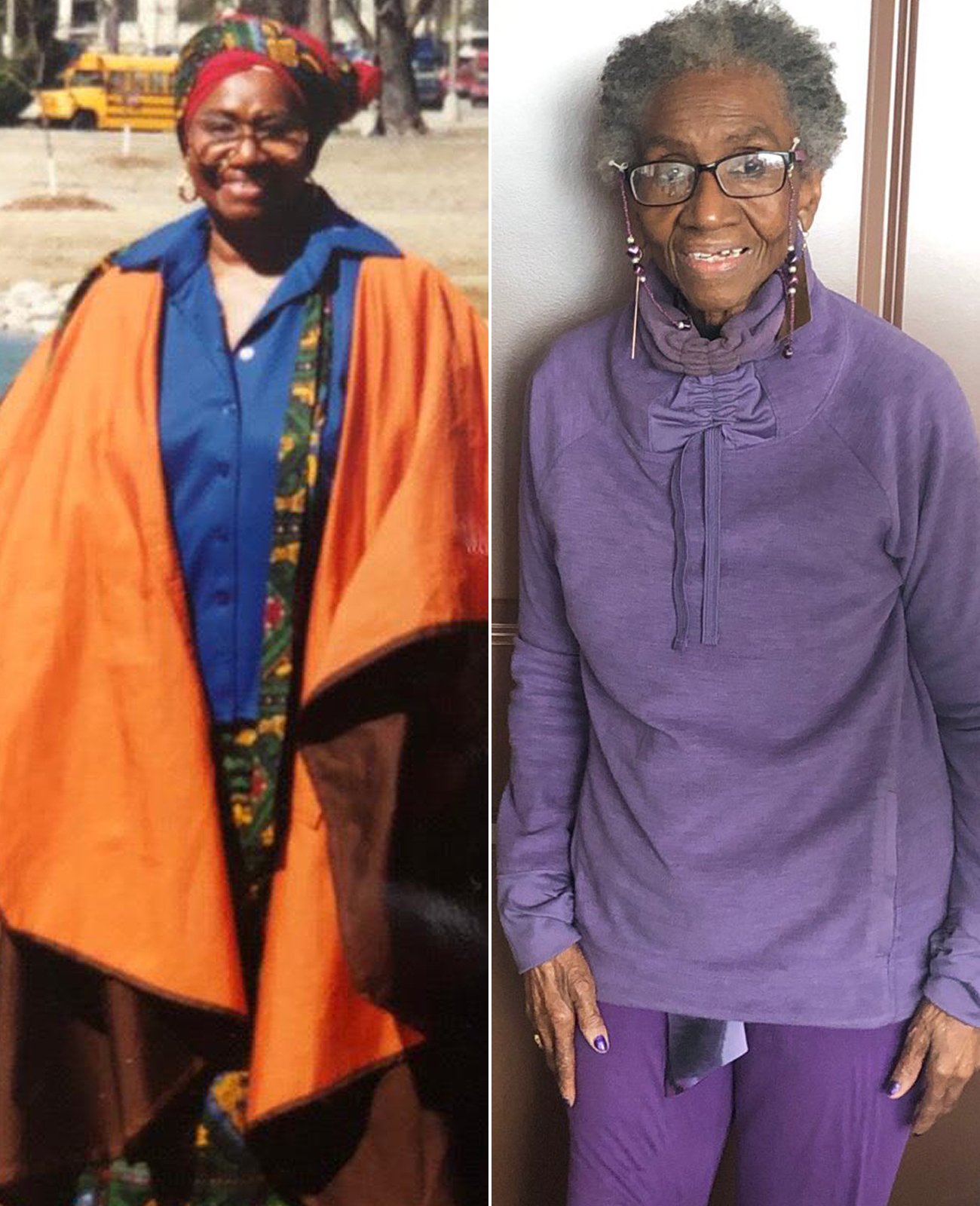 Jessica Slaughter lost 120 lbs. by walking miles and miles — around her apartment.

The 86-year-old retired substitute teacher based in St. Louis, Missouri says she started walking in her apartment more than 10 years ago in an effort to lose weight.

“I know my apartment,” she tells PEOPLE. “It’s always clean and there’s nothing on the floor so I feel safe walking. If I was outside, I’d be wondering if I was going to fall. I’m quick to trip.”

So every morning she walks at least 3,000 steps within her four walls. That routine, along with adopting a vegan diet, has helped her lose weight she has carried since childhood.

Slaughter says as a little girl she was bullied for her weight by classmates — and even her twin brother.

She preferred to be alone to avoid other kids’ stares. “I didn’t want to play with the kids and be teased,” she says. “I was always fat. I was always chubby.”

As an adult, Slaughter covered her mirrors with bedspreads because she couldn’t stand looking at her reflection.

“I was so embarrassed,” she says. “I didn’t want to see myself. But I couldn’t stop eating.”

At 70 years old and 245 lbs., she was walking with a cane, and her doctor told her she would soon need a wheelchair. But it was still two more years before she decided to take action and start her walking routine. “I thought, ‘Maybe this will help.’ “

Slaughter also decided to combine the walking with the Atkins diet. “I knew I could eat all the meat I wanted to,” she says.

She successfully lost about 70 lbs. in two years before she plateaued. Although she went from wearing a size 22 dress to a 10/12, she was determined to lose more weight.

A friend mentioned that she was a vegan. “I dismissed it because I wasn’t going to stop eating my meat,” Slaughter says. “But I always admired her because her skin was so clear and she was always so happy.”

So in 2007, Slaughter decided to give veganism a shot.

“And the weight just dropped off,” she says. “I was very surprised. I never, never dreamed I would be the size that I am now.”

These days, breakfast for Slaughter is a fiber-filled cereal, plus grapes, tomatoes, oranges and bananas. She usually skips lunch, and for dinner she has a salad or a wrap. Later she may treat herself to a vegan cookie or a scoop of vegan ice cream.

Now a size 4, she has kept the weight off for more than 10 years and hopes her story will inspire other senior citizens to lead healthier lives.

“I live in a senior citizen apartment, and there’s so many who have given up,” she says. “You reach a certain age and they stop moving. They stop going. They start living in house shoes and robes.”