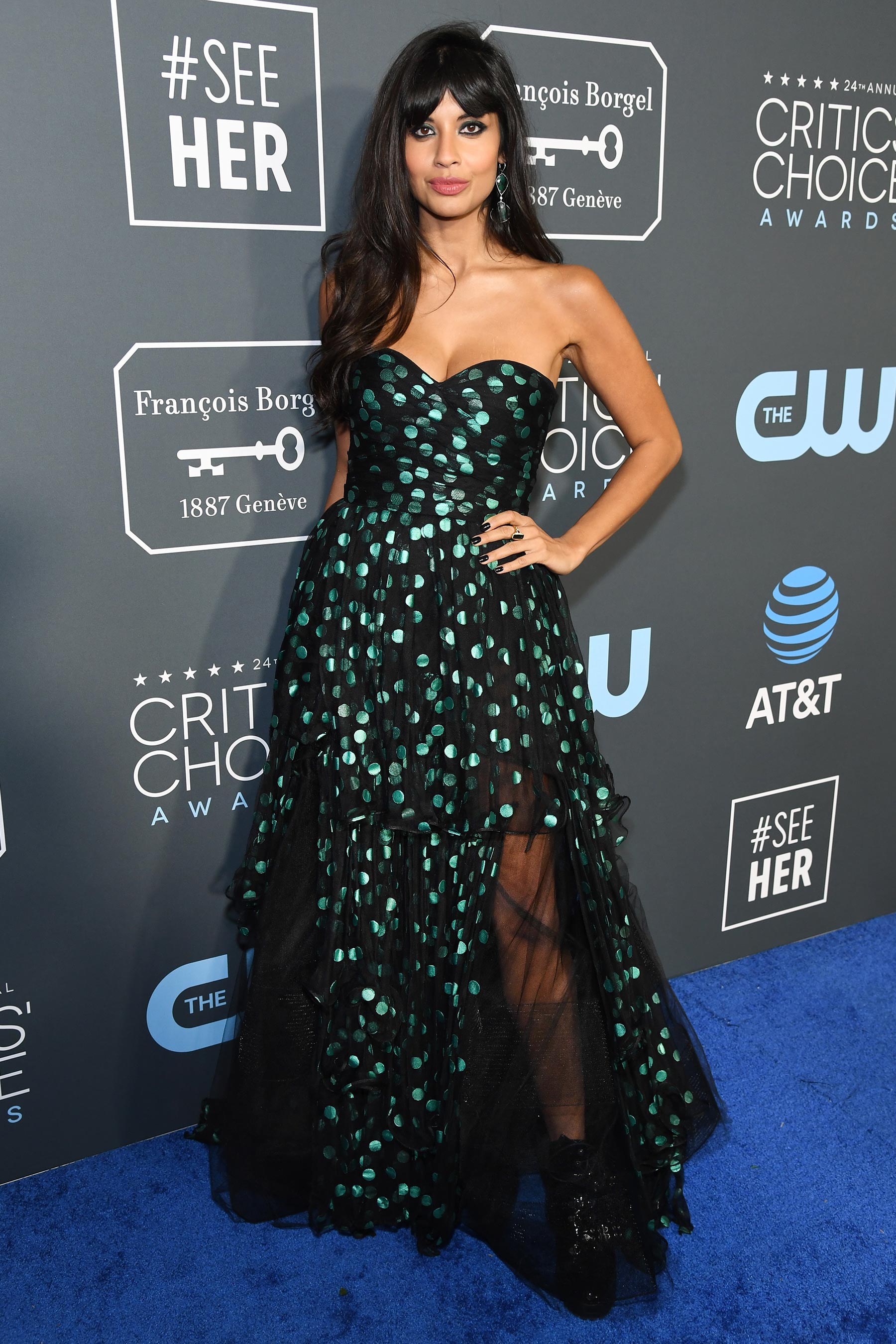 Jameela Jamil’s lasting legacy may be her efforts to stop celebrities from selling weight loss laxatives, and that’s something she would be incredibly proud of.

The Good Place star, 32, famously called out several celebrities — including Kim Kardashian West and Cardi B — for promoting weight loss teas and appetite-suppressing lollipops to their millions of followers. And Jamil hopes it’s making a difference.

“I really think I am making it too embarrassing for other people to sell laxative teas, which truly may be my greatest achievement,” she told PEOPLE on the Critics’ Choice Awards red carpet on Sunday.

Jamil’s fight against weight loss products is just one of the ways she’s working to change the conversation around body image.

“I’m excited at the idea that I might have a positive impact on young women rather than a negative one, which is more often than not what you end up having on people if you allow the industry to airbrush you, to Photoshop you, let you lie about your aesthetic and you put negative rhetoric out into the world,” she says. “So I feel excited to be part of the change.”

Jamil says her aim is to “lift back the curtain on Hollywood.”

“It’s really important, and it will only help, it won’t hurt anyone.”

Jamil now specifically tells photographers not to airbrush out her stretch marks or any so-called “imperfections,” but she’s had some crazy experiences with photoshopping in the past.

“There was one time where I shot a campaign and I had gained some weight,” she recalls. “I wasn’t asked beforehand, but they put my head on someone else’s body. I mean that’s how far it goes. They took my head and put it someone else’s body. I got no neck, my face is a different color, and it looks I’m complicit in it. Whereas we never get asked, so that was one of the most ridiculous time.”

RELATED VIDEO: Jameela Jamil Teaches You How to Swear in Front of Your Kids

But Jamil says that she feels as though the industry has changed.

“I think that the moment of diversity is really here, and it’s really important that we’re recognizing the problem with erasure, with ethnic erasure. I was a victim of that when I was younger, and really need to see representatives with every skin color and their real ethnic noses. Their real cellulite and stretch marks all over the red carpet,” she says.

And while Jamil got into a mini-feud with Cardi B over the detox tea, she says her fight for body acceptance hasn’t ruffled too many feathers.

“I haven’t had many [people getting mad]. I’ve been fairly butthole free I would say,” she says. “Most people have been very supportive, and I think I’m talking about it in a very clear way that helps people understand my personal journey with this, and that I’m not doing this as performative activism. I genuinely suffered because of these things that I’m now trying to dismantle.”