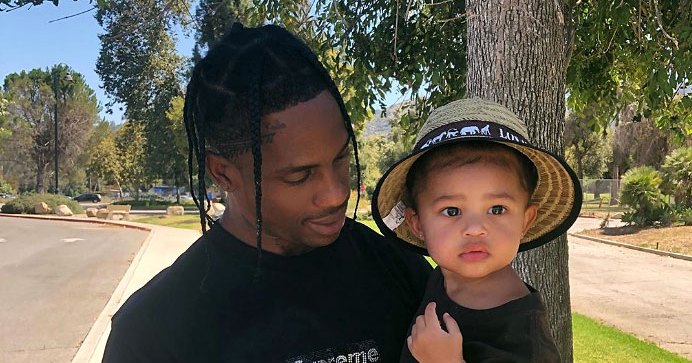 “Is that Daddy, Stormi?” a female voice asked from behind the camera in Scott’s Sunday, October 13, Instagram Story upload. “Be careful, baby. Don’t pause it.”

In the adorable footage, the toddler waved her arms while watching one of the rapper’s music videos on a phone. She picked up the cell and carried it to a couch, still dancing. 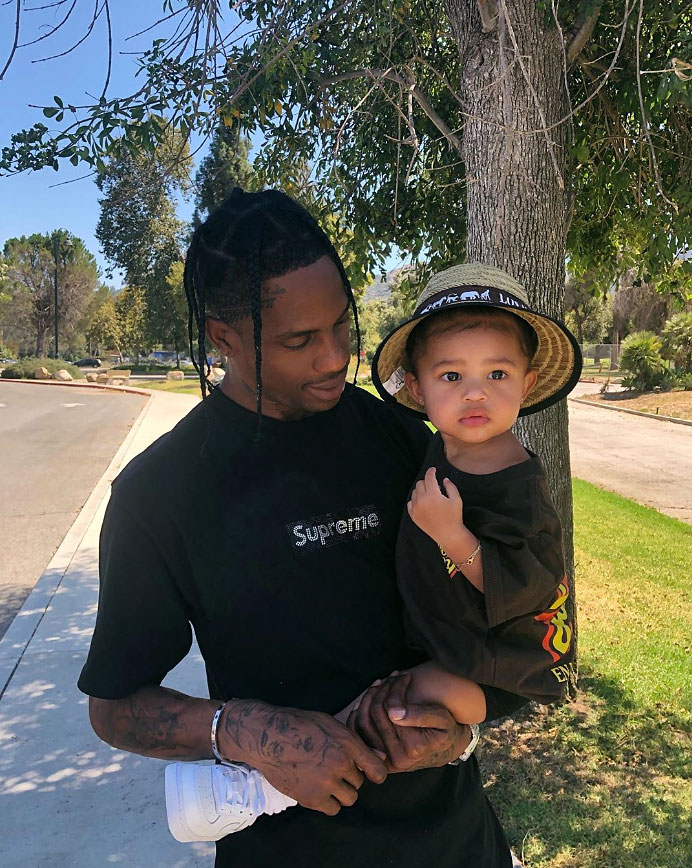 Earlier this month, Us Weekly confirmed that Scott, 28, and the Kylie Cosmetics CEO, 22, split after more than two years together. A source shared their custody plans with Us exclusively following the breakup.

“It will be 50/50, but it’s not a point of contention,” the insider explained. “It’s really whatever is best for Stormi. Travis knows what an incredible mom Kylie is and will make whatever situation work.”

Another source added, “Travis still has a lot of love for Kylie and respects her as a mom. He will be very involved in Stormi’s life.”

On Saturday, October 12, the Keeping Up With the Kardashians star revealed that she still has plans to give Stormi a little brother or sister in the future. “I can’t wait to have more babies,” Jenner wrote on her Instagram Story when a fan asked if she wanted to expand her family. “But not ready just yet.”

The reality star “wanted to have a second baby” with the Grammy nominee ahead of their split, a third source told Us exclusively earlier this week, but he “did not.”

“They are very, very in love, but she’s 22, and her whole life is Stormi and her business and her family,” the insider explained. “She’s not wanting to be a normal rapper’s wife. He’s still young and at the recording studio late. She usually goes to bed early. They have different lifestyles.”

Jenner and the “Stop Trying to Be God” rapper started dating in April 2017. They welcomed their daughter ten months later after keeping the Kylie Skin creator’s pregnancy under wraps.