Getting close! Thomas Rhett and his pregnant wife, Lauren Akins, are getting ready for their third daughter’s arrival.

“[We’re] trying to survive,” the singer, 29, told Us Weekly and other reporters of their preparations at CMT Artists of the Year event on Wednesday, October 16.

Akins, also 29, shared “the best part” of this transitional stage, telling Us, “We’re excited and our kids are excited. [We’re] making sure [there] aren’t going to be any hurt feelings when Ada isn’t the baby anymore.” 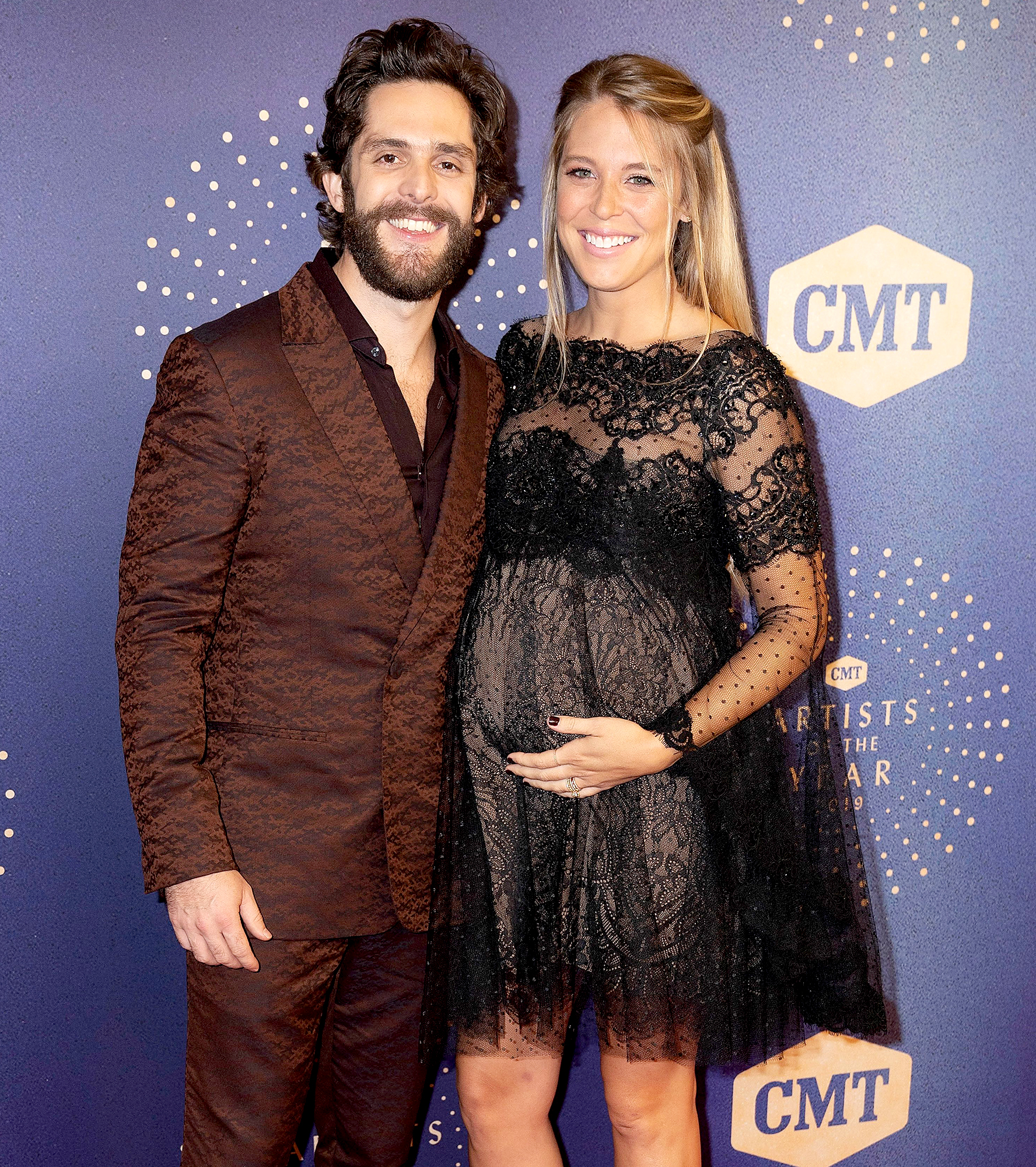 She and the “Die a Happy Man” singer wed in 2012 and adopted Willa, now 3, five years later. Their now-2-year-old daughter, Ada, was born three months later in August 2017.

In July, the couple announced their pregnancy news with an Instagram family photo. “Excited to share that I will now be paying for 3 weddings,” the Grammy nominee joked at the time. “I feel so blessed to say that our third child is on the way and it’s a girl!! I love you so much @laur_akins. WG and AJ, y’all are gonna be the best big sisters! Bring on the crazy.”

Rhett and his wife were “very shocked” when they found out the sex of their baby-to-be. “Ninety percent of our family thought it was a boy,” he explained to Us on Wednesday. “I thought for sure it was a boy. When I saw the pink smoke come out of that thing, I was just like, ‘Oh, my gosh.’”

Now that the news has sunk in, the Georgia native told Us, “I was born to be a girl dad, and I love it. I love doing their hair, and I love playing the Barbies with them, whatever they want me to do, tea parties. It’s just been awesome to get to be a dad of two beautiful girls and a third one on the way.”

Akins confirmed that Rhett does do Willa and Ada’s hair. “He’s learning,” she told Us. “He’s doing it actually pretty well. I’m impressed.”

With reporting by Rebecca Fisher