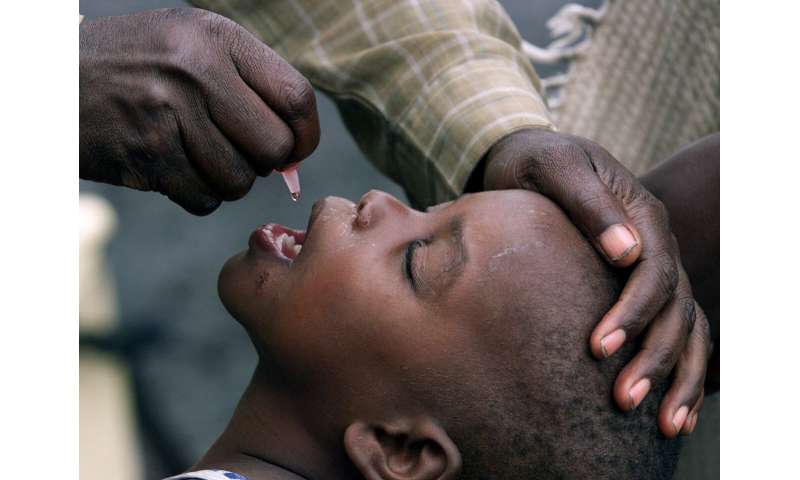 The World Health Organization says Zambia has reported its first local case of polio since 1995, in a 2-year-old boy paralyzed by a virus derived from the vaccine.

In a report this week, WHO said the case was detected on the border with Congo, which has reported 37 cases of polio traced to the vaccine this year. The U.N. health agency said there is no established link between the Zambia case and the ongoing Congo outbreak but said increased surveillance and vaccination efforts are needed, warning that “there is a potential for international spread.”

In rare cases, the live virus in oral polio vaccine can mutate into a form capable of sparking new outbreaks.

Nine African countries are currently battling polio epidemics linked to the vaccine as WHO and partners struggle to keep their efforts to eradicate polio on track. Elsewhere, cases have been reported in China, Myanmar and the Philippines.

On Thursday, WHO and partners are expected to announce they have rid the world of type 3 polio virus.

There are three types of polio viruses. Type 2 was eliminated years ago. That now leaves only type 1. But that refers only to polio viruses in the wild. Type 2 viruses continue to cause problems since they are still contained in the oral polio vaccine and occasionally evolve into new strains responsible for some vaccine-derived outbreaks. 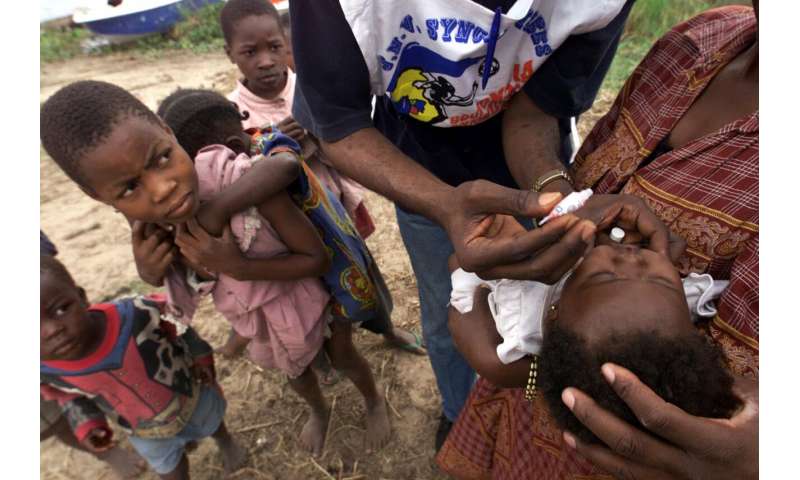 The global effort to eradicate polio was launched in 1988 and originally aimed to wipe out the potentially fatal disease by 2000. While cases have dropped dramatically, the virus remains stubbornly entrenched in parts of Pakistan and neighboring Afghanistan. This year there have been 72 cases of polio in Pakistan after only eight in 2018.