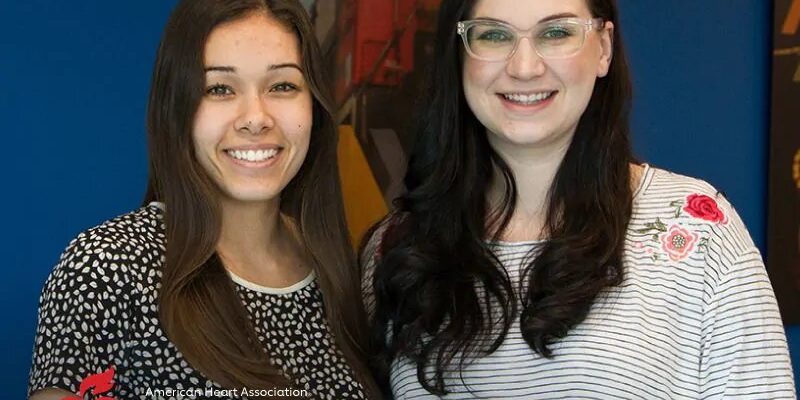 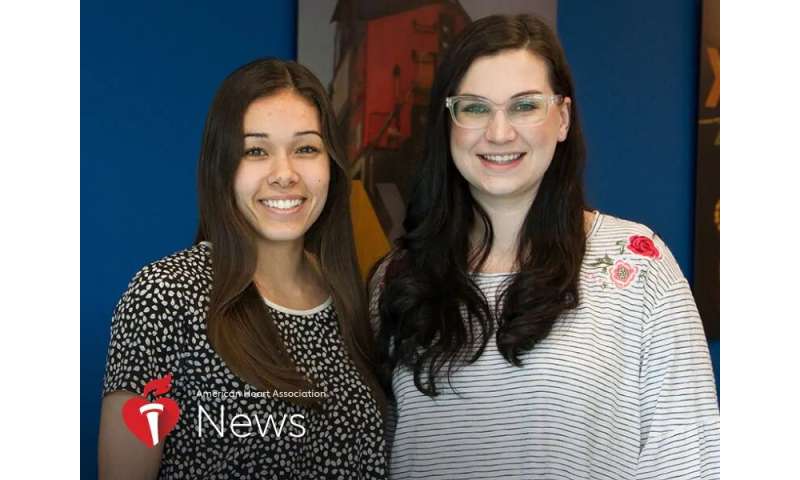 While in the hospital recovering from a stroke, 21-year-old Alex Leary was trying to make sense of what happened when she got a text message from a co-worker she barely knew.

Vicky King wrote that she understood what Leary was going through. A few years earlier, King survived a stroke at 21.

“I couldn’t believe the odds that someone I worked with had the same experience,” Leary said.

United by this unusual experience, the two became fast friends. Together they have navigated the stages of recovery and worked to raise awareness about the risks and symptoms of stroke at any age.

Leary’s story began during a backyard barbecue in September 2017. Calling out to a friend, the words came out garbled.

“I realized it didn’t sound right, so I tried speaking again and started to feel my face drooping,” she said.

Her friends called 911. By the time police arrived a few minutes later, her right side felt numb. She couldn’t walk or speak clearly.

“The police kept asking how much I’d had to drink,” she said. “They thought it was alcohol.” Leary didn’t know she had the classic symptoms of a stroke.

Hospital tests revealed a tear in her left carotid artery. This allowed a clot to escape and block blood flow to the brain. She received a clot-busting drug that can improve recovery chances if administered within the first few hours after a stroke.

Leary soon recovered feeling on her right side. She went home a week later without major impairments. Doctors aren’t sure what caused her carotid artery to tear but advised her to discontinue birth control, as it may have increased her stroke risk.

Leary and King both worked in marketing in cubicles near each other, but Leary had only been on the job for a few months.

When King learned Leary had been hospitalized for a stroke, she asked a colleague for Leary’s number.

Once Leary returned to work, she and King met for lunch and swapped stories.

“It was great having someone to open up to,” said Leary, now 23. “Other people can sympathize with you, but nobody else knew what it feels like being paralyzed and then getting that feeling back.”

Unlike Leary, King didn’t get immediate treatment when her stroke hit.

It was March 2012 and King was getting ready for bed. Her speech slurred and her left side felt tingly. Things returned to normal moments later, but she called her dad. It reminded him of a migraine he once had. King thought it made sense, since she had a history of migraines.

But then it happened again. She was making breakfast one morning when her bowl of oatmeal “felt like it was 1,000 pounds.” Soon she could hardly move her right side.

Like the previous episode, she felt normal again moments later. She muddled through her day, despite feeling cold on a hot day. She went for her usual 7-mile run but could only tolerate 3 miles.

She underwent the MRI the next day. She got an urgent voicemail the following morning from her neurologist.

The MRI revealed King had experienced a stroke. Additional testing showed the clot had likely traveled through a hole in her heart, an undiagnosed congenital heart defect.

A few days later, King had the hole in her heart closed. She also learned the strange symptoms she had four months earlier had been a transient ischemic attack, or TIA. Sometimes called a mini-stroke, it is often a warning sign for a future stroke.

King still has vertigo, constant headaches and some memory loss from her stroke. Being able to discuss it with Leary has “helped me in my healing process,” said King, now 28.

The women recently shared their story with local media and through events with the American Heart Association in New Jersey.