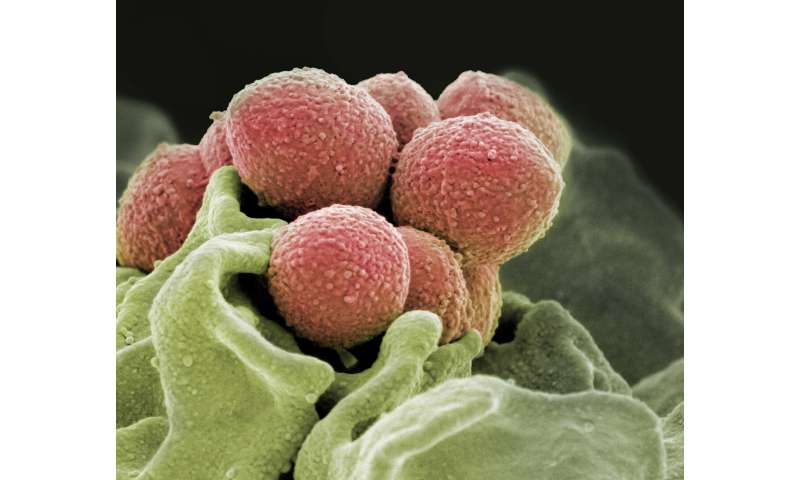 Group A streptococcus is an organism that causes more than 700 million cases of human infection every year globally. While most of those cases are strep throat, which most people have had, it’s also a common cause of severe invasive diseases.

One such disease is childbed fever, which strikes moms and their newborns following childbirth. Not many people are familiar with this uglier, meaner cousin of strep throat, but it can turn serious in a very nasty way, leaving its victims without limbs or worse.

“Puerperal sepsis, more commonly called childbed fever, causes a lot of deaths on a global basis in women who are in the process of giving birth or soon after birth,” said James M. Musser, M.D., Ph.D., who is the corresponding author on a paper appearing Feb. 18 in the journal Nature Genetics. “It is estimated that about 10 percent of all women who get childbed fever will end up dying. It’s devastating and can sometimes also cause the child to die.”

Musser, who is chairman of the Department of Pathology and Genomic Medicine at Houston Methodist, and his research team did something unprecedented in studying this flesh-eating pathogen. They studied the relationship between three separate entities of group A streptococcus. A first in the field of bacteria research to be conducted at this scale, they looked at the interplay between the genome, transcriptome and virulence. This generated a massive amount of data that lent itself to being able to then use artificial intelligence to analyze it.

“By understanding the relationship and interplay between the genome, transcriptome and virulence, we have a much greater chance of being able to successfully create new vaccines and therapies for infected patients, as well as find other ways to prevent or at least minimize how much damage they cause to humans,” Musser said.

Taking on the relationships of all three at one time gave them a richer understanding of how the organism ticks and how it really functions to become a pathogen and cause disease.

“We and others have been studying this problem for over 100 years, and we still don’t have an effective group A strep vaccine. I believe the future of a lot of bacterial pathogenesis research is in generating and analyzing much larger data sets and using them to better our understanding of disease,” Musser said. “The magnitude of data we generated for this bacterial pathogenesis paper is unprecedented. It opened the door for us to use novel and more sophisticated tools like artificial intelligence to examine it. With these new types of analyses, we’re making an important step toward ultimately having an effective vaccine to eradicate group A strep from the face of the earth.”

Having the ability to apply artificial intelligence to the data led them to an unexpected discovery, making it possible to gain new insights into how group A strep causes human infections.

“One of the very unexpected and exciting things we discovered was a strategy group A strep uses to cause serious disease in humans,” Musser said. “This new mechanism we found controls virulence and determines whether the organism is just a pathogen or a really angry flesh-eating pathogen. That discovery would not have been possible without having this unusually large data set available for analysis with artificial intelligence.”

To do this, they looked at the M28 strain of group A streptococcus, which causes a large number of invasive cases and a high incidence of childbed fever, in particular. In many countries, it’s among the top five most common group A strep strains causing serious invasive disease in humans.

“Numerically, the M28s are very important causes of human infections, so we wanted to get new insight on it, because if you begin to understand the molecular pathogenesis processes, then you have ability to begin potentially developing new therapeutics and diagnostics,” he said. “We’re now able, using these very large data sets, to analyze them far more extensively and with different sets of eyes than we were able to in the past.”

The overall strategy Musser and his colleagues used is one that is commonly used in cancer research.

“History teaches us that the more we understand how cancer cells work, the better we’re able to generate new ways to inhibit them from causing human disease. Until 20 years ago, we didn’t understand most of the genetic changes that result in cancers. We now understand those in far more detail because of extensive research and analysis of cancer genes,” Musser said. “In cancer, you can appreciate that it’s going to be very important to not just analyze one aspect, such as the genome of a cancer cell, but also to analyze what proteins are being made by the cancer cell and then exactly how cancer is invading other areas of the body.”

Musser’s team took a similar approach by analyzing the three entities of group A strep all at once. He points out that the ability to generate these large data sets at a reasonable cost, like they did in this study, was not possible even as recently as five years ago.

“We were able to clearly show new routes about how the M28 strain of group A strep causes infection, and it gives us a roadmap for understanding how this organism causes maternal sepsis,” he said. “This extensive knowledge we now have gives us insight into how one might begin to attack important downstream research like developing a vaccine or new treatment to fight this organism and potentially eradicate it in the future.”