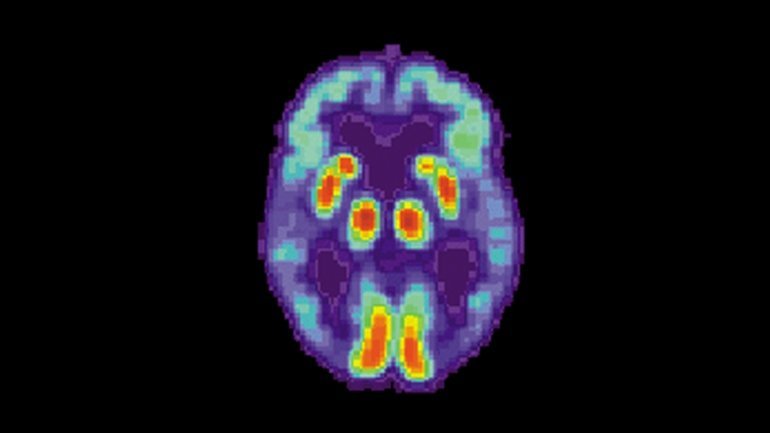 Using a common type of brain scan, researchers programmed a machine-learning algorithm to diagnose early-stage Alzheimer’s disease about six years before a clinical diagnosis is made – potentially giving doctors a chance to intervene with treatment.

No cure exists for Alzheimer’s disease, but promising drugs have emerged in recent years that can help stem the condition’s progression. However, these treatments must be administered early in the course of the disease in order to do any good. This race against the clock has inspired scientists to search for ways to diagnose the condition earlier.

“One of the difficulties with Alzheimer’s disease is that by the time all the clinical symptoms manifest and we can make a definitive diagnosis, too many neurons have died, making it essentially irreversible,” says Jae Ho Sohn, MD, MS, a resident in the Department of Radiology and Biomedical Imaging at UC San Francisco.

In a recent study, published in Radiology, Sohn combined neuroimaging with machine learning to try to predict whether or not a patient would develop Alzheimer’s disease when they first presented with a memory impairment – the best time to intervene.

Positron emission tomography (PET) scans, which measure the levels of specific molecules, like glucose, in the brain, have been investigated as one tool to help diagnose Alzheimer’s disease before the symptoms become severe. Glucose is the primary source of fuel for brain cells, and the more active a cell is, the more glucose it uses. As brain cells become diseased and die, they use less and, eventually, no glucose.

Other types of PET scans look for proteins specifically related to Alzheimer’s disease, but glucose PET scans are much more common and cheaper, especially in smaller health care facilities and developing countries, because they’re also used for cancer staging.

Radiologists have used these scans to try to detect Alzheimer’s by looking for reduced glucose levels across the brain, especially in the frontal and parietal lobes of the brain. However, because the disease is a slow progressive disorder, the changes in glucose are very subtle and so difficult to spot with the naked eye. 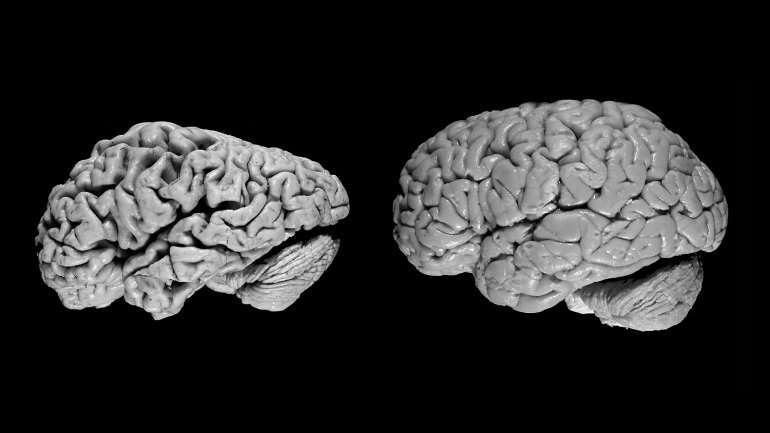 “This is an ideal application of deep learning because it is particularly strong at finding very subtle but diffuse processes. Human radiologists are really strong at identifying tiny focal finding like a brain tumor, but we struggle at detecting more slow, global changes,” says Sohn. “Given the strength of deep learning in this type of application, especially compared to humans, it seemed like a natural application.”

To train the algorithm, Sohn fed it images from the Alzheimer’s Disease Neuroimaging Initiative (ADNI), a massive public dataset of PET scans from patients who were eventually diagnosed with either Alzheimer’s disease, mild cognitive impairment or no disorder. Eventually, the algorithm began to learn on its own which features are important for predicting the diagnosis of Alzheimer’s disease and which are not.

Once the algorithm was trained on 1,921 scans, the scientists tested it on two novel datasets to evaluate its performance. The first were 188 images that came from the same ADNI database but had not been presented to the algorithm yet. The second was an entirely novel set of scans from 40 patients who had presented to the UCSF Memory and Aging Center with possible cognitive impairment.

The algorithm performed with flying colors. It correctly identified 92 percent of patients who developed Alzheimer’s disease in the first test set and 98 percent in the second test set. What’s more, it made these correct predictions on average 75.8 months – a little more than six years –before the patient received their final diagnosis.

Sohn says the next step is to test and calibrate the algorithm on larger, more diverse datasets from different hospitals and countries.

“I believe this algorithm has the strong potential to be clinically relevant,” he says. “However, before we can do that, we need to validate and calibrate the algorithm in a larger and more diverse patient cohort, ideally from different continents and various different types of settings.”