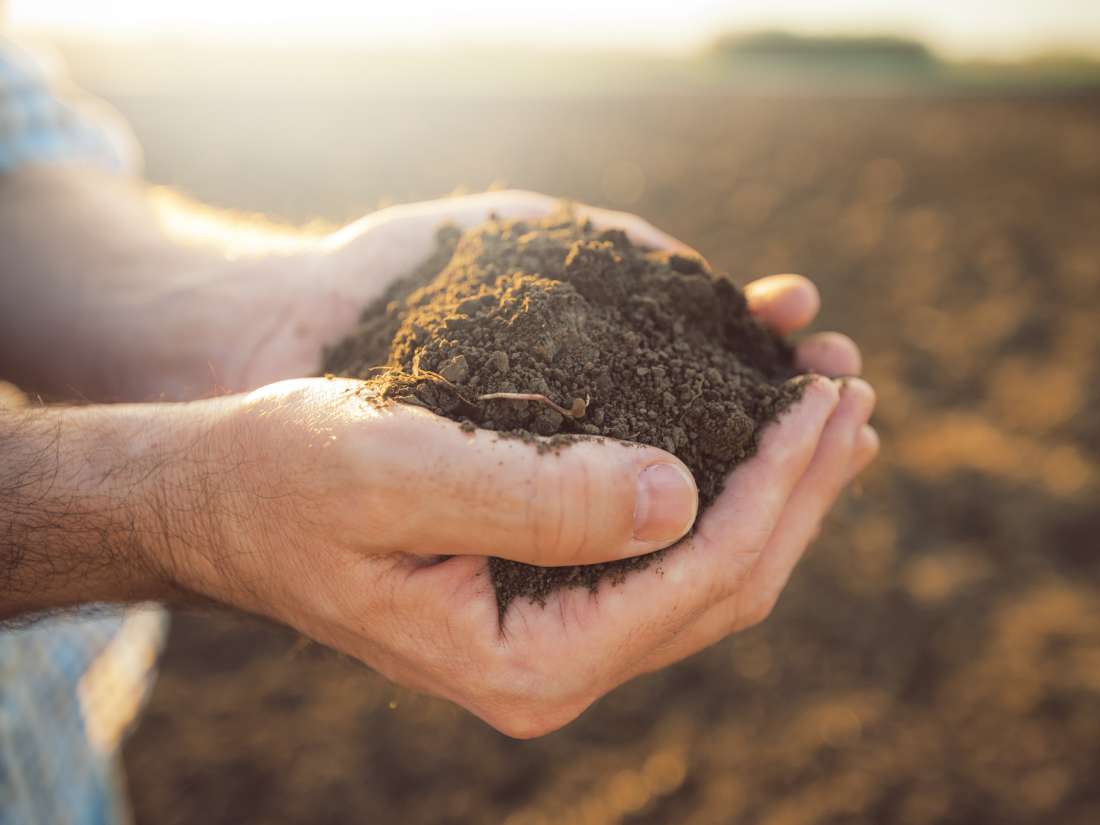 Scientists at Swansea University Medical School in the United Kingdom drew this conclusion after studying samples of Irish soil with a long healing tradition.

They found that the soil contained a previously unknown strain of Streptomyces bacteria that has remarkable medicinal properties.

Tests revealed that the strain was able to stop the growth of MRSA and three other superbugs that can spread in hospitals.

The journal Frontiers in Microbiology has published a study paper on the findings.

“This new strain of bacteria,” says co-author Paul Dyson, who is a professor of medicine at the university, “is effective against four of the top six pathogens that are resistant to antibiotics, including MRSA.”

He and his colleagues named the new species Streptomyces sp. myrophorea.

The soil samples in the study came from alkaline grassland in the Boho Highlands of Fermanagh, Northern Ireland.

There is evidence that Neolithic people lived in the area some 4,000 years ago, and that the site was also home to Druids about 1,500 years ago.

“Ancient healers” used soil from the site to treat ailments ranging from a toothache to throat infections.

They would take a small sample of soil and wrap it in cotton cloth. The healer would then place it “next to the infection or underneath the users’ pillow for 9 days,” the authors write.

Antibiotic resistance is “one of the most urgent threats” to public health.

Bacterial infections that once succumbed easily to treatment with antibiotics have become highly resistant. In some cases, infections with a superbug can lead to severe disability and death.

Some superbugs have developed multi-drug resistance. First-line treatments are no longer effective against them. There is no longer a guarantee that “treatments of last resort” will work against them.

In response to this global threat, the World Health Organization (WHO) recently published a “priority list” of multi-drug resistant pathogens that urgently require new antibiotics.

The recent study investigated the ability of the new Streptomyces strain to combat highly resistant pathogens, or superbugs, that are “responsible for the top six healthcare-associated infections.”

They are also known as ESKAPE pathogens, a term compiled from the first letters of their names.

The researchers found that the newly identified Streptomyces strain was able to halt the growth of four of the resistant ESKAPE pathogens:

In addition, the new strain was equally effective against both gram-positive and gram-negative bacteria.

The team is now carrying out further investigations to find out which components of Streptomyces halt the growth of the superbugs.

The researchers suggest that their investigative work in folk medicine, which is part of a growing drug research field called ethnopharmacology, will yield fruitful results in the quest for new antibiotics.

“Our discovery is an important step forward in the fight against antibiotic resistance.”