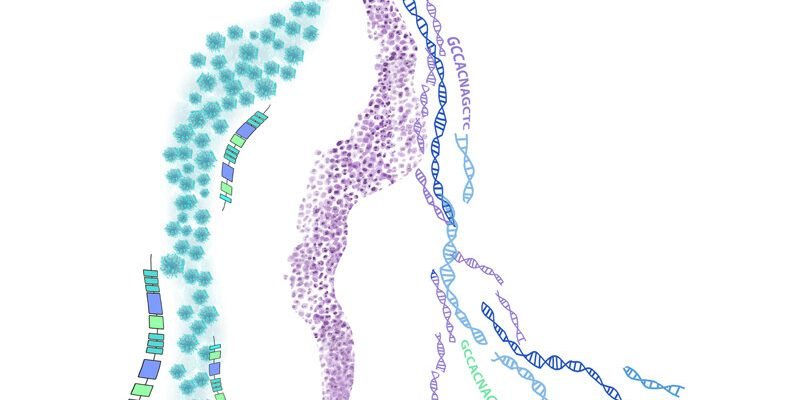 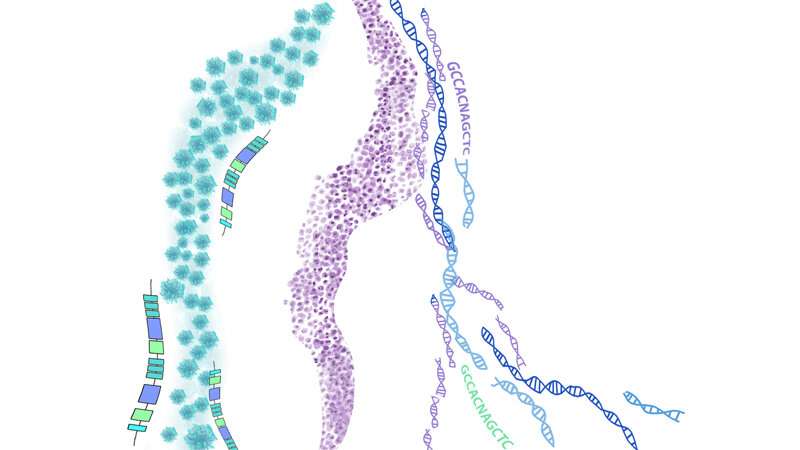 “There is an unmet clinical need for real-time, noninvasive detection of tumor response to targeted and immune checkpoint blockade treatments,” says Victor Velculescu, M.D., Ph.D., co-director of cancer biology at the Johns Hopkins Kimmel Cancer Center. “Our studies suggest that tests using blood samples will change the way cancer patients will be treated by helping to evaluate therapeutic responses more quickly and accurately, and avoid unneeded toxicity or ineffective treatments.”The new studies, described in the December issues of the journal Cancer Research, showed that tracking responses to treatment by measuring ctDNA was a more accurate way of assessing tumor growth or shrinkage than traditional imaging techniques.

All of the patients were seen at hospitals affiliated with The Johns Hopkins University or University of California San Diego, and were treated with osimertinib, mavelertinib, afatinib or erlotinib. Blood samples were analyzed to detect ctDNA shed by tumors into circulating blood and to track tumor burden during therapy by detecting gene mutations as well as chromosomal changes in tumor cells.

As early as a week after receiving treatment, 20 patients with full molecular response to treatment had nearly complete elimination of ctDNA that could be detected in their blood samples. Eight nonresponders to the therapy had limited changes in ctDNA levels and significantly shorter progression-free survival. Overall, patient response to treatment could be detected four weeks earlier and was more accurate than CT imaging.

The researchers also say that ctDNA analyses of patients with stable CTs or nonmeasurable disease using imaging had improved prediction of clinical outcomes compared to patients with CT imaging.

“These results indicate the potential value of early assessment of responses to targeted therapies especially when CT imaging results are in the gray area between objective response and actual disease progression,” says Alessandro Leal, M.D., a graduate student at the Kimmel Cancer Center.

The early detection of changes using ctDNA preceded responses seen in subsequent scans and allowed mutation changes in the tumors to be tracked. With these results, the study showed that measuring ctDNA for an advanced cancer can be accurate and noninvasive than with repeat CT imaging.

In a second study of 38 patients with NSCLC, scientists including Valsamo Anagnostou, M.D., Ph.D., assistant professor of oncology at the Johns Hopkins University School of Medicine and a member of the Kimmel Cancer Center, measured ctDNA and immune blood cell changes to determine responses to anti-PD-1 therapy, which boosts the immune response against cancer cells.

Nine patients with a response to immunotherapy had a complete reduction in ctDNA levels shortly after the initiation of therapy. In contrast, 12 nonresponders showed no significant changes or increase in ctDNA levels. Molecular response as measured by ctDNA levels more accurately predicted overall survival for these patients—patients without a molecular response had shorter progression-free and overall survival than molecular responders. Overall, tumor responses to the therapy that were detected using ctDNA were found nearly nine weeks earlier than with conventional imaging.

Anagnostou and colleagues also investigated changes in the immune cells in the blood of these patients. Expansion of immune cells mirrored the ctDNA reduction during therapeutic response, suggesting that ctDNA reduction in circulating blood was in line with an effective immune response.

Anagnostou says the researchers also validated some of their findings in a group of early stage NSCLC patients who received anti-PD1 therapy prior to removal of their tumors. The researchers found that circulating ctDNA molecular responses accurately captured the effect of immunotherapy. The authors also showed that reduction in tumor size after immunotherapy correlated with reductions in ctDNA levels.

“Conventional imaging does not always or quickly capture the unique timing and pattern of response to immunotherapy, highlighting the urgent need to develop biomarker-driven approaches such as measuring ctDNA in blood samples,” Anagnostou says. “Early detection of disease progression on immunotherapy opens a window of opportunity in which changes in liquid biopsies may allow patients with resistance to be rapidly identified and redirected to receive alternative therapies.”