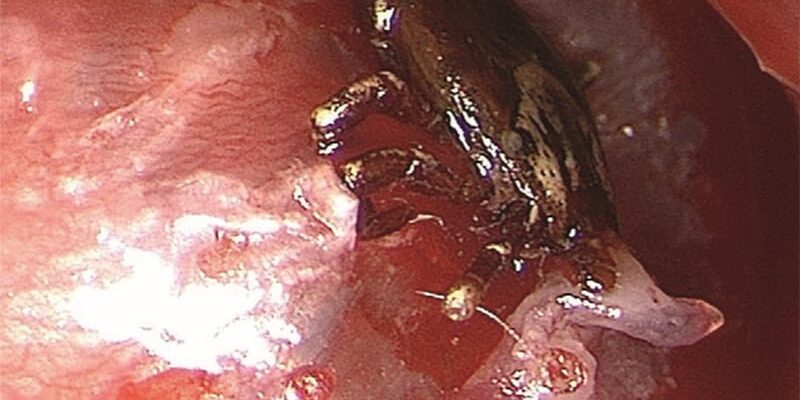 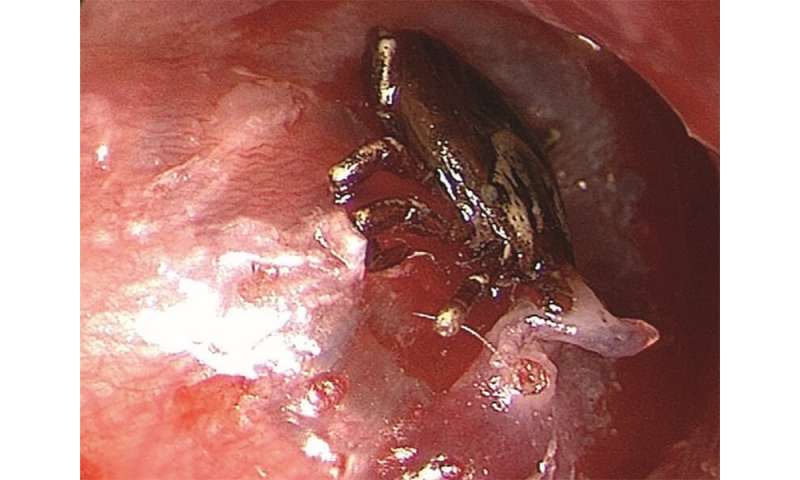 (HealthDay)—The Connecticut 9-year-old knew something was wrong. Three days after a routine day in the school playground, he felt something “foreign” in his right ear and persistent buzzing noises.

Doctors who examined the boy’s ear at Yale-New Haven Hospital quickly ascertained the cause: An eight-legged visitor, a tick, had taken up residence on his eardrum, which was clearly inflamed.

“Removal of the tick with guidance from an operative microscope was attempted in the office, but the tick could not be removed,” Drs. David Kasle and Erik Waldman reported in the May 2 issue of the New England Journal of Medicine.

So the boy (whose name was not released) was taken to surgery and placed under general anesthesia. This time, doctors could clearly see the tick’s feeding apparatus burrowed into the eardrum membrane, although the underlying layer of this crucial hearing structure “remained intact.”

Using a microscope to help guide them, surgeons used a tiny hook to disengage and remove the tick from the boy’s ear.

“After extraction of the tick, the patient had no signs or symptoms suggestive of systemic illness,” Kasle and Waldman reported. The boy’s hearing was unharmed and his eardrum has since healed.

Two doctors well-acquainted with the inner ear said it’s not uncommon to have unwanted visitors creep in.

It’s “a frequent occurrence,” said Dr. Darius Kohan, who directs otology at Lenox Hill Hospital in New York City. “We have often removed roaches, flies, all sort of bugs, including ticks, attached to the canal or eardrum.”

This occurs more often in children than adults, Kohan said. “We believe the wax in the ear attracts the bugs and they get stuck behind hairs into the wax, or—like in this case—penetrate the skin or eardrum,” he said.

“As an otolaryngologist, in the last several months I have had to remove crayons, beads, batteries and even diamonds from the ear canal,” he noted. “Bugs and worms are less common, but cockroaches and maggots that have crawled in are also seen from time to time.”

Kohan explained how they set out the remove the pests. “Fortunately, the bugs usually do not survive for long, and they are not difficult to remove,” he said. “For children, we take them to the operating room for sedation since it is difficult for them to cooperate in the office during a procedure.