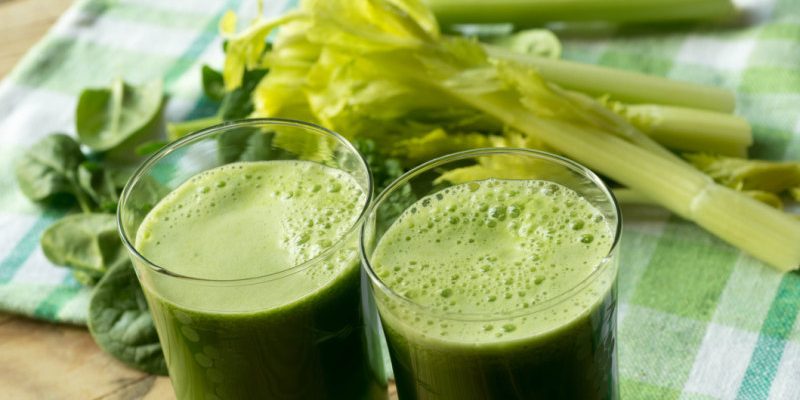 I am hypnotised by the idea of any new thing that promises to make my life more amazing. So, when New York Times bestselling author Anthony William – AKA the "Medical Medium" – came along with his millions of views on YouTube, countless testimonials and a plethora of celebrity endorsements (including Pharrell Williams, Miranda Kerr and Robert DeNiro), proclaiming that drinking 473ml of celery juice on an empty stomach when you wake up can help heal autoimmune conditions, addictions, diseases, hormone imbalances, diabetes, emotional struggles, hypertension, hyperthyroidism, chronic pain, and more, I had met my match.

It was straight to the appliance shop to buy a $600 slow-masticating juicer (becauseI know what that is now, and how it’s different from a faster, less expensive, centrifugal juicer). Then it was off to the organic grocer to purchase half a celery for $10, before the motivation to do that swiftly wore off and I opted for chopping up supermarket celery and washing each piece with fragrance-free detergent because, according to the Medical Medium, that’s how it’s done if you’re not going organic. 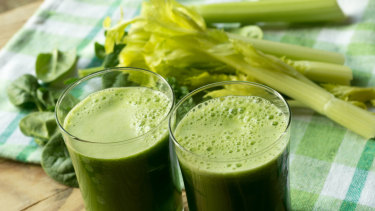 Celery juice came with so many raves I had to get on it.Credit:istock

My partner and I decided to try celery juice together because he’s just as obsessed with bettering himself as I am, and sharing the load made sense: it’s quite a load.

As we were heaving three bunches of celery onto the supermarket counter the woman working at the checkout raised her eyebrows. “You two are young. You’re breathing. You’re standing. You look fine. What’s this all about?”

And for a moment I asked myself the same thing. I mean, we eat plant-based, we sleep well, we exercise everyday. What is this all about?

The yearning to grow and evolve to the next level of amazingness roars like a fire inside me and I sometimes worry I’m going to be burned alive by it. However, according to accredited practising dietitian, academic, and non-diet approach educator Fiona Willer, a desire for novel experiences and foods isn’t necessarily a bad thing.

“Food trends can be a great way for people to be exposed to new flavours, foods and ways of eating,” she says. “The problem is when single foods are touted as having magical powers after being studied in a handful of rodents, or in a petri dish, if at all.”

When people decide to embark upon an eating plan they believe may help … they tend to attribute changes to the effect of the new foods.

The Medical Medium claims the benefits of celery juice have not yet been discovered by medical and scientific research and the celery juice “movement” is ahead of the curve. In Celery Juice: The Most Powerful Medicine of Our Time Healing Millions Worldwide, he also acknowledges that everybody is different, and different results are to be expected. “Celery juice is not the be-all and end-all for many people,” he explains. “It can be … [however] as mighty and powerful as celery juice is, it’s one tool among many that I recommend.”

Adding celery juice to my already ambitious and food-fad-laden lifestyle that seemed like a good fit. And in the eyes of nutritionist, yogi, author and social media influencer,  Lola Berry, it could be, as long as mindfulness is cultivated at the same time.

“I’m pro-intuitively listening to our bodies,” she says. “I quite enjoy celery juice. It’s super alkaline and nice to start your morning off with a healthy mindset … [but] what works for my body might not work for yours,” she observes. “So try it on, if it feels good, keep it up. If it doesn’t, let it go.”

In my case, drinking celery juice has felt good, and I have kept it up. For three months the cramps that I usually experience prior to the commencement of my cycle haven’t occurred. Ever since coming off hormonal birth control a few years ago, I’d grown accustomed to debilitating pain on the first day of my period and the shift away from this seems rather – dare I say it – magical.

The truth is that food variety is super, and superfoods don't exist.

Nevertheless, Willer warns against attributing such a significant change to one nutrient or dietary alteration. “When people decide to embark upon an eating plan that they believe may help their health, they tend to attribute any changes they experience to the effect of the new foods,” she says. "In reality, it's the combination of what's out as well as what's in that may be making the difference, along with the psychological expectation that there will be benefits from the changes.”

I certainly possess “psychological expectation” in droves. However, my partner and I made a conscious effort to keep our usual exercise and eating habits in tact because we wanted to isolate the impact of the juice as much as possible. And, over the course of the first month or so of drinking it, we both lost a bit of weight.

“Weight loss is not by any means an indication that a new way of eating is good,” Willer emphasises. “Celery juice has a mild diuretic effect, so any initial changes in weight are going to be related to fluid shifts … Longer term changes will relate to overall energy balance and our internal weight regulation system, not some special effect of the celery juice itself.”

Yet the most important part of the whole process has been that both my partner and I feel energised and clear throughout the day when drinking celery juice first thing in the morning. We’ve also become accustomed to the buying-washing-juicing process as if it were any other kind of cooking or food preparation that we might do together.

And, thankfully, Willer and Berry agree that adding celery juice to an already healthy lifestyle can’t hurt. “A glass of celery juice a few times a week is not going to cause harm for otherwise-healthy people,” Willer notes. “Except if it crowds out someone's ability to consume a variety of other nutritious foods … [because] the truth is that food variety is super, and superfoods don't exist.”

Madeleine Ryan’s debut novel, A Room Called Earth, is being published in 2020.