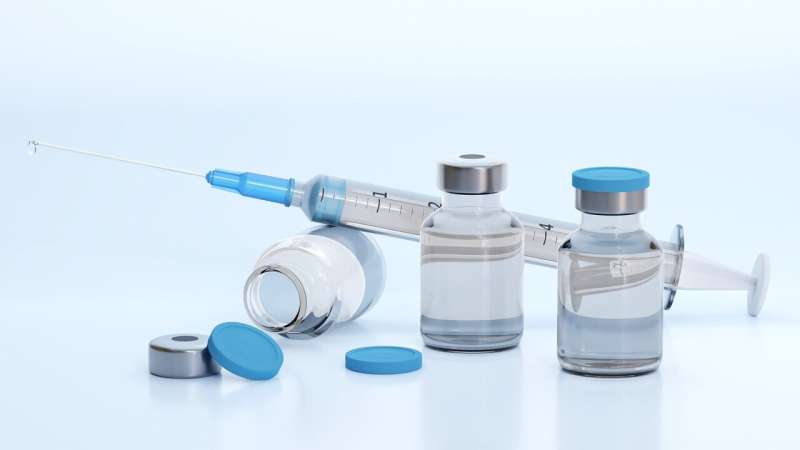 Since late last year, federal officials have been asking, practically begging people to get booster doses of the COVID-19 vaccine. But more than half of Americans have ignored the request even for a first booster, not really sure whether it’s necessary.

Now, a coterie of scientists want to help people make a more informed decision by letting them know when their own protection is fading.

Antibody tests have been on the market since early in the pandemic, but they do little more than tell people whether they have been previously infected with COVID-19. A newer generation test would look specifically at the levels of neutralizing antibodies and either give a precise level or a “low,” “medium,” “high” reading, providing more actionable information.

As with most things to do with COVID-19, though, it’s complicated.

A new at-home test was shown to work in an MIT research lab but hasn’t yet been scaled up or made simple enough for general use. Testing companies don’t want to invest in the long, complex process of winning federal approval. It remains unclear how much neutralizing antibody someone needs to be protected. And some worry that the information will be misleading, encouraging people to get shots they don’t need.

MIT researcher Hojun Li, who led the development of the new test, wanted to know whether his blood-cancer patients at Boston Children’s Hospital and Dana-Farber Cancer Institute were protected by their COVID-19 vaccinations.

The bone-marrow transplants used to treat children with blood cancer deplete the immune system’s B cells, which are needed to fight off disease. For these children, knowing whether they are safe to go out in public could literally mean the difference between life and death.

Li hopes his test, taken maybe once a month, could help those kids and everyone else identify when it’s time to top off their protection or avoid public settings.

What is an antibody test?

Dr. Michael Mina, a former Harvard epidemiologist and now chief science officer at the digital health company eMed, said he’s been using existing antibody tests for the past year to track his and his family’s antibody levels. A sharp increase after a booster showed the immune system of a family member responded the way it should, but current antibody tests can’t tell when it’s time for another boost.

How low is too low for antibodies?

Unfortunately, scientists still don’t know how much neutralizing antibody someone needs to be protected against COVID-19.

But determining “correlates of protection,” knowing how much antibody is enough, has been elusive so far in the pandemic.

Li said that’s because it’s been difficult to track people’s neutralizing antibody levels over time, to see how low they have to get to be vulnerable. His test could help figure that out, either going forward or by looking at blood samples collected over time from vaccine manufacturers.

In the meantime, based on current medical research, he thinks someone with antibody titers above 1 in 1,000 (a measure of how diluted a blood sample has to be to lose its antibody protection) has little to worry about, while someone in the 1 to 100 range is probably at risk for infection and may want to consider getting a booster.

Why don’t we already know the key levels?

Determining a “correlate of protection” for each variant would require regular blood tests from hundreds to perhaps 1,000 people, checking their antibody levels and how low they have to fall before an infection.

“With the expense and complexity of current technology, nobody seems excited about trying to run that study,” Li said.

An at-home test like Li’s would make that process much easier.

How soon can I get a test like this?

He’s tested himself only a few times, finding his titers at 1 in 900 a few weeks after getting his initial two Pfizer vaccine doses, but just 1 in 20 four months later. He’s since had two boosters because he can’t afford to bring COVID-19 into his blood-cancer ward at Boston Children’s.

To make more tests, he’s trying to collaborate with a large testing lab. So far, the ones he’s talked to have said they’re interested, if he can get his test through the Food and Drug Administration’s regulatory process. That’s not something his team or MIT have the expertise or resources to do, Li said, so he’s going to keep trying to find a partner.

Mina said the FDA may not authorize a test without a full clinical trial, which could cost something like $50 million. “This simply isn’t realistic,” he said.

Instead, the FDA should use correlates of protection to judge a test’s effectiveness, he said, criticizing the government for not following people closely enough to have figured out the correlates already.

“We have spent the last 2 1/2 years scaring elderly people half to death about this,” Mina said. “The more information we can give them about what’s going on in their body I think is really valuable.”

What are the concerns about these tests?

Wenda Gao, chief scientific officer of Antagen Pharmaceuticals, a Canton, Massachusetts biotech, developed a similar test to Li’s, but decided not to market it.

“We don’t want to push the general public to boost too often,” he said. “That may not be good for immunity. For a healthy person, sometimes we need to be very cautious.”

Getting repeated shots with the original vaccine might make it harder to mount an immune response to a newer variant, he said.

The average person also may not need more than three shots, he said, because T-cells are already providing protection against severe disease. (So far, fourth shots have been approved for those over 50 and people with immunocompromising conditions or medications.)

And it may be a waste for some immune-suppressed people to get additional shots, Gao said, because they are not getting any benefit from them at all.