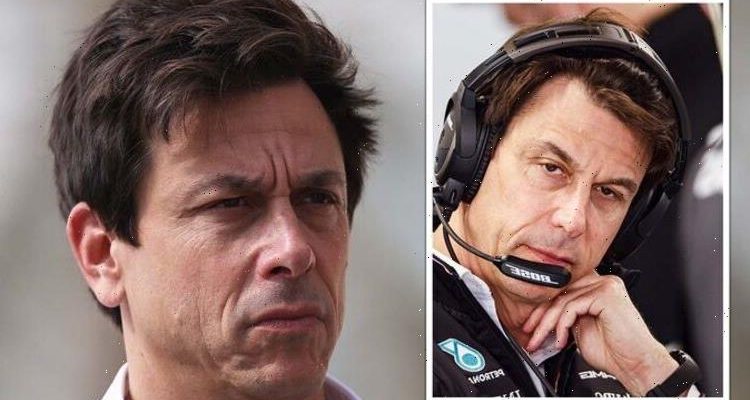 The Mercedes team principal has opened up about his own mental health struggles in a candid interview with The Times and how “high profile people” need to be more open about their mental health. Wolff became professionally engaged with F1 when he bought a stake in Williams. He later joined Mercedes in 2013.

Wolff is one of the few F1 personalities who have opened up about their mental health issues recently.

Last year, 22-year-old racer Lando Norris described how the pressure of the sport “took its toll” and said he was “depressed a lot of the time” to Sky Sports.

Wolff, who has “suffered mentally”, said: “High profile people who seem to have everything but are struggling, I think we have an obligation to say we’re getting help and it’s ok to get help.

“I’ve been going to a psychiatrist since 2004. I think I’ve had more than 500 hours [of therapy]. I have suffered mentally and I still do.”

Dr Brad Brenner from WithTherapy has explained why high performers are more likely to struggle with mental health issues.

He wrote: “Gruelling hours, constant criticism from others, including strangers, and a loss of the identity you once possessed can open the door to mental health conditions such as depression.”

“There’s also the perception — and sometimes reality — of constant competition and failure doesn’t seem to be an option.”

Lewis Hamilton is another star who has struggled with his mental health.

He revealed on social media during the height of the pandemic in 2020 that he had been struggling.

He wrote: “Gruelling hours, constant criticism from others, including strangers, and a loss of the identity you once possessed can open the door to mental health conditions such as depression.

“So I’m grateful for the ones closest to me helping me to keep a balance, even if it’s just thru [sic] text, phone or FaceTime.”

Wolff is a big advocate of therapy, which he says helped him to get where he is professionally.

“Getting help is a way of overcoming my problems and it has helped me to access untapped potential. I’ve never had a problem with the stigma,” he said.

The difference between low mood and depression

The NHS distinguishes between low moods and depression.

Negative things happening in our lives can create low spirits, whether that’s issues with a spouse or partner, or bereavement, sleep problems or because of an illness.

We all go through down days but low moods tend to lift over a few days or weeks.

The symptoms of a low mood are sadness, worry, frustration and anger.

But if your low mood doesn’t go away, it may be a sign of depression, states the NHS.

These are the symptoms of depression to look out for:

If you feel a state of despair, or are having suicidal thoughts you can contact the NHS at any time on 111 or the Samaritans on 116 123.

Both of these lines are available 24/7.