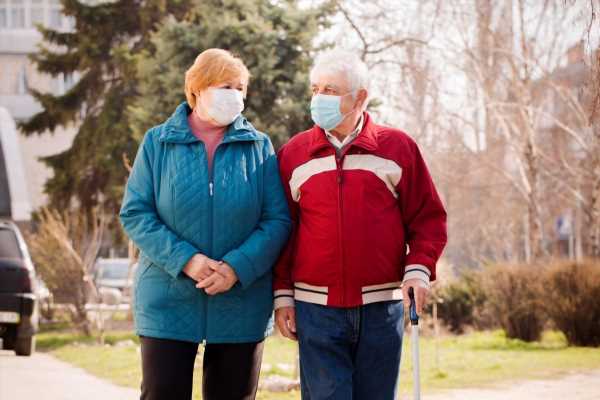 In a recent study posted to the medRxiv* preprint server, researchers evaluated the association of biological sex, frailty, and age with the vaccine-elicited immunity against severe acute respiratory syndrome coronavirus-2 (SARS-CoV-2).

Many disparities in SARS-CoV-2 infections were observed among older adults early in the coronavirus disease 2019 (COVID-19) pandemic. The phase III clinical trials of messenger ribonucleic acid (mRNA) vaccines against SARS-CoV-2 revealed high efficacy in the older population. However, such trials often under-represent the frailest and most aged people.

Some vaccination studies on the residents of long-term care facilities have identified old age as a risk factor for the poor elicitation of antibodies. Moreover, males have been predicted to experience severe COVID-19 at older ages, and a growing number of reports indicate differential immune responses based on age and biological sex.

In the present study, researchers investigated sex disparities and sex-specific aging effects in the humoral immunity against the SARS-CoV-2 vaccine strain and its variants of concern (VOCs). The participants of the study were older adults aged 75 – 98 years. The frailty status of the participant was assessed at the pre-vaccination visit using the Fried frailty phenotype, and a baseline blood sample was collected.

IgG responses against SARS-CoV-2 proteins like a spike (S) or its receptor-binding domain (S-RBD), and nucleocapsid (N) of the vaccine strain, VOCs like Alpha, Delta, and Omicron were measured, and the plasma antibodies' inhibition of binding between angiotensin-converting enzyme 2 (ACE2) and S protein was determined.

The study initially recruited 86 adults and excluded three after detecting high N titers indicating prior infection. Another participant was ruled out due to severe immunosuppression. The median age of the participants was 84 years, and females represented 59% of the cohort. About 64% of participants were categorized as pre-frail, and frail males were more in number than females. All participants completed the primary vaccination series, and more than 70% had been boosted with a third dose. Similarly, in the younger comparison cohort, females (60%) outnumbered males, and most participants were aged 30 – 40 years.

The binding of IgG to S protein and S-RBD of the vaccine strain was high after the primary vaccination series and significantly declined in the following six months in older adults. Interestingly, females elicited more significant IgG responses than males at all timepoints. A third vaccination significantly increased the anti-S and anti-S-RBD titers in males and females. By six months post second dose, 77% of females and 79% of males had no detectable ACE2-inhibiting antibodies (ACE2iAb). Sex differences were significant three months after the second vaccination, with females still mounting more robust responses than males. Following a booster vaccination, ACE2iAb was detected in all participants except one.

The authors observed a significant association between age and reduced anti-S and anti-S-RBD IgG titers and ACE2iAb six months after primary vaccination. At 3M_PD2, the age of the participants was associated with significantly weakened immune responses in males but not in females. After the booster dose administration, the age effect was insignificant overall, suggesting that booster vaccination removed age and sex disparities in vaccine-elicited immune responses.

Moreover, frail participants had significantly weaker immune responses than pre-frail and non-frail participants. Like age, frailty was associated with impaired immunity in males but not females, and a third vaccine dose attenuated the impact of frailty.

The disparities between older and younger individuals were significant in males at three-time points viz, 14-, 90-, and 180-days post-vaccination, while significant in females at 14 days after vaccination. Similar results were obtained when tested against Alpha and Delta antigens.

The present study observed that older females exhibit more robust humoral responses against the SARS-CoV-2 vaccine strain and its VOCs than males. Frailty and sex-associated differences were profound among males but not females. The sex-specific age effect was observed in both the older and younger cohort.

Booster doses eliminated these sex, age, and frailty effects in humoral responses except ACE2iAb responses, which were lower in frail adults than pre-frail or non-frail adults. In summary, age and frailty impair humoral responses after primary vaccination among older males. After a booster, the differences are eliminated, emphasizing the need for increased vaccination coverage of this subset of the population.

medRxiv publishes preliminary scientific reports that are not peer-reviewed and, therefore, should not be regarded as conclusive, guide clinical practice/health-related behavior, or treated as established information.

Tarun is a writer based in Hyderabad, India. He has a Master’s degree in Biotechnology from the University of Hyderabad and is enthusiastic about scientific research. He enjoys reading research papers and literature reviews and is passionate about writing.