The star, who originally shot to fame in the late 1970s was a founding member of the heavy metal band which quickly grew a strong fanbase in 1981. As the iconic drummer, Lee used several memorable gimmicks during his drum solos at concerts, such as having his entire kit revolving and spinning, or having the entire kit float above the crowd while he continued to play. The band as a whole became known for its decadent behaviour both on and offstage, often consuming excessive amounts of drugs and alcohol which Lee has since shared details about.

In a 2020 interview Lee revealed that before going to rehab to receive professional help for his addiction, he would drink a whopping two gallons of vodka a day.

“I was like, ‘Oh dude, I’ve got to stop,’” the rocker shared. “Like, I was drinking just out of boredom.

“I would just wake up and be just building [a cocktail with] just all vodka and just a little eyedropper of cranberry or lemonade.”

Before this “out of control” moment, Lee had been four years sober after giving up alcohol for the first time. 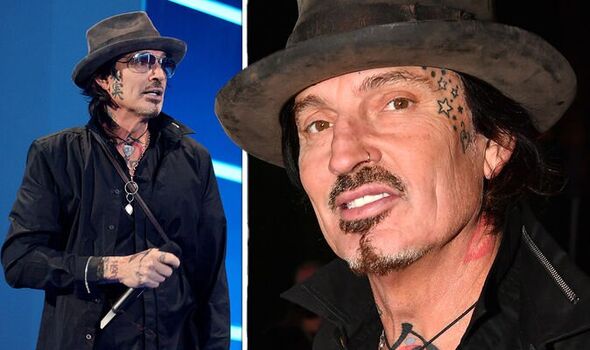 He continued to say that his relapse had been prompted by him feeling “burnt out” after a tour with Mötley Crüe and was driven to drink after being at home “doing nothing but lounging in the pool and drinking”.

“I was drinking two gallons — not pints, not quarts, but gallons, the big-handles — a day. That’s f***ing crazy,” Lee said.

Due to this, even the star felt concerned for his own health. He added: “I just realised, ‘Whoa dude, you’re drinking enough to like, you could probably die.’”

With his life on the line, Lee credited his wife Brittany Furlan for helping him to come to terms with his problem and seek help.

“She was like, ‘Baby, I don’t think I’ve ever even seen anybody drink that much. Like, you’re kind of scaring me,’” Lee recalled.

“She was definitely concerned. And her concern obviously helped in my decision to [check himself back into rehab].”

A year on from getting sober again, Lee decided to share his story, admitting that he felt extremely lucky to not have suffered any lasting health issues due to his alcohol abuse.

He finished by saying: “I’m really lucky. I’m grateful. I don’t know, man, it’s pretty crazy. Somebody is obviously looking out for me, because that shouldn’t be the case.” 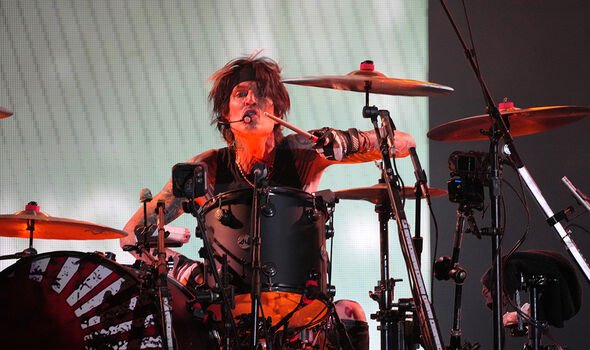 The NHS notes that regularly drinking more than 14 units of alcohol a week risks damaging your health. For this reason, the recommended weekly limit of 14 units is equivalent to six pints of average-strength beer or 10 small glasses of low-strength wine.

The powerful chemical can have a wide range of “adverse effects” on almost every part of the body including the brain, liver and heart.

According to the National Institute on Alcohol Abuse and Alcoholism (NIAAA), alcohol interferes with the brain’s communication pathways. As a result it can affect the way the brain looks and works.

These disruptions can change mood and behaviour, and make it harder to think clearly and move with coordination. In addition, symptoms such as fatigue, weakness, thirst and headache are all connected with a hangover. 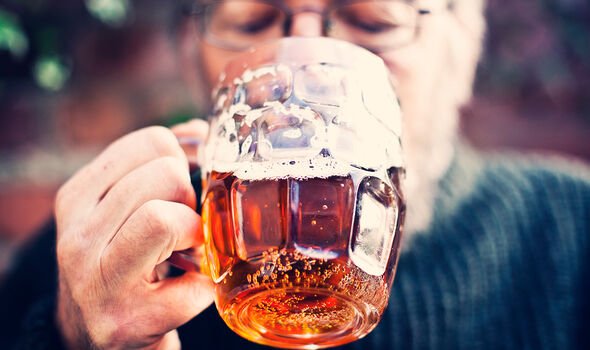 Heavy drinking takes a toll on the liver, and can lead to a variety of problems. This is because the liver is where most of the alcohol you drink is processed.

It is the toxic chemicals in alcohol that can damage the liver and cause fat to build-up in the liver cells. Although this might not cause symptoms in the initial stages, if the damage continues to get worse, symptoms may develop and your liver may eventually be at risk of failing. Other health problems related to liver damage includes:

Other ways in which drinking too much alcohol can damage your body includes:

For help and support contact Alcoholics Anonymous Great Britain at alcoholics-anonymous.org.uk or via the telephone helpline: 0800 9177 650 and via email: [email protected]