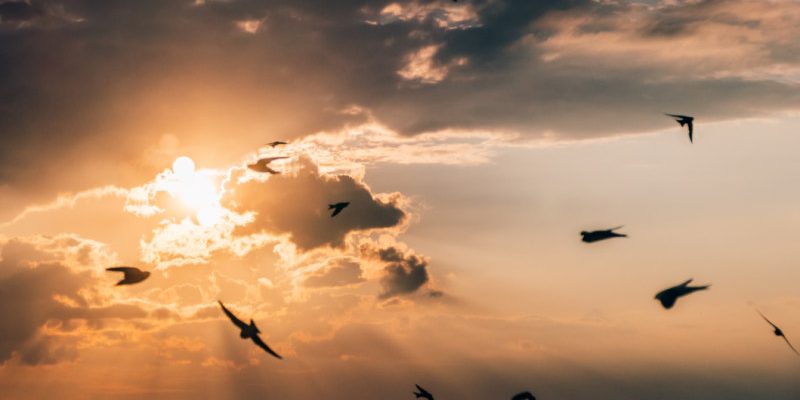 If you had the chance to live your life all over again, what would you do differently? Would you continue with the status quo? Or take the bull by the horns and flip things around until your new life was virtually unrecognisable from the old?

Dr Elizabeth Seeley-Wait, clinical psychologist at Northern Sydney Psychology Clinic, says it’s a question that comes up whenever someone is faced with a huge turning point in their lives. 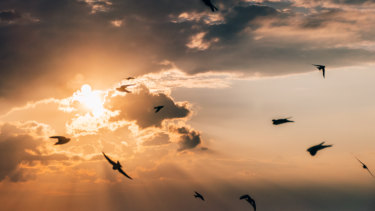 Dr Elizabeth Seeley-Wait: “When you’re in a position where you’re faced with losing your life, it’s usually a big wake-up call.”Credit:Stocksy

“When you’re in a position where you’re faced with losing your life, it’s usually a big wake-up call,” she says. “It’s often enough to start looking at life through a different lens and an attitudinal shift can occur, meaning a shift in focus, a shift in your way of thinking and, of course, a major shift in how you now respond to your environment.”

This doesn’t mean you have to wait for a life and death situation to make changes yourself, reminds Seeley-Wait. “It’s merely about taking the time to ask ourselves, ‘Well, do I want to wait to have a heart attack or do I want to start making changes now? Everyone’s got the power within them to turn things around.”

“I lost myself to drugs”

After recovering from a drug addiction that sent her on a downward spiral, Danielle Turner, 30, recently was given back her 10-year-old son, who years earlier had been taken away by authorities.

“From the get-go, I was what you’d call a ‘rebellious child’. Although my mother was an alcoholic, my parents gave me everything but it just wasn’t enough to make up for their shortfalls a second chance at life At a time when it seems your number’s up, what happens when you’re given another roll of the dice? Three survivors share their stories with Dilvin Yasa. and I lashed out frequently. I began self-harming when I was aged nine, was bouncing around refuges by the age of 13, and gave birth to a stillborn at the age of 16. I guess the best way to describe my history was that I lost my childhood, lost my baby and then lost myself.

There’s something about standing at your child’s funeral that you never really recover from, but I didn’t turn to drugs until I had two more children; they were taken from me when my son was three years old and my daughter a newborn. Because I continued to self-harm, there were concerns for my mental health, so the case workers came and the babies went. They never even put my name on my daughter’s birth certificate; she was adopted out.

It’s probably a common story, but I fell in love with the wrong guy – a drug dealer – and he soon got me hooked on ice. For the five years we were together, life became a living hell. If I tried to leave and get clean he’d come after me, or pass drugs to me via ‘friends’, so that I would remain tied to him.

At its worst, it would take me half a gram just to get out of bed. I had nothing left – no hope, no family – just a glass instrument by the side of my bed and a partner who beat me so badly he once put me in a coma for four days. In the end, I left to sleep rough on the streets of Kings Cross to sober up and reach out for help. It was only when my ex died that I knew I would be okay.

Getting clean was not easy but I did it for my son. The people at Wayside Chapel saved me; there was always a group I could join, or someone I could talk to. It has set me up for the next step, which is to become a women’s advocate for mental health and domestic violence. I’ve started a Certificate IV in Mental Health, and three weeks ago I finally got my son back. Today, I’m focused on being the best mum I can be.

The life of a recovered drug addict is a lonely one. My old friends are still using, so I can’t associate with them. I’m convinced I was given a second chance to be able to help women who are now where I used to be. Who better to tell them that they can get through it?”

To donate or volunteer your time at Sydney’s Wayside Chapel, visit waysidechapel.org.au.

Jayden Cummins, 48, died on the operating table but is alive today thanks to an organ donor. The writer and director is a single dad to son Henry, 14.

“I was diagnosed with severe cardiomyopathy in November 2017, three months after I first came down with a flu virus that began attacking my heart. Untreated, doctors said I only had a couple of days to live, so I was fitted with an ECMO [extracorporeal membrane oxygenation – an external artificial circulator which pumps venous blood], while talk began of heart transplants.

Saying goodbye to Henry before the operation was the hardest thing I’ve ever done. I was sure it was the last time I was ever going to see him, hold him and be able to tell him I loved him.

The operation occurred on November 17 and I didn’t see my son again until Christmas. I fell into a coma the following day and was eventually transferred to St Vincent’s Hospital [in Sydney’s Darlinghurst], where doctors began discussing the possibility of installing an artificial heart while I waited for a donor. The operation wasn’t a straightforward process; I flatlined during the procedure but even though my heart stopped permanently, the machine took over and I continued to live.

That artificial heart made me a cyborg for 436 days. I had to plug myself into a wall before I went to bed to charge it, waterproof myself in the shower and carry spare batteries, controllers and instructions around. However, it kept me alive for 18 months until I got the call to say there was a heart waiting for me. Technology is crazy; I literally walked around without a heartbeat or a pulse for all that time.

My physical recovery after having received a new heart in February this year has been remarkable, but the psychological baggage is a lot harder to deal with. You’re always aware that you’re here walking the Earth because someone else has died – and that’s not a responsibility I wear lightly. I understand the logic of having a vision board and working towards something, but I now know that this very second – whatever you’re doing right now – is amazing, too. Living day to day, my long-term goal was to wake up the following morning, so I’m convinced celebrating each day as it comes is a wonderful way to think.

That’s not all, of course. I’m now putting together a group to raise money for the Victor Chang Cardiac Research Institute and I’m speaking up about the importance of signing up to be an organ donor. I’m here thanks to the generosity of a beautiful stranger, and the incredible team at St Vincent’s.

I don’t think it’s possible to go through something like this and not change as a person, but the biggest thing for me is that I’ve learnt to really zero in on what’s important in life. I’ve come back from the other side and I can tell you that, in the end, you’re not thinking about your career or what you own, you’re thinking about your family.

I’ve decided the last words I ever want Henry to hear from me, whether now or in 40 years, are ‘I love you.’ Every time he goes out the front door or hangs up on a call, that’s what I tell him, because it really is everything.”

For further information on organ donation, or to register to become an organ donor, visit DonateLife (donatelife.gov.au).

“I tried to kill myself”

Personal trainer Shane Kelton, 30, woke from a suicide attempt to find that he had a new purpose in life: speaking up about depression.

“I’m not sure when or why the darkness began, but by the time I was 13 I was struggling with suicidal thoughts. Once you enter your teenage years, you’re told there’s this rulebook of life you’re meant to follow: become an adult, get a degree, get a job, get a mortgage and have a family. I grappled with the pressures of having to conform.

By the time I was 17, my anxiety was so great that even though I wanted to become an actor, I pulled out of a school performance at the last minute and hid in my wardrobe. I felt terrified every day but a fear of judgment, or being told that I had nothing to be depressed about, stopped me from talking to my parents or reaching out for professional help.

I lost myself for a period after school. I began drinking as a way of dealing with the suicidal thoughts It’s not possible to go through something like this and not change as a person, but I’ve learnt to really zero in on what’s important in life I was having and I wasn’t looking after myself. I woke up one morning in 2010 and decided I was done. My brain – tired from years of struggling – had decided that opting out was the only thing that would give me peace.

When I came to, there was a strong sense of relief – relief that it hadn’t worked, but also that my depression wasn’t something I could hide any longer. I knew people were going to find out about what I’d tried to do and that was frightening, but I also thought, ‘Hey, maybe I won’t be so alone any more.’

I was right. Straight away, a mental health team visited me and my then boss insisted I take as much time as I needed to get better and that my job would be waiting for me. That was hugely important to hear, and as time went on I discovered that the more I spoke about what I’d been through over the previous eight years, the more it helped.

Medication and joining sporting clubs have helped, but so too has becoming vocal about depression and anxiety. Five years ago, I went to Beyond Blue and applied for every volunteering gig they had going until I was asked to join their speakers bureau. These days, I speak to groups regularly and I’ve also made a suicide-prevention video.

I still have my bad days, when I have to lean heavily on others, but for the most part it feels like a light has been turned on within. I’ve now done a couple of acting jobs and I’m setting goals for myself I never could have dreamed of before.

My advice to anyone going through what I went through is to open up to someone and then keep on talking. Second chances may just be around the corner.”

This article appears in Sunday Life magazine within the Sun-Herald and the Sunday Age on sale August 4.