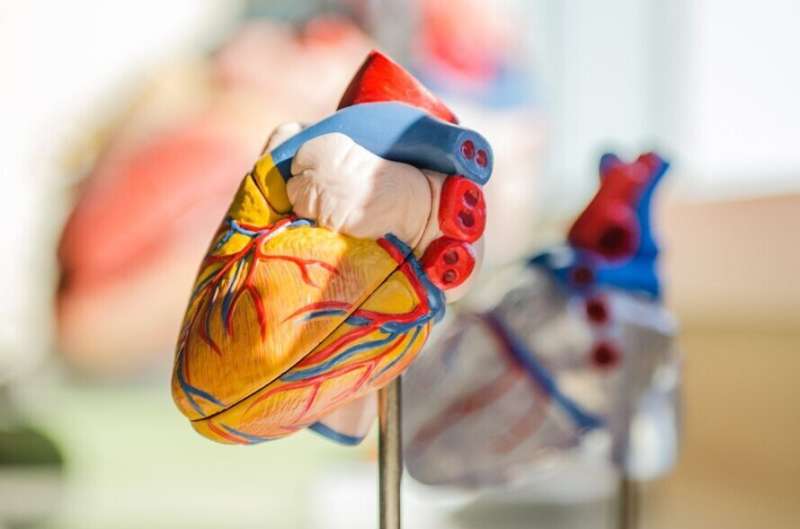 A large study suggested Thursday that artificial sweetener could be associated with a higher risk of heart disease, however experts urged caution about the findings.

Sweeteners are consumed by millions every day in products like diet soda, partly as a way to avoid weight gain from sugar—but the healthiness of these substitutes has long been a matter of controversy.

Aiming to assess the heart disease risk of sweeteners, researchers at the French INSERM institute analysed the data of more than 100,000 adults in France who self-reported their diet, lifestyle and medical history between 2009-2021 as part of the NutriNet-Sante study.

Thirty-seven percent of the participants consumed artificial sweeteners, with an average intake of 42 milligrams a day—the equivalent of one packet of sweetener or about a third of a can of diet soda.

During the nine-year follow-up period, 1,502 heart problems were recorded, including heart attack, angina and stroke.

The research, published in the journal BMJ, indicated that heart disease occurred in 346 out of 100,000 people who consume a high level of sweetener, compared to 314 per 100,000 for non-consumers.

“These results, in line with the latest WHO report published this year, do not support the use of sweeteners as a safe alternative to sugar,” said INSERM’s Mathilde Touvier, who coordinated the study.

An April report from the World Health Organization said that “there is no clear consensus on whether non-sugar sweeteners are effective for long-term weight loss or maintenance, or if they are linked to other long-term health effects”.

Another study published earlier this year using Nutri-Net data found a correlation between cancer and sweeteners such as aspartame, acesulfame potassium and sucralose.

However such observational studies have come under increased criticism because they cannot establish the cause of the differences they find, which could come from other sources.

Naveed Sattar, a professor of metabolic medicine at Glasgow University not involved in the sweetener study, said that it “cannot answer the question posed”.

“This is because there are clearly major differences in many characteristics of people who consume artificial sweeteners compared to those who do not consume any,” he said.