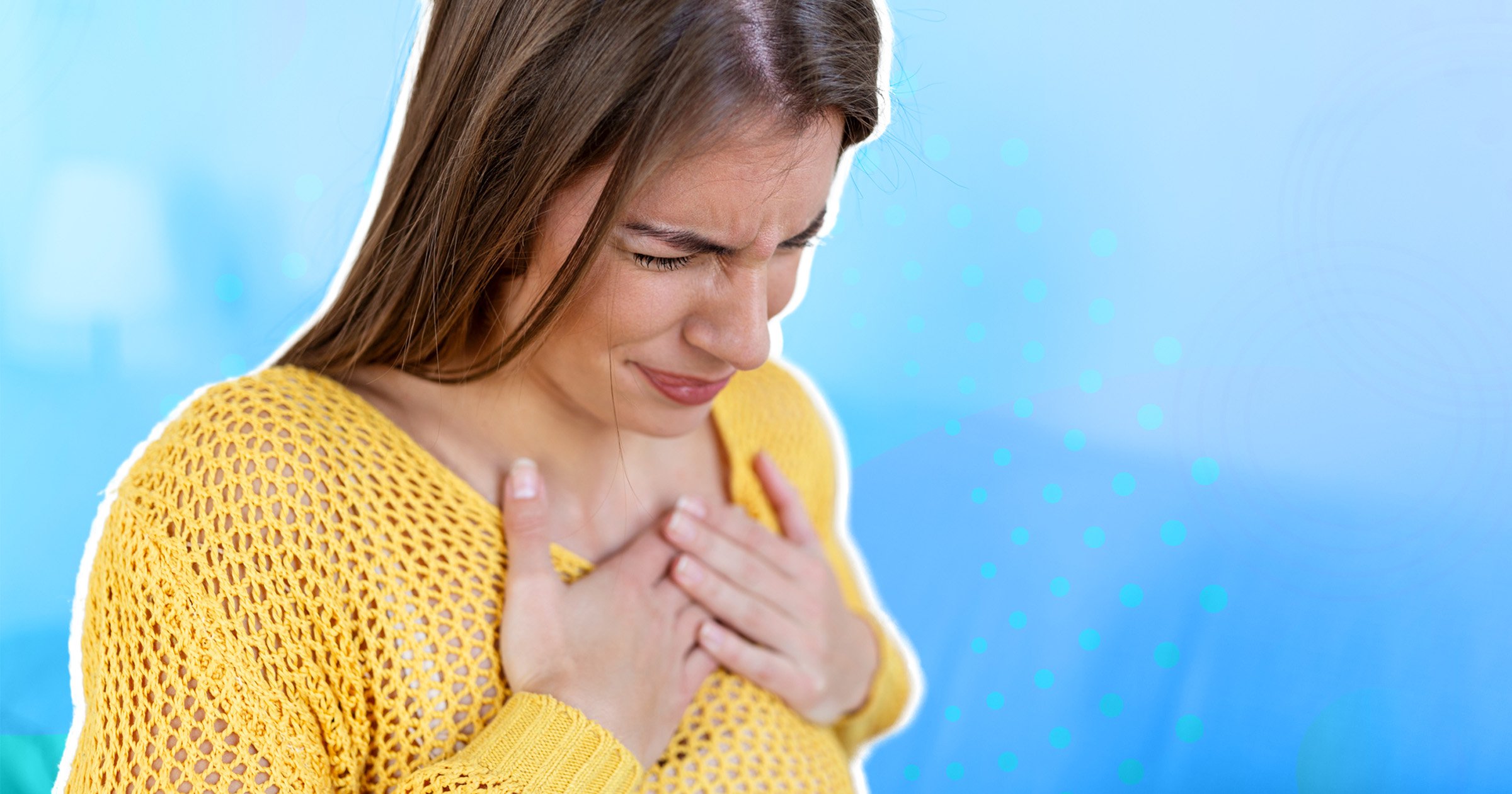 Ever get random shooting chest pains?

They are fleeting and never seem to last long but we immediately start to think we are at death’s door.

Well, that is until now.

A medic, who goes under the handle @lifeofadoctor on TikTok, has shared that while they are may different reasons for the issue, there is ‘one cause of chest pain to ease your mind.’

The doctor weighed in on a video that began with a woman clutching her chest with the caption: ‘When you get that random chest pain every six months since you were a child where you feel a stabbing pain in your heart and have to breathe tiny breaths until it goes away.’

One cause of chest pain to ease your mind

The doctor began by explaining that this pain isn’t caused by the heart.

‘If you’ve ever had random chest pain, listen closely,’ he says in the clip.

‘Not all chest pain comes from the heart. In fact, one of the most common causes of chest pain is something known as pre-cordial catch syndrome.

‘This is usually described as sudden onset sharp chest pain that’s located in this area. Now this pain lasts for a few seconds, two minutes and it’s worse with deep breathing.

‘And this is believed to be due to a pinched nerve that runs across a chest wall and is not life threatening.’

The video has been viewed over 14.7 million times. Many were relieved that there was a non-life-threatening reason to the pain they experienced.

‘The amount of time I thought I was getting a heart attack and thinking I am wayyy to young to go out this way lmao [sic],’ quipped one viewer.

‘I thought I was dying for YEARS,’ said another.

While a third added: ‘I literally went for x rays for this as a kid and they were really bad but they said it was fine, so I guess it was this.’

It is important to note, however, that if you are worried about any chest pain you are experiencing, or these pains are a frequent occurrence, you should visit your doctor as soon as possible.