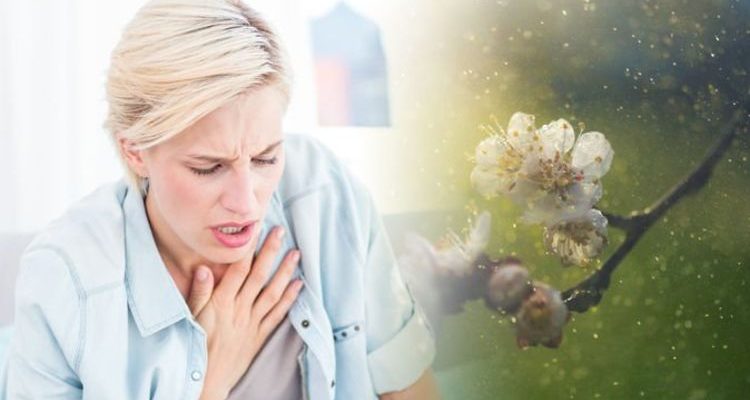 The pollen count across most parts of the England are set to be moderate today – in Scotland and Northern Ireland, pollen counts have been forecast to be low by the Met Office. For some hay fever sufferers, lower pollen counts can still trigger symptoms such as sneezing, itchy eyes and coughing, so preventative methods will still need to be taken. Over the last week, the UK has experienced unsettled weather conditions and seen thunderstorms hit. For hay fever sufferers who also have asthma, storms can spark asthma symptoms, which can have potentially life-threatening consequences.

It warns: “Storms can spark asthma symptoms because they smash pollen into tiny bits that go deeper into your lungs.”

The charity advises to reduce the risk of an asthma attack triggered by hay fever when there’s thunder around.

It says: “Stay indoors if you can, before, during and after the storm, and keep the windows closed.

“Change your clothes and have a shower when you’ve been outside to wash off any pollen.

“Avoid any of your other asthma triggers, such as exercise, alcohol or stress. 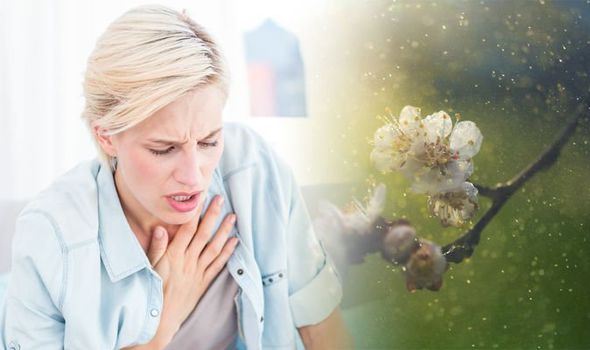 “And have your reliever inhaler close by and ready to use if you need it.”

“Don’t smoke or let other people smoke around you because it can make asthma symptoms worse.

“Make sure you know the signs that your asthma is getting worse and what you need to do if it is.”

Early warning signs asthma is getting worse are if you need to use your reliever inhaler (usually blue) three times a week or more because of your asthma symptoms, if symptoms such as a tight chest, feeling breathless, coughing and/or wheezing keep coming back, if you’re waking up at night because of asthma, or if symptoms are getting in the way of your day-to-day life. 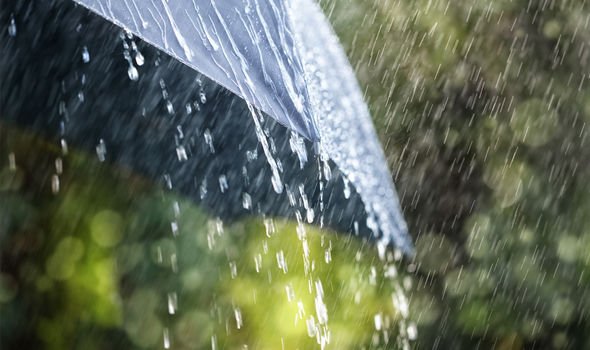 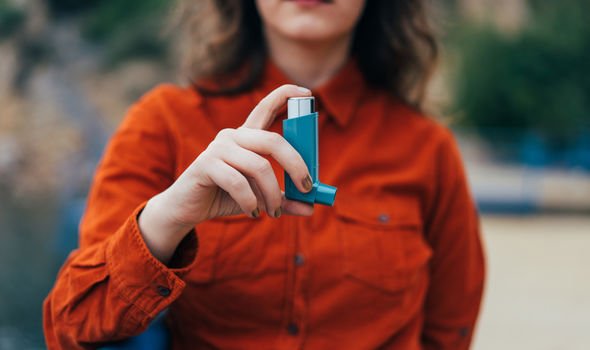 Today’s weather forecast by the Met Office is scattered showers moving eastwards, but sunny spells for many.

It says today will see: “Scattered showers, some heavy, across western Scotland, northern and western England will move eastwards, with perhaps some thunder across northeast England and eastern Scotland.

For tonight it says: “Showers will ease in the northeast, giving a dry night for most.

When it comes to sleep, hay fever symptoms can appear to get worse for many people.

Here are a number of tips to keep hay fever symptoms of bay at night.