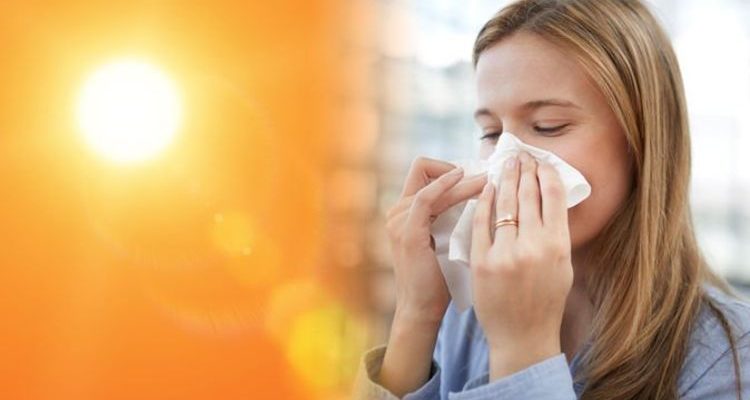 UK weather forecasters have predicted the Bank Holiday weekend will see the start of a heatwave, with temperatures set to rise to 24C. But often with warm weather comes a high pollen count, setting off symptoms in hay fever sufferers up and down the country. Around 13 million people in the UK suffer with hay fever, but those wanting to make the most of the long weekend should listen to the advice of LloydsPharmacy pharmacist Anshu Bhimbat.

She said: “While the hay fever season can last up to seven months, people will only experience symptoms during the months when there is a high count of the specific pollen or spores that trigger their symptoms.

“However, in some cases people may be allergic to multiple pollen types, meaning that they will experience these symptoms for a longer period of time.”

Anshu continues with her expert advice for identifying and managing hay fever symptoms.

The first step to managing your symptoms is recognising what they are. Most people who experience hay fever will find that they will experience a runny or blocked nose and may have itchy, watery eyes.

Anshu said: “There are a number of symptoms of hay fever, and often people will experience one or more symptoms including sneezing, runny nose and itchy eyes. However, hay fever is caused by different allergens, which are present at various times during the year and you may only be allergic to one of these.” 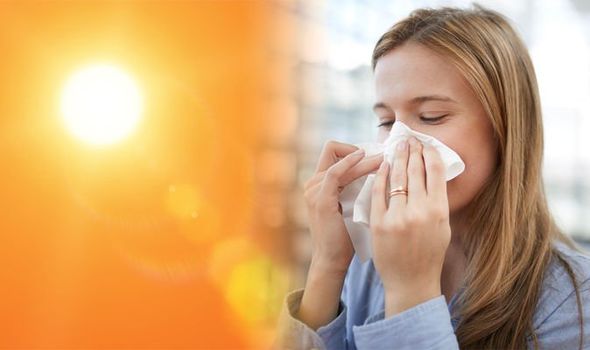 Hay fever symptoms occur between during spring and summer time when the weather is warm and windy. This is also when the pollen count is at its highest, meaning symptoms are more severe.

Knowing when the season is and taking lifestyle steps to prepare for symptoms can help.

Anshu said: “The hay fever season in the UK typically runs from late March through to September. During this time, there are different pollens and spores which can cause hay fever, and these may be prevalent at different times.

“Some people find that putting a smear of Vaseline inside each of your nostrils to ease soreness and stop pollen in its tracks helps to reduce their hay fever.

“It’s also important to wear wraparound sunglasses to keep allergens out of your eyes and avoid drying clothes and bedding on your washing line when the pollen count’s high as you will bring it into your home which will exacerbate symptoms.”

The Met Office will also highlight when there is a high pollen count, so checking this daily can help you prepare with treatments and measures to prevent and minimise symptoms.

Avoid going out too early or too late

Many of us will find that our symptoms are more severe during the morning and evening. This is because pollen levels are at their highest before 11am and after 4.30pm. Avoiding the outdoors during these times can help to reduce the severity of symptoms. 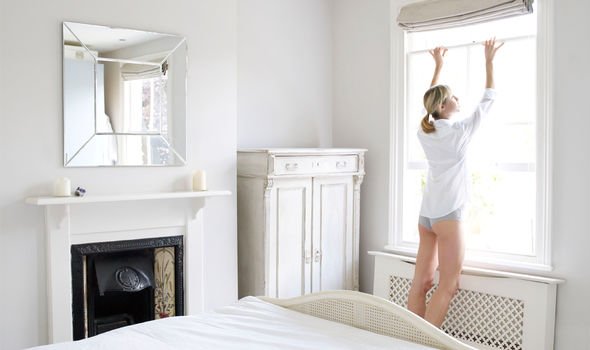 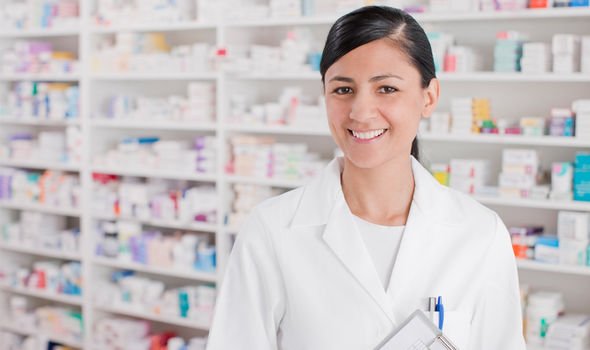 Be wary of urban areas

Being vulnerable to hay fever is not just for those who live in the countryside. If you live in or around London or other city areas you might actually be more prone to symptoms.

Anshu said: “Hay fever symptoms aren’t just limited to those in large expanses of countryside, and can be very prevalent in urban and city areas too. Research has shown that higher pollution concentrations, particularly higher carbon dioxide in urban areas and urban climates can result in longer pollen seasons.”

Keeping windows closed (particularly when the pollen count is high) can help to reduce symptoms by keeping pollen out of your home which can lead to a reaction.

Anshu recommended: “You should keep your windows closed when possible, even at night and when you’re driving in the car, as this will help you to avoid coming into contact with pollen. This is especially important in the early morning and evening when pollen is released. If you’re still experiencing symptoms indoors, a good air filter that can be used in the home could be a worthwhile investment.”

Speak to your pharmacist about treatments

There are a number of over the counter treatments which are specifically formulated to help treat the symptoms of hayfever. Speak to your pharmacist to find out more about what treatments are available to you. Alongside medicines, there are many more natural ways to alleviate symptoms.

Anshu said: “In terms of treatment, using eye drops, nasal sprays and antihistamine tablets or syrups to treat symptoms. If you are looking for an alternative treatment, try using the LloydsPharmacy Hay fever Reliever along with your usual allergy medicines. Your local pharmacist will be able to help advise you on the best treatments as most people require a multi-method approach for hay fever.