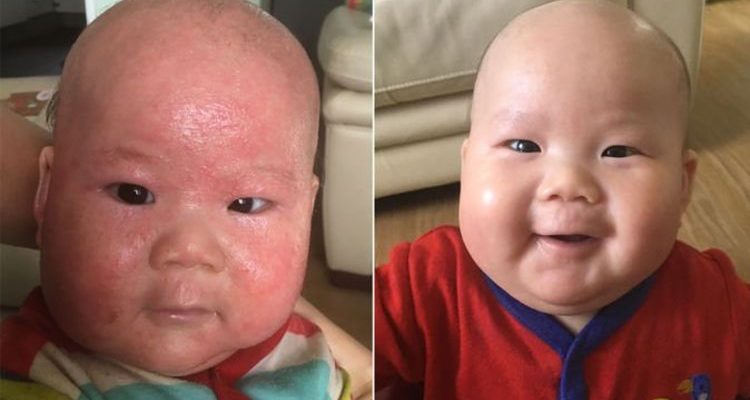 Eczema can vary in severity, and while doctors usually recommend topical corticosteroid creams for severe cases, they don’t always work for everyone. The mum of a now toddler who had such severe eczema it hurt him to be cuddled says it was cleared up with the help of a “life-changing” moisturiser she found on the high street. Alex Tsui’s skin condition was so bad he’d wake in his cot with bleeding skin and had to be restrained from trying to crawl. When little Alex from Borehamwood in Hertfordshire was three-months-old, he developed a dry patch of skin on his forehead, which quickly spread.

First-time parents Pui and husband Danny tried everything from coconut oil to peppermint tea infusions, and several over-the-counter creams that didn’t work for longer than a few days, before visiting a GP who prescribed steroids.

Pui was breastfeeding so on the doctor’s advice she cut out dairy, eggs, wheat and gluten in case allergens were causing Alex’s skin to flare.

One morning, Alex became extremely unwell, had a high temperature and was crying hysterically as the sore and itchy eczema covered him from head to toe.

Pui and Danny drove him to the out of hours doctors’ surgery, where a GP was so shocked by his skin, he sent him to A&E. The eczema had become infected and the five-month-old needed to stay in hospital for four days, attached to a drip of intravenous antibiotics.

“Doctors also gave him [the steroid] Hydrocortisone and his skin improved for a while, but a few weeks later, it came back,” said Pui, a merchandise planner for a jewellery retailer.

“As anyone will tell you, having your first baby can be a stressful time as it is, but every day was so difficult as he was so upset and in pain and discomfort.”

While other babies his age were learning to roll over and starting to crawl, Alex’s parents had to restrain him from both, as any friction could cause more infection. 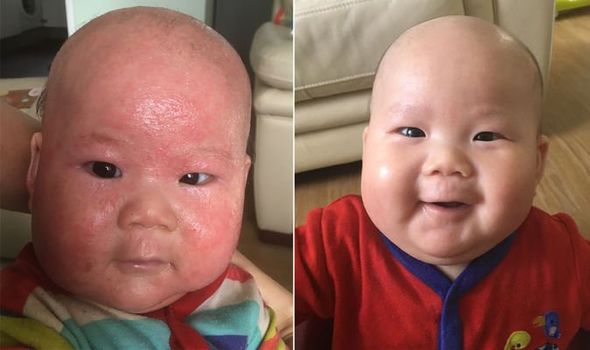 “He wasn’t able to learn as quickly or meet physical milestones as other babies his age – we couldn’t let him do things like tummy time [recommended by health visitors as a routine exercise to strengthen the neck and back] as he’d rub his sore face on the floor, and he was desperate to move and crawl like other babies,” said Pui.

“It felt so cruel to hold his arms down physically as he was using his natural instinct to rub his face up against you, or anything he could, to itch. His skin was so raw we couldn’t even kiss or cuddle him.”

Night times are sleepless for many new parents, but as Alex grew, he was able to break out of his swaddle or sleeping bag, and would wake with weepy, bleeding skin from scratching his eczema.

After another infection caused by Alex’s scratching, he was prescribed a total of three courses of oral antibiotics within a month, and an assortment of petroleum-based creams, baby antihistamine, a skin wash and steroids.

Pui and Danny, who works in IT, believed the steroids had controlled the infection, but said other prescribed creams didn’t improve his skin.

With the help of an eczema programme at hospital, Alex was gradually weaned off the steroids he’d been using for two months, and the couple searched for a natural remedy that would keep his eczema from returning.

“The creams did nothing to improve the texture and health of the skin and I worried about the long-term effects,” said Pui. 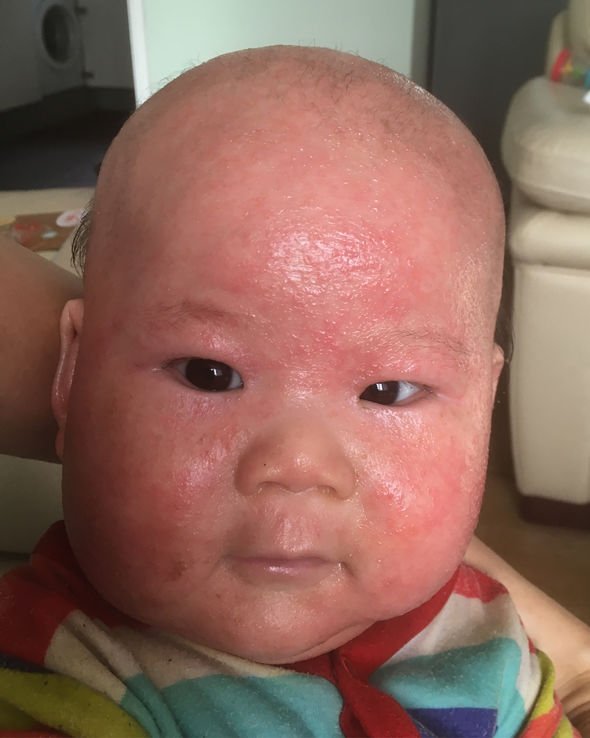 “It was also recommended to use steroid cream for every future flare-up, which we were reluctant to do.

“I understood that they had a place in the short-term, but I really wanted to avoid getting hooked on steroids and wanted a more natural long-term solution to keep his eczema at bay.”

One night, Pui was holding Alex to sleep, while desperately searching online for treatments, and found Skin Salvation, and decided to give it a try.

The balm containing ingredients like beeswax, which forms a waterproof barrier for the skin, and vitamin-rich organic hemp seed, safflower and olive oils.

Within two weeks of using it, Alex’s skin began to clear up. Pui said: “You wouldn’t know he had eczema.”

Alex, now eczema-free, was then able to learn to walk, which Pui described as emotional.

“Seeing him be able to do all the things that he wanted to do as an independent baby, moving for himself, was amazing,” she said.

“We noticed such a difference in him. He was so much happier.” 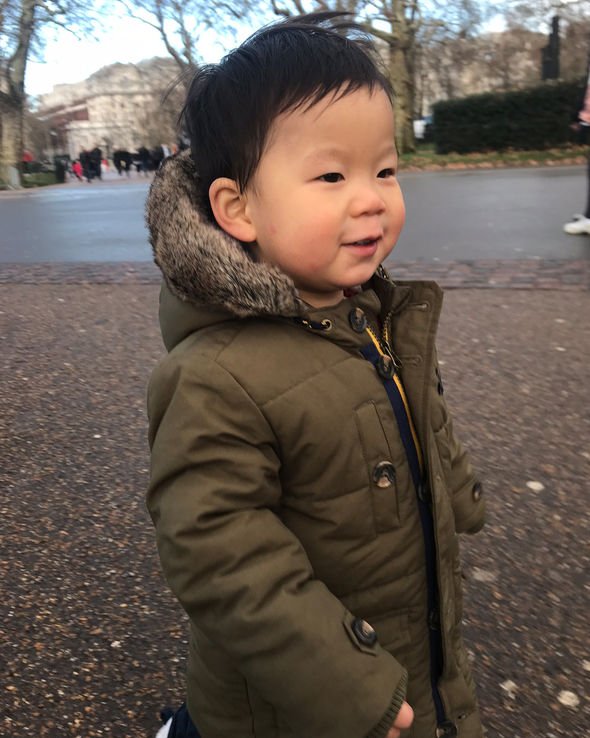 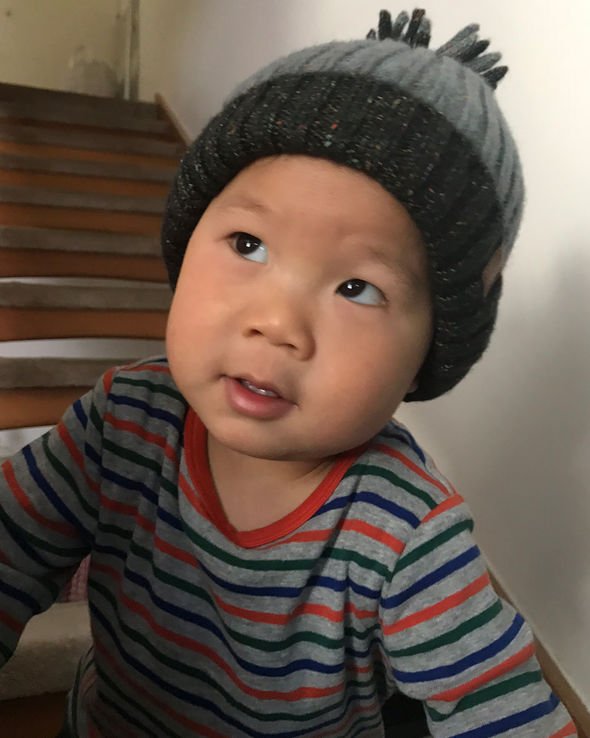 Alex now only has mild eczema on his face alone, but this is managed with the cream.

Offering advice to other parents with children with eczema, Pui said: “Always keep moisturised and continue to do so even after the eczema seems to have healed up, get food allergy tested with a dietician (we found out Alex had a gluten allergy), avoid chemicals and perfumes.”

A 2003 study published in ‘Complementary Therapies in Medicine’ found a honey ointment made from honey, beeswax and olive oil relieved the itchy symptoms in participants with the condition – many of the ingredients found in the moisturiser which helped Alex.

In the study 80 per cent of the honey ointment users who had no prior treatment experienced significant improvement in treating their eczema symptoms.

The ointment was made from equal parts of unprocessed honey, beeswax and cold-pressed olive oil.

Before using any treatments for eczema, get advice from your GP.

The NHS says if you struggle to find an effective, long-lasting treatment, you may be referred to a specialist.

When one girl’s eczema resembled “sandpaper” her parents invented a “miracle” cream to treat it.