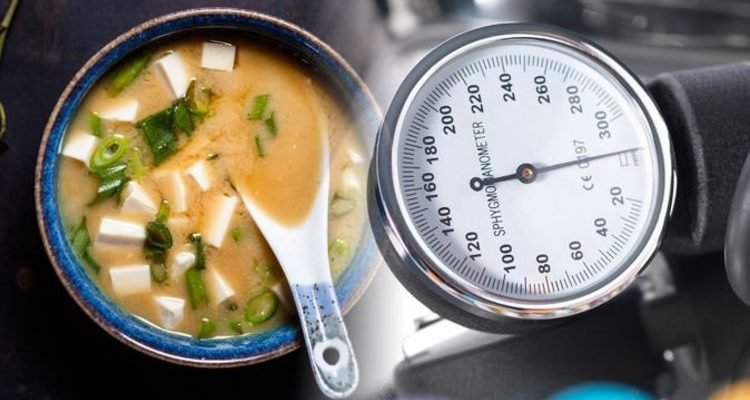 High blood pressure can cause a person’s arteries to harden and thicken, leading to health complications such as heart attack and stroke. What’s more, recognising the condition can be difficult, because symptoms are rarely noticeable. Making some simple lifestyle changes can help prevent or reduce a high reading. One change recommended by experts is to make sure you eat a healthy diet.

One food proven to help lower blood pressure is miso

You should cut down on the amount of salt you eat and include plenty of fruit and vegetables in your diet.

But another food proven to help lower blood pressure is miso.

This is because miso is a fermented food, and fermented foods have been shown in studies to have a positive impact on blood pressure.

Fermented foods are rich in probiotics, which are beneficial bacteria that play an important role in maintaining gut health.

Eating probiotics can have a positive impact on high blood pressure, according to a review of nine studies. 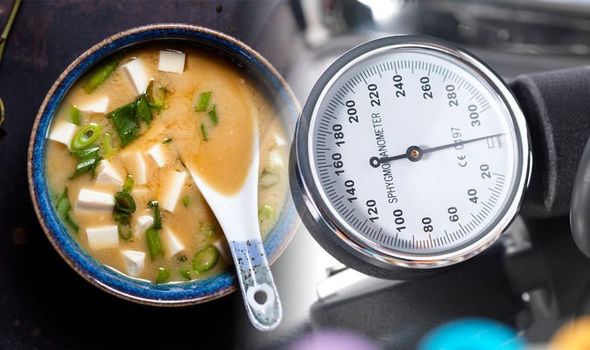 Miso is a traditional Japanese seasoning produced by fermenting soybeans, and is commonly consumed in soup form.

Other fermented foods you could add to your diet include:

Alternatively, probiotics can be found and taken in supplement form. 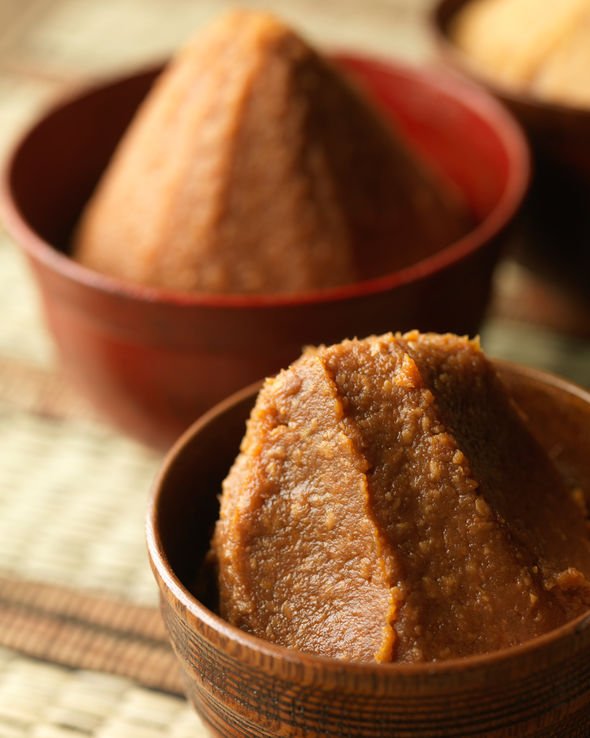 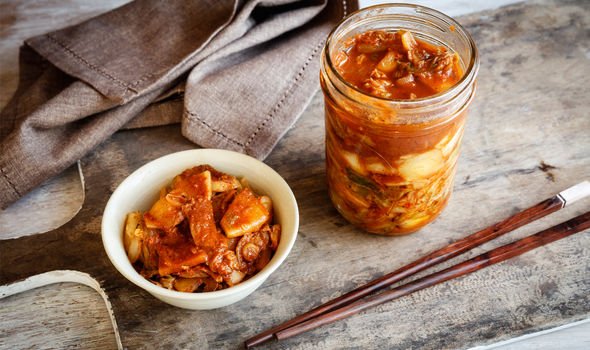 Another food which has been found to have a blood pressure lowering effect is strawberries.

One large study which demonstrated this involved more than 34,000 people with hypertension.

Strawberries contain antioxidant compounds called anthocyanins, which are a type of flavonoid.

Researchers found the study participants with the highest intake of anthocyanins – mainly from strawberries – had a 8 per cent reduction in the risk of high blood pressure, compared to those with a low anthocyanin intake.

Alongside strawberries, blueberries also appeared to have this blood pressure lowering effect.

This is because blueberries are also high in anthocyanins.