Complete heart rate control thanks to a poisonous jellyfish

What do the poisonous box jellyfish Carybdea rastoni with the human heart? Apparently, more than one suspects at first glance, because a German research team recently discovered that certain proteins present in the jellyfish in the human heart muscle, but totally different tasks. Through several test, the Team was able to win the series, so new findings about heart disease.

Researchers from the Rheinische Friedrich-Wilhelms-University of Bonn were able to regulate by using a poisonous jellyfish to the heartbeat. The scientists discovered the so-called G-proteins, which occur both in the jellyfish, as well as in the heart muscle. In the case of the jellyfish, these proteins are activated by light. After the research team a particular jellyfish Gene into the heart muscle of mice had installed, you could check the heartbeat via pulses of light. The results of the research were recently published in the renowned scientific journal “Nature Communications”. 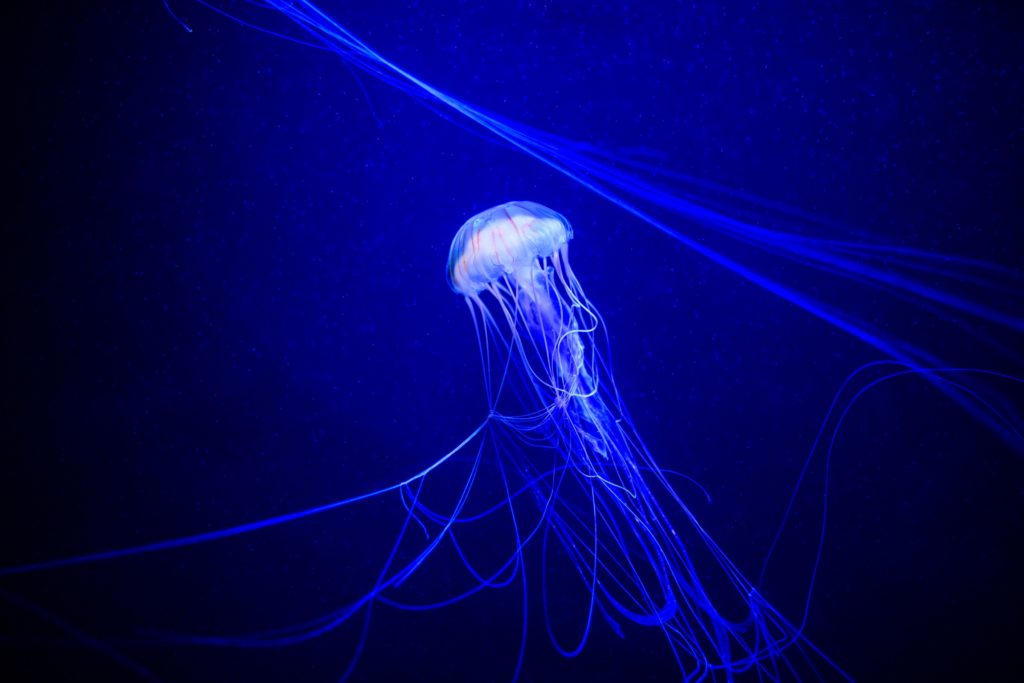 Jellyfish eyes, and the human heart

In the wild, you should make the box jellyfish Carybdea rastoni a large bow. Their tentacles have a strong toxin, which can cause contact severe pain. However, the animal has to offer even more Surprises. It has a comparatively highly-developed eyes. Special brightness to be met-Receptor of the jellyfish of a light beam, activate stimulatory G-proteins, which enable the animal to See that. Amazingly, the same stimulatory G-proteins in the human heart.

This discovery led the Bonn-based research team to a test series. “We are stimulating the G control proteins, among other things, the heart rhythm,” explains Professor Dr. Philipp Sasse from the Institute of physiology of the University of Bonn, in a press release of the study results. In humans, the G-proteins ensure that the heart beats faster, for example, if the physical stress or the adrenaline level in the blood rises.

To understand the effect of G-proteins better, speed up the research a specific Gene out of the jellyfish in the heart muscle of mice. Consequently, the hearts of the mice had light-receptors that were activated by irradiation with light in a targeted manner. With the help of a LED light, the study team was able to accelerate the heart rate of the rodent.

“We can not perform highly targeted studies that would normally be impossible”, says Professor Sasse. In a different experiment, the researchers have rows initially, only targeting the left atrium of the mouse heart stimulated. Then, the rodents developed a heart fibrillation, which is referred to in humans as atrial fibrillation. It was suggested, however, only the right atrium, increased pulse beat evenly in the frame, as he did also in the case of adrenaline. “It may be, therefore, a different stimulus processing in the right and left atrial arrhythmias can contribute to disorders,” concludes Sasse. This Thesis wish to investigate the Professor and his Team are now more accurate.

Complex Interaction of the heart muscles

In addition, the researchers won ends deeper insights on the different processes, which engage in the Regulation of the heartbeat together. “If the pulse speeds up, must pull the heart muscles only faster and stronger, but also faster back and relax,” writes the Bonn-based Team. If this Interaction does not flap, the amount of transported blood decreases, although the heart beats faster. Here, the G-proteins play a special role. You provide according to the study, that can relax the heart after the contraction faster.

“Our optogenetic method opens the door to a new approach to research,” says Sasse. So that you can examine in the following studies the complex processes in the different regions of the heart much more clearly. (vb)