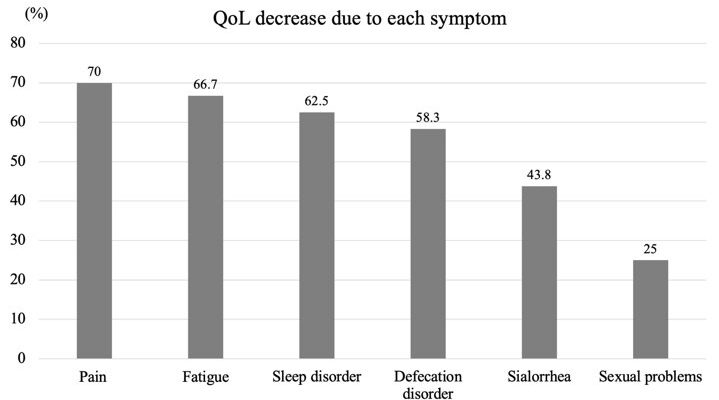 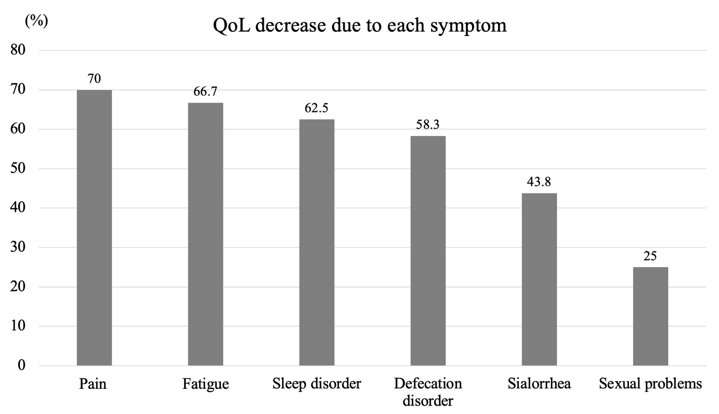 Amyotrophic lateral sclerosis (ALS) is an intractable disease of motor neurons for which there is no radical cure in current medicine. Without a ventilator, most people die within 3–5 years of onset due to weakness of the respiratory and swallowing muscles. Therefore, attention is being paid to the motor symptoms. However, non-motor symptoms also affect the quality of life (QoL) of a large number of patients.

Non-motor symptoms such as pain, fatigue, and sleep disorders, are observed in patients with ALS and reduce their QoL. Many of the non-motor symptoms are poorly defined with unexplained mechanisms, are underdiagnosed, and remain unreported during clinical consultation. Although the non-motor symptoms of ALS were partially known, there has been so far no comprehensive study on their frequency and characteristics. In addition, its impact on the QoL has not been fully investigated.

“Since ALS is a motor neuron disease, the focus is naturally on the severity of motor function. However, care should always be taken to keep in mind that even if the motor symptoms are mild, various non-motor symptoms may appear, which may cause distress and thus reduce the patient’s QoL,” said Prof. Kano, senior author of the study.