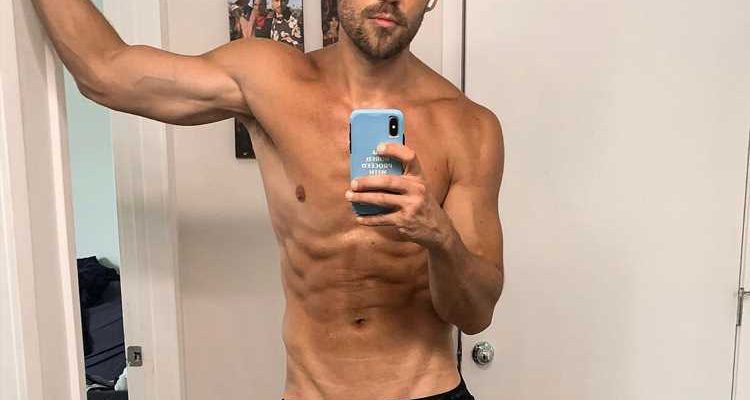 Nick Viall has a message for body shamers after he posted a mirror selfie that got negative comments.

On Monday evening, the former Bachelor star, 39, shared a shirtless selfie, captioning it “Because I get dumped AGAIN on National TV tonight.” The post was in response to Monday’s airing of The Bachelor: The Greatest Seasons—EVER!, which featured his 2015 proposal to Kaitlyn Bristowe.

Some followers immediately flooded the comment section of the post, writing comments about his body, such as “you need a burger” and “Please gain weight.”

The next day, Viall responded to the commenters with another shirtless mirror selfie and a lengthy caption explaining how the reactions to his earlier post made him feel self conscious.

“Dear internet. I never thought you would make me self conscious about my body,” Viall wrote. “Yet I woke up to hundreds of comments on my last post about my weight, eating habits, and mental health all from posting a post workout pic where I looked particularly lean. I have never lacked confidence about my body (I know this isn’t news to most of you) but if the internet can get to me it can get to anyone.”

The reality star continued: “So Im just saying, be-careful with your words before you give your feedback on peoples physical, emotional, or mental health. I don’t want to even admit that the comments made me feel self-conscious, but I assume many of you would think I can’t be bothered. So I’m here to say it did. I hope thats ok. I don’t feel like I should have to say that the past few months I have been running 4 miles a day and feel like I am in the best shape of my life. Or that I eat bacon and snickers ice cream bars everyday. If told you how much pasta I eat, I would just annoy you.”

Aside from his own feelings about the body-shaming comments, Viall warned social media users to be careful about criticizing others’ photos and commenting on weight.

“The point is, the next time you want to criticize someone based on a bad angle, just be careful. A pic doest [sic] tell people’s story. You could be stripping down months of work and process someone has made on their own self improvement. And god forbid you cause them to never want to post shirtless selfie again.”

Viall then concluded his post on a lighter note: “Me…I”ll be ok (Im still pretty sure I look fantastic naked).”