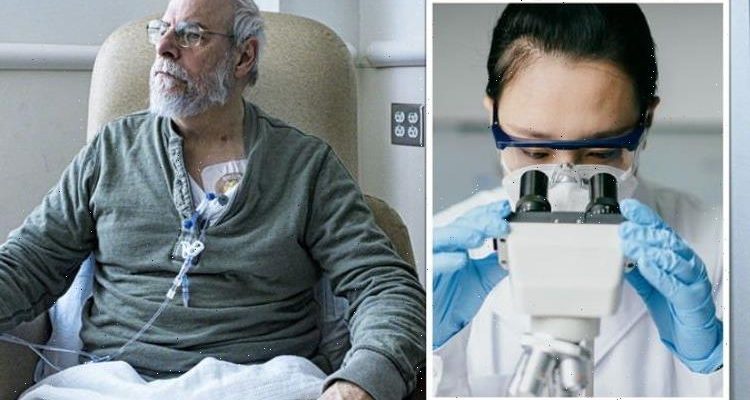 There are over 200 different types of cancer, and all have different signs and symptoms. Cancer treatments vary depending on the type of cancer, but mainly include the use of surgery, radiation, medications to shrink and stop the progression of tumours.

However, researchers have discovered a new way to boost the immune cells that detect and destroy the disease.

Researchers at the University of Southampton have identified a potentially groundbreaking treatment that could strengthen the immune system’s ability to seek out and destroy cancer cells.

The findings shows that by restricting a group of cells known to impede immune responses, the treatment frees up other immune cells that go on to attack tumours and cancer cells.

Nulling Divecha, professor of Cell Signalling at the University of Southampton, said: “A patient’s immune system is more than able to detect and remove cancer cells and immunotherapy has recently emerged as a novel therapy for many different types of cancers.”

“However, cancer cells can generate a microenvironment within the tumour that stops the immune system from working thereby limiting the general use and success of immunotherapy.”

According to the researchers, Teffector cells (Teffs) in the immune system detect and kill cancer cells.

However, the efficiency of Teffs depends partially on another immune cell called T-regulatory cells (Tregs).

Tregs interact with Teffs and prevent them from performing to the best of their ability.

Professor Divecha explains: “Tregs carry out an important function in the human body because without them, the immune system can run out of control and attack normal cells of the body.

“However, in cancer patients, we need to the the Teff cells more freedom to carry out their job.”

While scientists have explored different avenues in their quest to find ways to inhibit Treg cells, they’ve noted that due to similarities in Teff and Treg cells, such efforts often lead to disruptions of both immune cell varieties.

However, from their study, the team found that inhibiting a family of enzymes in cells called PIP4K may successfully restrict Tregs without doing the same to Teffs.

They observed that when the cells lost their PIP4K protein, they stopped growing, responding to immune distress or causing disruption to the Teff cells.

Doctor Alessandro Poli, co-author of the study, noted: “This was surprising because PIP4Ks are in both types of T cells in similar concentrations, but out study shows that they seem to have a more important function for Tregs than Teffectors.

“Towards this end, we show that treatment with a drug like inhibitor of PIP4K could enable the immune system to function more strongly and be better equipped to destroy tumour cells.”

There are a range of risk factors that can influence the chances of developing cancer.

According to World Cancer Research Fund, these risks include: