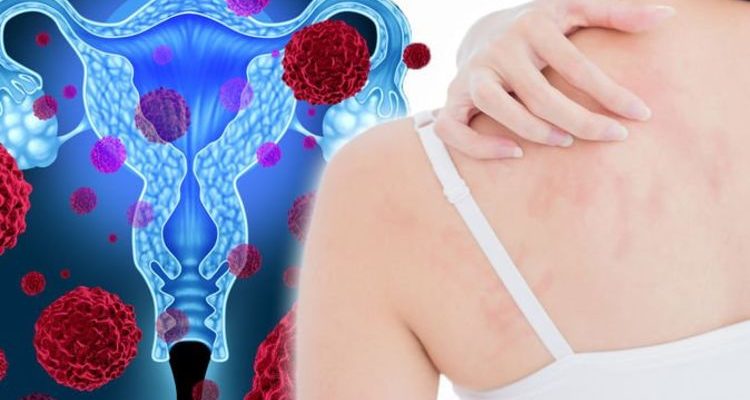 Ovarian cancer is one of the most common cancers to be diagnosed in women, but it’s rarely spotted in its earlier stages. You may be at risk of the disease if you develop an unusual skin rash.

Ovarian cancer is a serious disease that affects the ovaries in women.

The ovaries are a pair of small organs that store a woman’s supply of eggs.

But, the cancer is often missed until its later stages, which lowers the chances of a full recovery.

That’s because the symptoms of ovarian cancer are often similar to less serious conditions. 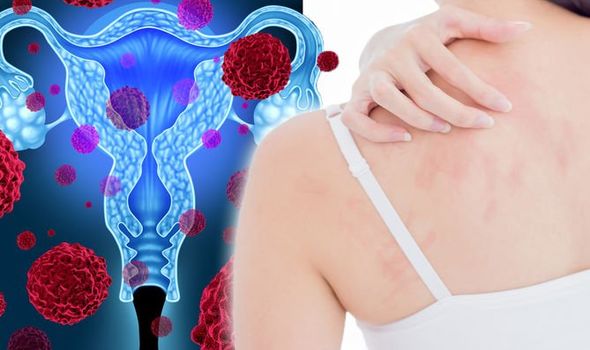 You may be at risk of ovarian cancer if you develop a distinctive skin rash.

The rash may be a sign of dermatomyositis; a rare inflammatory disease that has been linked with ovarian cancer.

The rash is usually patchy and may appear a bluish-purple colour, according to medical website Healthline.

Dermatomyositis could also be accompanied by difficulty swallowing, and muscle pain.

“It’s easy to overlook the early symptoms of ovarian cancer because they’re similar to other common illnesses or they tend to come and go,” it said.

“Ovarian cancer can also cause other symptoms, such as fatigue, back pain, [and] dermatomyositis (a rare inflammatory disease that can cause skin rash, muscle weakness, and inflamed muscles).

“These symptoms may occur for any number of reasons. They aren’t necessarily due to ovarian cancer.

“Cancers are best treated when detected early. Please consult with your doctor if you experience new and unusual symptoms.” 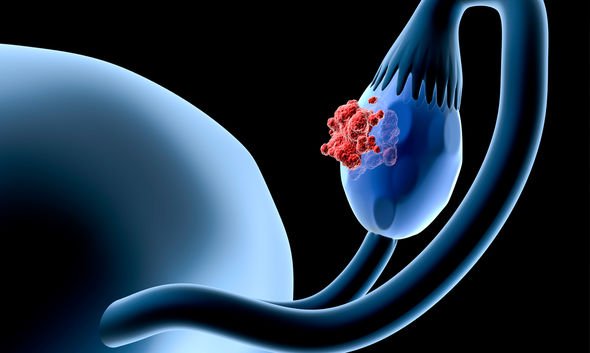 But just because you develop a new rash, it doesn’t necessarily mean that you have ovarian cancer.

Dermatomyositis is a rare skin condition, and not all patients go on to develop ovarian cancer.

The rash is usually the very first sign of dermatomyositis, and can appear on the face, eyelids, chest, knuckles, knees or elbows.

You should speak to a doctor if you’re worried that you may have dermatomyositis.

Dermatomyositis is more likely to be caused by ovarian cancer if it’s accompanied by any of the more common warning signs.

The exact cause of the disease isn’t entirely known, but you’re more at risk of the cancer if you’re over 50 years old, and have a family history of ovarian or breast cancer.

More than 7,000 women are diagnosed with ovarian cancer every year in the UK.